Vitamin B - Good for the Brain and Nervous System

What is the B Vitamin?

Vitamin B, like Vitamin C, is a type of vitamin that is completely soluble in water. This means that it cannot be stored in the body thus we need a daily supply of this vitamin in our diet to be able to function normally.

Vitamin B is important in carrying out the many complex chemical processes that take place in the cells of our body.

The B vitamins are composed of eight distinct vitamins with their unique roles and functions. They are collectively called the vitamin B complex.

Here are the different B vitamins and their importance to our body:

Vitamin B1 or Thiamine - The Energy Vitamin

Vitamin B1 or thiamine

What happens when you lack vitamin B1?

Serious cases of thiamine deficiency can lead to Wernicke-Korsakoff's syndrome, a condition of irreversible psychosis and neurological disorder. It is more commonly a result of alcohol abuse than simply a deficiency of thiamine in the diet.

Aging causes a significant drop in thiamine level. As a person gets older, he experiences poor absorption of fats, galactose, amino acids, vitamin A and vitamin B12. That is why people who are advanced in age must cut down in their fat and protein consumption.

Alcohol consumption diminishes the absorption not only of thiamine but also slows down the absorption of folic acid, thiamine, riboflavin, and biotin.

Foods rich in Thiamine such as tuna, sunflower seeds, black beans, navy beans, green peas, lentils, lima seeds, and sesame seeds are recommended to prevent the signs of thiamine deficiency which could lead to the more serious beri-beri.

Vitamin B2 or riboflavin

A study published in the Official Journal of the American Academy of Neurology reported that a large dose of riboflavin is effective in minimizing the duration and frequency of migraine attacks.

Riboflavin has also been used in the treatment of jaundice among newborn infants.

Signs of riboflavin deficiency are:

Riboflavin has a yellow-orange to deep yellow-orange in color. Because of its vibrant and attractive color, riboflavin is used as food coloring and food additive in various food items such as sauces, breakfast cereals, pasta, cheese and infant food. However, it cannot be used as additive to beverages and drinks due to its insolubility in water.

Vitamin B3 or niacin or nicotinic acid

What good does vitamin B3 do the body?

It has the ability to improve the body's endothelial tissues, prevents inflammation of the blood vessels and protects against thrombosis or blood clotting which can obstruct the smooth flow of blood through the body's circulatory system.

It aids in weight loss as it has the ability to reduce the amount of fats in the body.

Another important role of niacin is its ability to repair damaged DNA and to produce steroid hormones in the adrenal glands.

Niacin comes in many other forms such as nicotinamide and the more complex amides. Nicotinamide can be converted into niacin.

Even if these two substances are identical, they do not have similar functions. Nicotinamide does not have the ability to reduce the body's cholesterol level, and it does not cause flushing or the reddening of the skin.

Deficiency in niacin has been associated with deficiency in other vitamins like nightblindness, osteomalacia, rickets, scurvy, pellagra, and beri-beri.

Very serious cases of niacin deficiency can lead to pellagra, a disease characterized by the appearance of lesions in the neck which resembles a necklace

Nuts, Legumes and products made of whole grains

Vitamin B5 or pantothenic acid

Pantothenic acid is believed to be effective for the treatment of acne and obesity.

It takes part in the oxidation of carbohydrates and fatty acids.

Coenzyme A which is the most important coenzyme in the body is produced from pantothenic acid. It plays an important role in the production of amino acids, cholesterol, steroid hormones, neurotransmitters, fatty acids, ketones and phospholipids.

Vitamin B6 (Pyridoxine) - For Healthy Blood and Bone Marrow

Pyridoxine is stored in the body in the form of the co-ezyme of vitamin B6, pyridoxal 5-phosphate.

Pyridoxine is important in the synthesis of fats and amino acids, nicotinic acid and hemoglobin. It also takes part in gluconeogenesis.

Vitamin B7 (Biotin) - The Hair and Skin Vitamin. It protects us from skin diseases and hair loss

Vitamin B7 or Biotin or Vitamin H

Biotin is the B vitamin that prevents hair loss and skin diseases.

Biotin's important role is to promote proper metabolism of amino acids and fats, and the growth of new cells in the body.

Biotin is important in the breakdown of branched-chain amino acids, and in the manufacture of fatty acids and glucose.

Vitamin B9 or Folic Acid

Folic acid protects newborn babies from spina bifida which happens when the pregnant mother's diet is deficient in folic acid before and during pregnancy.

Research studies show that folic acid transcends its role as the B vitamin that prevents spina bifida. It is believed to be capable of preventing not only spina bifida but also other congenital defects, such as Down's syndrome, dementia, various affective illnesses, cancer and other pregnancy complications.

Folic acid also has the ability to lower the body's homocysteine levels indicating that folic acid supplementation may be effective in the prevention and treatment of cardiovascular diseases.

Folic acid is necessary for the manufacture of new cells, for DNA and RNA production and for preventing cancer by protecting disturbances to normal DNA functions.

Pteroylglutamic acid which is oral folic acid is considered non-toxic when used by normal individuals but can pose danger to patients suffering from pernicious anemia. Previous research suggest that folic acid supplementation can interfere with absorption of zinc in the intestines but this needs futher study to prove this claim. 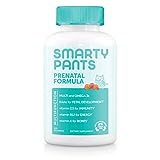 You should eat these kinds of food to protect you from birth defects and other illnesses brought about by folic acid deficiency in the body:

different types of nuts and seeds

Vitamin B12 or Cobalamin

Vitamin B12, the cobalamin-containing B vitamin, takes part in the metabolism of fats, proteins and carbohydrates. It is an important element in the production of blood, and normal brain and nervous system function.

Breakfast cereals that have been fortified with vitamins are a rich source of vitamin B12 for vegetarians and the elderly.

Deficiency of vitamin B12 in the diet

Vitamin B12 deficiency is not so much of a problem in the Asian region but it is a serious problem in Africa, Mexico, the Indian subcontinent and Central and South America.