Weight Loss Secrets from Around the World, Starting with the Japanese and Korean

As a certified health and wellness coach, I love discussing food, health benefits, and how to keep weight in check.

After writing the hub “Chinese Girl Shares Chinese Weight Loss Secrets,” I’m keenly aware that other cultures have their own weight loss secrets as well. We’ve all heard of the French paradox, the Mediterranean diet and the Okinawan phenomena but there are more out there. So, being the self-appointed research sleuth that I’m, I set off on a global search to hunt down weight loss secrets. My fingers did a lot of walking across the keyboard, my eyes took in a whole lots of sights (words and statistics, books) and my brain did loads of sieving through the information to arrive at some solid secrets. These are presented to you in bite-size morsels of information, so you can easily incorporate them into your daily life and reap the benefits of informed eating to achieve a fitter, healthier you.

Okinawans live on a group of small islands 640 kilometers south of Japan and eat lots of fish and their average BMI is 21.5. Is that it? The fish diet? According to Bradley Willcox, M.D., co-author of The Okinawan Diet Plan, Okinawans know a thing or two about how the brain is wired—their traditional diet, they called it hara hachi bu—dictates that they stop eating when they are almost full, actually when they’re 80 percent full. How can you tell when you’re 80 percent full? Do you step on a scale or measure your food before eating? Dieting doesn’t have to be tedious—just listen to your body. Dr. Willcox suggests that you stop eating once “you feel the first twinge of fullness.” Why? It takes time for your brain to realize that you’re actually full—so give your brain a chance to tell you and your body will show the results of such restraints.

Are you tired of hearing that--French woman don’t get fat? They eat three meals a day, for goodness’ sake! Precisely and it is this habit that lends them in good hands. If you skip meals, thinking you’re doing your body a service—starving it into shape—rethink that. According to Dr. David Katz, author of The Way to Eat, skipping meals cause your body to revert to its primal fear of starvation. Your body reacts by over-eating, thinking that it may go into starvation again. Eating regular meals keep your metabolism stable and your body will be so satisfied with the regular feeding that it finds no need to overeat to compensate. Why not jumpstart your day with a healthy hearty breakfast? Research shows that breakfast-eaters are slimmer and possibly happier (no growling stomach to contend with). Which takes us to the next point.

Only 44 percent of Americans eat breakfast and most of the time, they’re grabbing something on the go –egg McMuffins, Starbucks coffee, doughnuts, bagels. If you think about it, they are mostly loaded with sugar and fats. However, 75 percent Germans enjoy a full breakfast complete with whole grain cereals and breads and fruits. We’ve been told that breakfast eaters are trimmer in the long run and now British researchers found a very pictorial way to dissuade you from skipping breakfast. They found that if you haven’t eaten breakfast, your brain’s reward center will light up more vividly when you see high-calorie food. Sad result?—you indulge and run the risk of padding your middle with unwanted calories. If you find an irresistible urge to collect that huge candy bar from the snack dispenser at mid-morning, you know why. 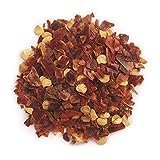 Hands down, Thai food is the spiciest in the world.  Korea uses chili peppers liberally on their kimchi and India has a vast array of exotic spices to season their meats and curries. Spice and all things nice—it will sculpture nice waistlines too, thanks to the fat-busting power of hot peppers. Now, that’s not just the chili lover in me speaking. Various researches have shown that the hit in hot spices can raise metabolic rate and help burn fats.  Love 2-in-1 offers? Hot spicy pepper does that, according to James Hill, ph.D, past president of the American Society for Nutrition—the little kick in hot peppers slows down your eating. OK, so what, right? Refer to point 1—eating slower gives your brain time to tell you you’re full-- an in-built weight loss strategy and you don’t even have to sweat it.

You want to supersize that? No, you won’t be hearing that if you are making an order in McDonald’s in London. Brits prefer smaller portions, by virtue of their natural frugality, a trait mapped into their lifestyle when rationing was necessary during World War II.  In fact, when supersizing was introduced in United Kingdom, it was discontinued after it accounted for less than 0.1 percent of the sales. So, don’t ask for a Double Quarter Pounder with cheese—you’ll get a blank stare and “I beg your pardon?” (they can also be incredibly proper).

Come to think of it—who needs supersizing? Pare down your portions and a trimmer body will follow suit.

Does eating out make your waistline expand? Unfortunately yes--in fact, the declining practice of cooking in correlates closely to its obesity rise in society.  Foods from restaurants and fast-food joints are higher in saturated fats and calories and eating out often can pack those pounds in.  The average American family spends 37 percent of its food dollar on eating out, according to the U.S. Department of Agriculture statistics.  The Poles, on the other hand, only spends five percent of their family budget on eating out.  Encourage weight loss by cooking in—you get to decide what goes into your meal and enjoy healthier foods as a result. 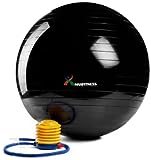 For those of you who enjoy exercise, you’re already on the right track. If not, take a lesson from the Finns—their favorite outdoor activity is Nordic walking. It may sounds exciting but there’s nothing glamorous about this sport. All you need is a pair of inexpensive, lightweight walking poles. But don’t let that mislead you—Nordic walking works the muscles in your shoulders, arms and torso—which translates to a total body workout that actually burns 20 percent more calories, according to a study at the Cooper Institute in Dallas.

If Nordic walking is not your thing—it’s alright—exercise can take the form of many things—any form of activities that burn calories will do. Just remember, writing (I know, hubbers love this activity) is not one of them, even if you move your fingers a lot.

A little nap a day keeps weight gain at bay. In Japan, it is a common practice to enjoy a daily 20- to 30 minute nap each day and they have one of the lowest obesity rates in the world. According to James Maas, PhD, a sleep researcher at the Cornell University and author of Power Sleep, depriving your body of sleep constantly can increase the risk of weight gain. Sleep deprivation signals your brain to release ghrelin, the feel “hungry” hormone. Now, that’s not a good thing—many people mistake their need to sleep as hunger and instead of getting some much needed shut-eye, they feed the hunger.

There is growing evidence that acetic acid found in vinegar is an effective fat burner. Acetic acid also lowers blood sugar levels and reduces blood pressure. The Hungarians are famously known to enjoy pickled foods from pickled cucumber to bell peppers to tomatoes.  Enjoy tart treats made with vinegar and give your body the ammunition to fight fats. Don’t like pickles? How about using olive oil and vinegar on your salad instead of fat-based dressings like thousand islands or ranch? Healthy monounsaturated oils like olive oil, safflower oil, grapeseed oil not only promote heart health, they are a class of fats that actually fight fats. 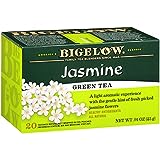 Chinese people love a cup of hot tea (oolong, jasmine, chrysanthemums) with their meals. The Japanese prefer green tea and the South Africans are known for drinking rooibos tea. According to Fred Pescatore, M.D., president of the International and American Association of Clinical Nutritionists, “Tea drinking cultures generally have lower rates of obesity.” The tea’s polyphenols, catechins are endowed with fat-burning capabilities. Substitute soda, calorie-loaded coffee drinks, smoothies for zero fat calories fat-burning teas and save thousands of calories per month.

Singapore and countries near the equator

If you live near the equator, nature is definitely on your side in this weight battle. In Singapore, the humility and the heat come together to produce a natural sauna. Step outside the comforts of any air-conditioned building and the heat envelopes you in a sweat-inducing drench. Water lost through perspiration can reduce weight, even if it’s not a long-term fix. To take the sauna effect to the next level, Singaporeans are often found eating spicy food in the heat of the day, inducing even more perspiration. They walk a lot too—to the bus-stop, to the supermarket, to catch a ride on the Mass Rapid Transit (MRT) and to their favorite food haunt to eat. I can go on and on about the many built-in weight controls that are inherently Singaporean, given the fact that I’m from Singapore, but I stop here before somebody tells me I’m biased. Well, I’m partial, how about that?

Of course, there are more weight loss secrets out there but who wants to read an article that goes on forever? Suffice to say, eating is a blessing (the Chinese are famous for saying that) and eating should be enjoyed…take a lesson from the French too—they excel at leisurely family meals and on average, 92 percent of French families dine together nightly. Take time to enjoy your food while you’re at that—according to Dr. Pescatore, “lengthy meals actually encourage less eating.”

Take these weight loss secrets and build them into your lifestyle and this weight battle may be less daunting than you think.

Other weight loss articles by the same author:

Why are Thai people so skinny? http://hubpages.com/hub/Why-Are-Thai-People-So-Skinny--Try-Thai-Green-Curry

How to trim the waistline without going on a diet: http://hubpages.com/hub/How-to-Trim-the-Waistline-Without-Going-on-a-Diet

Foods that get rid of belly fat: http://hubpages.com/hub/Whittle-Away-Belly-Fat

Vinegar is a fat-burner: http://angeline-oppenheimer.blogspot.com/2009/10/have-you-had-your-vinegar-today.html