Migraines affect more than 28 million Americans. Migraine headaches are more prominent among women than men. A migraine is an extremely painful headache involving pain that pulsates in your head and causes excruciating discomfort and debilitating effects for the person suffering from it.

Migraines can be accompanied by nausea, severe pounding in the head, and a strong sensitivity to light and noise. It used to be thought that the headaches and discomfort associated with vascular problems in the brain.

Recent studies are showing that migraines may be more of a neurological problem that is related to waves of activity in the nerve cells that go across the brain. It may be a malfunction in the brain stem. The more medical science learns about migraines, the closer they will get to developing new and effective treatments for this disorder.

Four Stages of a Migraine

A migraine headache has 4 stages to it, but not everyone who gets migraines suffers from all 4 stages. .

Prevention and treatment of migraines has not proven to be very effective. As science learns more, they can tailor the drugs to target the disorder more specifically, and with fewer side effects. Because migraine treatment has been so inadequate, many people do not even seek medical treatment for their discomfort.

Researchers are now looking to identify gene mutations that may be the cause for inheritable reasons that a person may have migraines.

More women get migraines than men. 25% of these women have 4 or more migraines a month. Over ⅓ experience anywhere from 1 to 4 severe attacks per month. Migraines can last from a few hours to several days. 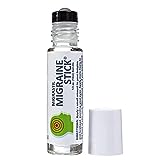 Science doesn’t quite understand the reason migraines come about. They do know that they affect changes in the brain. Genetics also may play a role in these types of headaches. Weather changes, bright lights, being tired and other reasons may trigger the onset of these headaches.

There are many triggers of migraines including emotional stress. When a stressful situation occurs, chemicals are released in the brain as part of the fight or flight response. These chemicals cause the vascular changes previously discussed to occur. Anxiety, excitement, fatigue, and worry can cause muscle tension, and expanded blood vessels and exacerbate the problem.

Food and the chemicals and preservatives used in food preparation can also cause migraines. These include:

MSG has been implicated as a trigger in as many as 30% of migraines.

Some people with certain medical conditions may be more predisposed to migraines:

There is a strong correlation between migraines and genetic factors. 80% of migraine sufferers have a family history of a relative also having migraines. A child has a 50% chance of getting migraines if one parent has it also. When both parents ha

In addition to nausea and light sensitivity, other symptoms include, loss of appetite, feelings of being warm or cold, dizziness, paleness, sensitivity to odors, abdominal upsets and pain, blurred vision, diarrhea, and on occasion, a fever.

Migraines have no cure. It is thought that drinking red wine, and lack of sleep are some of the triggers that can bring on a migraine. Relaxation techniques can help reduce the effects of these headaches.

For some people, over the counter medications may work on the migraine.
Naproxen, acetaminophen, ibuprofen, Excedrin and others are the first attempts to get rid of the headache. Some doctors may prescribe serotonin agonists if the headaches don’t respond to over the counter medication. Some antidepressants and SSRIs may also work. There are other prescribed drugs that may work on migraines.

When it comes to migraines, even holistic medicine may help.