What is Really Wrong with me?

In November of 2011 I wrote a Hub entitled The Scourge of Chronic Sinusitis and GERD Combination and now it is exactly four years later in 2015 and not too much has changed, except that now I also suffer from BPH. One thing that all of these conditions have in common for me is that absolutely no medication helps! I have been left feeling angry, frustrated, depressed, exhausted and disillusioned with doctors.

Let me start with my GERD. For years I have been suffering from occasional episodes of excruciating pain in my stomach and chest, usually occurring early in the morning. These episodes became quite frequent while I was working at BIDMC Medical Center in Boston. Two or three times I simply went to the Emergency Room where nothing was done. Eventually the pain went away. After the first ER visit I was given an endoscopy and was diagnosed with GERD and gastritis. I was put on a proton-pump inhibitor. I had no more heartburn, but the attacks continued. After retirement I moved to Malaysia in 2008, but my attacks continued. One time it was so bad I went to the ER in Penang, the city where I lived. For the first time since I had suffered from these attacks I was given an injection of the painkiller, morphine. Not once did I receive anything for the pain in the US. Once again I was diagnosed with gastritis and the dosage of my Omeprazole was increased. I went home feeling good and to await the next attack!

In 2014 I moved back to the US and settled in the Rochester, NY area and had my first attack here in March. I went to Unity Hospital ER and begged for a pain killer which I received. I was sent home with a diagnosis of severe gastritis. My PCP tried me on another medication hoping that would work. On Labor Day, five months later, I had a very bad attack and ended up in the ER of Strong West Hospital (University of Rochester) in Brockport. I was given a pain killer and asked if I ever had Pancreatis or Gall Bladder trouble. I answered no and the doctor said, "well you have it now!" I was transferred to the main hospital at the University of Rochester Medical Center, where an Ultrasound was performed. My gall bladder was full of stones and was removed in emergency surgery. For all of these years I have been suffering from gallstones, but no one knew! It's been over a year since my surgery and I have not had any abdominal or chest pain! I wrote an article in my blog, called "My First Medical Emergency-Strong Memorial Was There" detailing this adventure.

My newest malady is BPH or Benign Prostatic Hypertrophy, which is a condition affecting just about every male over 50 and becomes more pronounced the older you get. I lose a great deal of sleep over this condition and it is very annoying. Can't drink beer like I used to! But I guess I have to live with it, as none of the medications I have tried have done a thing. It is not severe enough to warrant surgery, which I really don't want. I also suffer from IBS, which is another condition for which there is no cure or medication that helps. Like BPH it is just another very bad inconvenience. I have tried changing diets, more exercise and probiotics, to no avail.

Living with the inconvenience of BPH and IBS is annoying, but it doesn't diminish my quality of life significantly. My gall bladder attacks are a thing of the past, for which I am grateful. What really frustrates and depresses me are my breathing problems, which have been attributed to Chronic Sinusitis and/or GERD. As detailed in my Hub,The Scourge of Chronic Sinusitis and GERD Combination, I have shortness of breath, constant post nasal drip and difficulty breathing when there are changes in the weather and when the sun goes down. The night air is really a problem. As the darkness descends my nasal passages open up and my sinuses begin to drain profusely. I cannot take a deep breath and I have difficulty completing a yawn. Just walking in the night air is enough to leave me breathless. I have explained these symptoms to doctors in Boston, Malaysia and here in Rochester, and they simply say it's GERD, or Sinusitis. They don't seem to believe me when I say I'm allergic to the "weather"! I have been prescribed every known medication for COPD and asthma, but nothing helps. I use an inhaler which helps for maybe 15 minutes. I have tried using a Nettle Pot, which doesn't help and at times even aggravates the situation.

Not being able to breath normally is very depressing since I am not able to do anything outside at night or even take a short walk in the woods to enjoy the fall colors. I can only do limited aerobic exercise in the gym, which makes it difficult to lose weight. I would love snorkeling , but I can't. I would love to ride a bicycle around the neighborhood, but I can't. I would love to play tennis and other outdoor games with my spouse, but I can't. There are so many things I want to do, but I can't. What really angers me is that the doctors I have seen don 't seem to care! I think they do not want to admit they don't know what is wrong with me.

I have searched and searched on the Internet and have found that there are many people suffering from the same breathing problems that plague me. I have read story after story on many health forums by people suffering as I do. Not only do they suffer the same as I do, but they all have not been given any help or hope. As with me, their doctors simply do not know what is wrong with them! I am exhausted, angered and frustrated, but I will simply not give up looking for some way to help me breath and live a normal active life. 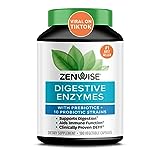 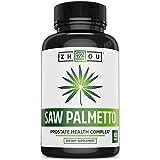