When the coroner comes knocking

It’s been three months and two days since my world came crumbling around me. It still hurts like it is still June 6, 2011.

Some of it vivid and sharp and painful. Other parts are a surreal blur. I woke up to knocking on the front door at 7 a.m. It was a Monday. It was bright and sunny and hot. I opened the door and there was a woman standing there in a gray polo shirt with some kind of emblem on it. She introduced herself, but I was too confused to understand. Her hair and eyes were the same color gray as her shirt. I don’t remember seeing any cars in the drive away. She kept referring to my son by is middle and first name as if they were his given and surname which confused me further.

There must be some mistake...

There was a policeman in dark blue, or was it black, uniform. I think he was from my county. The woman kept asking me if I was James Logan’s mother. Did he live here? Was I his mother? I remember feeling like some icy hand was squeezing my heart. My mind was racing….”where they looking for Logan? Was he in trouble? Did he get in a fight? Were they trying to arrest him? Was he in an accident?”

She handed me his driver’s license and my stubborn disbelieving brain start to grasp the reality of the situation. I looked at the license and away from the gray lady. I turned to the policeman. He didn’t look much older than Logan. I looked at him and said, “You are going to tell me my son is dead, aren’t you?” He nodded and looked at his feet. Even though the gray woman, the county coroner , was standing directly in front of me, her voice sounded a million miles away when she said, “Yes, I am sorry.” I think what followed was screaming. The neighbor across the street heard me.

The gray lady asked me if there was someone I could call. “My husband. I need to call my husband.” My shaking fingers couldn’t dial the phone. When I finally managed to get them to work the call went straight to voicemail. I tried again. And again. And again. I threw the phone across the room. She offered to do it. “No, I have to do it. “ That time I got through. “Honey you have to come home right now. Logan is dead.” He couldn’t understand me; I was crying uncontrollably. Maybe like me he didn’t want to believe it. “My baby! My baby is dead!” I wailed. The gray lady took the phone from me. She talked to him. I got a blanket and sat on the couch. The policeman was gone. When did he leave?

She asked me if I could call someone to come and wait with me until my husband got home. No. Everyone was too far away. I just sat there with the gray lady. She said it was suicide. He shot himself with his roommate’s gun. When was the last time I saw him? “Yesterday. He seemed ok. A little down but not suicidal by any means.” I told her was Bi-Polar, had Obsessive Compulsive Disorder and Social Anxiety. She talked about her son. Her grandson.

I really needed to hear a familiar voice. I didn’t know what to do. I still had my cell phone in my hand. For some reason my old Army friend’s number was staring up at me. I called him. It was 6 a.m. where he was, but he answered. I told him what happened and I needed him to tell me I was going to be ok. Because if Barry said I was going to be ok. Then I felt I would.

Immediately I had to answer questions from the coroner, the gray lady, about Logan’s medical history, and medication. Was he an organ donor? “Yes. He and I had talked about that.” All of these things have to be answered and addressed as quickly as possible. She told me a woman from the donation place would call me. Did I want to see him? “No. I don’t know. Maybe.”

At some point I called work. I told Cat, “I’m not coming to work today. I don’t know when I will ever come back. Logan is dead. He killed himself.” She started to cry. She said she would tell the boss. I hung up.

My husband came home. It seemed like an eternity to me. It was only thirty minutes. The first thing we had to do was tell Logan’s sister. Ironically, she had just moved to her own place on Saturday. We were on our way when my best friend, boss, and entire office showed up at my house. When Bea hugged me I fell apart.

I barely remember going to see my daughter. I remember telling her. I remember asking her if she wanted to come home with me. She didn’t. Her ex-boyfriend came to stay with her and stayed by her side in the days and weeks that followed.

I had to call his dad. We hadn’t talked in years. I called the post chaplain where he was stationed in the Army.

We went to the coroner’s. To the funeral home. More questions. More decisions. More times having to say “my son is dead.” It didn’t get easier. It hasn’t gotten easier. I went to the morgue to see him. I had to be sure. Maybe they made a mistake and it wasn’t Logan. I still have to force that image away from my mind and remember his smiling visage. He had an amazing smile.

As horrible as that day was, and the days that followed, what I remember most is how much everyone did to help. I remember how they all seemed to be at such a loss for words, at a loss as to what to do. It didn’t matter. All that mattered was that they cared and they were there.

Mostly I was stunned, numb, in a daze. I got through that week by inertia.

I am still working through this grief. I still cry every day. I miss him immensely.

I have written this in my head a million times. I needed to put it down on paper. To give it an audience.
I believe here, among a community of writers there will be an understanding of why I need to do this. The rest of the story is about what a wonderful son, and man he was. 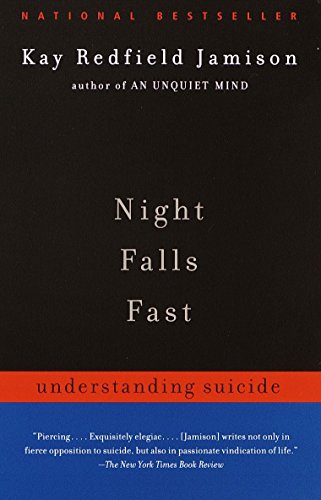