Why Are the Pennsylvania Amish Raising Camels for Camel Milk? The Benefits of Camel Milk.

I live in the heart of rural Pennsylvania. It is common to pass Amish stands on the side of the road. I saw one selling camel milk and camel milk cheese, which bewildered me so I thought I'd investigate. When you think of Pennsylvania, more specifically the Pennsylvania Amish one of the last things you think of are camels. Camels are associated with deserts but they are very adaptable. Some can even thrive in the cold of Russia! I've learned that camel farms are not just starting in Pennsylvania but all over the United States.

The FDA passed a bill in 2009 permitting the commercial sale of camel milk in the United States. Because it is not easy to find (at least in this area) and there are many health benefits linked to drinking camel milk it is no wonder the Amish want to start camel farms and sell the milk.

Have you ever tried camel milk? 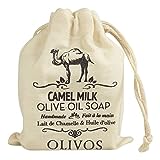 •Camel milk is the closest milk to human mothers milk making it easy to tolerate. In many countries camel milk is given to babies suffering from malnutrition.

•Camel milk is a whole food. This means it has enough nutrients to sustain a person through the day

•Camels milk is lower in cholesterol than cow milk

•Camel milk can be used as a precautionary in ulcers

I've never tried camel milk but I hear it tastes saltier than cow milk. I haven't seen camel milk anywhere else so I think next time I pass that stand I will pull over and and give camel milk a try!