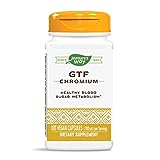 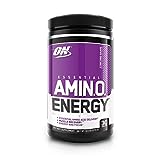 Insulin and blood sugar or glucose easily come to mind when talking about diabetes. The key is forgotten. It’s like going for a long trip. The car is in running condition, full with gasoline. When you start it, you don’t have the key. The key to diabetes, especially Type 2 or adult-onset diabetes, is chromium.

Diabetes is the “sixth most common cause of debilitation and death, contributing to 50 percent of all heart attacks and 25 percent of all strokes in the United States” (Walker, M., M.P.D. The Miracle Healing Power of Chelation Therapy. 1984:48).

“...Type 2 is the leading cause of kidney failure and new cases of blindness in the United States” (Reaven, G. et al. Syndrome X. 2000:39). Diabetes Type 2 strikes “over 100 million people worldwide.” The blindness referred to is diabetic retinopathy.

Normal sugar level is 70 to 100 mg/dl. Insulin is secreted by the b-cells of the Islets of Langerhans of the pancreas. Insulin is composed of 51 amino acids. Diabetes occurs when insulin is inhibited from doing its work (diabetes Type 2), or due to lack of insulin (diabetes Type 1) that maintains a normal amount of blood sugar, also called glucose, or dextrose. A high level of glucose remains in the blood stream that should be stored in muscle cells and in the liver in the form of glycogen.

Take a look into one explanation of insulin-dependent diabetes. Type 1 diabetes can be inherited through an oncogene if one of the parents had Type 1, or had a previous attack of a parasitic virus called phage. The phage changes the beta-cells of the pancreas to attract viral attack (Edelwich, F. Caring for Your Emotions as Well as Your Health. 1986:35). A phage is a retrovirus, one of several kinds of virus. It gets into the body as RNA (ribonucleic acid), looks for a cell that fits its shape and size then inserts itself. Once inside, it takes hold of the DNA (deoxyribonucleic acid, the heredity material) of the host cell using it to reconstruct its own DNA. It multiplies its population, doubling it every 20 minutes. When the host cell becomes overly full, it bursts releasing a lot of the virus that infect other host cells. The victim is all the more susceptible when he is stressed. Oncogene is a kind of gene. Phage is a virus that parasitizes bacteria, like salmonella (for example, Salmonella typhi , the cause of typhoid fever).

Another explanation goes this way: “Type I diabetes develops when the immune system attacks and kills the cells in the pancreas that produce insulin” (Cummings, M. Human Heredity, Principles and Issues. 1988:336). The mechanism is as follows: when virus attack the pancreas the macrophage of the immune system shoots them with free radicals (nitric oxide) killing the infected cells, including the virus, but also hitting (and killing) healthy pancreas cells.

There are three kinds of nitric oxide synthase. The inducible form (iNOS) is an “important inflammatory mediator expressed in macrophages, vascular smooth muscle and other cells in response to immunological stimuli (Palmer et al. 1992)....” (Spieker, L.S. et al.). That stimulus can be a viral attack.

NO, being a free radical, has one free electron that is unstable. The macrophage shoots the infected cells with NO accelerated by the enzyme iNOS. However, some NO also strike healthy beta cells of the pancreas. The healthy cells get injured.

Let’s turn now to Type 2 or insulin insufficiency. In one version, it is similar to insulin-dependent diabetes in that the pancreas produces small amount of insulin.

In another version, the pancreas secretes a lot of insulin but they are ineffective in driving the extra blood sugar for storage in muscles cells or storage in the liver in the form of glycogen.

Insulin resistance develops into Type 2 diabetes. Insulin resistance means that plenty of insulin is secreted by the pancreas but fail to escort glucose into cells. Why? Insulin resistance is triggered by few receptors for insulin, injury of insulin receptors by free radicals, and lack of chromium. To compensate for this resistance, the pancreas secretes extra insulin but in the long run the pancreas conks out and diabetes type 2 sets in (Kamen, B. Ph.D. The Chromium Connection. 1990). Chromium binds insulin to insulin receptors of the cell facilitating the entry of glucose.Chromium is involved in both diabetes and hypoglycemia, the opposite of diabetes. I have a Hub "How to Counter Hypoglycemia (Low Blood) conradofontanilla.hubpages.com/hub/How-To-Counter-Hypoglycemia-Low-Blood-Sugar

The repeated release of extra insulin results in the reduction of insulin receptors (Cummings, M.R. Human Heredity: Principles and Issues, second edition. 1988:370). Suppose there is a party where there are 100 bachelors and 10 ladies. Only bachelors with a lady partner can eat a slice of cake, therefore only 10 bachelors can eat cake, the other 90 can’t help but just watch. Insulin is like the bachelors, the ladies are like the receptors, and glucose is like the cake. A lot of extra glucose is left unused and unstored leading to Type 2 diabetes. Extra insulin and sugar are not absorbed by cells. As diabetes progresses, the body tries to overcome resistance by releasing extra insulin. Now fat cells become resistant, too, and blood sugar and insulin become trapped in the blood stream (Heller. R., M.D. and Rachel F. Heller., MD. The Carbohydrate Addict’s Life Span Program. 1997:97). And Type 2 diabetes becomes even worse.

A receptor is like a tube that protrudes outside and inside the cell membrane or membrane of the nucleus. A cell may have around 500 receptors or thousands. A receptor is like a parking lot or a point of attachment through which a neurotransmitter or a hormone delivers its message to constituents inside the cell or nucleus which is found inside the cell. Thus, the hormone can have its effect on the cell or the nucleus without getting inside. There are several kinds of receptors: insulin receptor, adrenaline receptor, testosterone receptor.

Insulin attaches to a receptor to be able to drive glucose into the cell. A receptor can mutate (Cummings, M. D., Ph.D. Human Heredity, Principles and Issues. 2009:241). Spontaneous or random mutation can change the receptor. One cause of random mutation is the free radical.

Free radicals damage the receptor for calcium allowing entry of extra calcium causing an imbalance in the calcium/magnesium ratio resulting in contraction of heart muscles (Cranton, E. MD. and A. Brecher. Bypassing Bypass. 1984). Similarly, the receptor for insulin can be disfigured such that insulin and receptor do not fit together resulting in failure to drive blood sugar into the cell.