Why We Dream: Do Dreams Really Come True?

"We are such stuff as dreams are made on." -- Shakespeare, The Tempest

Why do we dream?

The reason behind the dreams that we all confront almost every night is still a mystery in the psychological world. Is it connected to memory? Emotions? Is it a coping mechanism or a link to parts of us we never recognize when conscious? No one really knows. According to Psychology Today, "dreaming has been seen as critical for learning, or at least important for solving problems—or as nice but unnecessary. It's an emblem of mental illness—or a safety shield deflecting it."

One theory is that dreams act as a way of keeping our brains active, something that it desires to do even when the body needs its rest. During the night, while it has full reign and the body retires, the brain may even function at higher levels of activity than it does during the day. Without the distraction of dreams, the brain might keep us up and going even though the body needs its recovery time. Basically, the brain works out at night more than during the day, while the body works opposite, like taking shifts where one rests and the other gets moving.

The Role of Dopamine in Dreams

Dopamine has a lot to do with that drive to go out and do something once a dream is over and the person is awake. This neurochemical, according to scientists, helps bring our thoughts out and get us ready for action in goal-directed behavior. This is why it isn't surprising to wake up thinking that maybe the dreams you just had are a sign for what you need to do in life, whether it's to spend more time with the kids or take on that new promotion. However, for the most part, people wake up without any set goal in their minds, but still a drive to get things done as if they had a specific goal in mind.

Another interesting aspect about dopamine is that it is also tied to hallucinations. This makes a link of sorts between dreaming and hallucinating, which is perhaps why some dreams seem so real that it feels like they actually happened. According to French neuroscientist Claude Gottesmann, "dreaming and schizophrenia have the same neurochemical background."

At the same time, dopamine makes the brain give importance to its own thoughts, so that everything experienced when this chemical is released seems to have a significance it may not actually have at all. 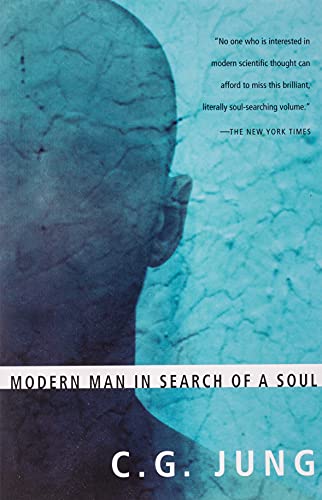 Modern Man In Search of a Soul
Buy Now

Do you think dreams are significant?

Another theory about dreams is that they are a fragmented replay of daily experiences. Since the brain is functioning at a higher level, it is able to take these random pieces and put them together to form a story. The only problem with this theory is that it doesn't cover a lot of bases like why dreams sometimes seem to come true and why we have terrible nightmares with monsters or why some dreams seem to carry some kind of significance for life choices and circumstances.

Some scientists like Carl Jung believe that dreams not only bring up memories but also bring to light those concerns and issues in our lives that are buried deeps within our psyche. The goal of the brain in its heightened state is to bring the consciousness into harmony by addressing this issues and giving your conscious self a purpose. Jung says that “what we consciously fail to see is frequently perceived by our unconscious, which can pass the information on through dreams. Dreams may often warn us in this way; but just as often, it seems, they do not."

With Jung's theory, the fact that people feel that things that occur in their dreams seem to come true makes sense. The subconscious is warning the conscious mind about what may occur and sometimes it is correct, which is why it's warnings come true. It can also be the reason behind people waking and feeling like their dreams are helping to influence their decisions.

Are Dreams Significant to our Lives?

There are many theories out there but no one is certain yet about why we dream. There is no denying the power of a dream that leaves us wondering about what to do next or that gives us the drive to make that big decisions. Yes, there is significance behind dreams, even if they seem completely random and out there. It is important to look into what your subconscious might be trying to tell you, if you listen and pay attention, you may be surprised at what you find.