Why You Should Sleep More

Why You Should Sleep More.
Sleep is a naturally occurring state of mind and body,which typically recurs for several hours every night, in which the nervous system is inactive, the eyes closed, the postural muscles relaxed, and consciousness practically suspended. Sleeping is essential for a healthy living, just as important as other life sustaining activities like eating, drinking and breathing. There have been lots of researches on why we sleep, though scientists do not have clear answers yet, the research has not been a waste of time. We have more insight about the functions of sleep today. Some of the functions of sleep generally accepted by scientists are :

How Much Sleep Is Enough?
We often mistake the amount of sleep we can get by with as the amount of sleep required to function properly.
While you may be able to get by with six to seven hours of sleep ( some get by with four to five), it doesn't mean you're getting enough sleep.While adults need seven to nine hours of sleep per night, one-year-olds need roughly eleven to fourteen hours, school age children and teenagers between eight to eleven. During these critical periods of growth and learning, younger people need to sleep more for proper development.
Sleep deprivation.
Sleep deprivation occurs when an individual gets less than the required amount of sleep that they need to feel awake and alert. When you fail to get your required amount of sleep, you start accumulating a sleep debt. A debt which would cost your body dearly if nothing is done about it.
According to a study by the Centers for Disease Control and Preventions (CDC), 1 in 3 Americans do not get enough sleep. Another study by Scientific American shows that 20% of teenagers get less than 5 hours sleep while the average is 6.5 hours.
Sleep deprivation can be compared to alcohol intoxication. You wouldn't want to go about your daily routine intoxicated, would you? That would be dangerous. It's just as dangerous to go about our lives sleep deprived.
What are the signs you're not getting enough sleep?
You're not getting enough sleep if :

Some of the risks associated with sleep deprivation are:

Sleeping better.
We would be doing our mental and physical health a huge favour if we begin ( or continue ) to sleep well. Failure to do so and we know too well by now how costly it could be for us. Here are few tips that could help you sleep better.
Keep a regular sleep-wake schedule. As much as possible, make sure that your bedtime and wake up time is the same everyday. This helps set your body's clock system and makes you feel more refreshed, energised and alert than when you sleep the same number of hours at different times. 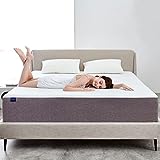 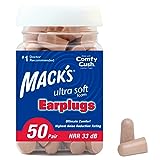