Hair loss affects men more than women. According to a study in Victoria, Australia, 75% of men and and per cent of women aged 80 and over lose their hair. This % increases with age. In America, 40 million men and 30 million women are affected by baldness. Baldness can be total or partial.

On average, we lose anywhere from 50 to 100 hairs each day. This is normal.

By 50 years of age, about 85 percent of men are balding, according to the American Hair Loss Association (AHLA).

In 25 percent of men who have genetic-related hair loss, it starts before they are 21 years old, reports the AHLA.

What exactly is balding?

Anagen phase. The anagen phase of hair on the scalp, or growing phase, lasts about 2 to 4 years. Approximately 90 percent of the hair on your scalp is in this phase.

Catagen phase. During the catagen phase, the hair follicles shrink over 2 to 3 weeks. It’s also called the transition phase.

Telogen phase. In the telogen phase, or resting phase, the hair sheds after 3 to 4 months.

When hair falls out at the end of the telogen phase, new hairs grow in. But when there is more hair loss than growth, balding occurs.

What are the symptoms?

Since the term “balding” is almost exclusively used to describe androgenetic alopecia, the typical symptoms include:

· thinning on top of the head

What are the symptoms of a receding hairline?

From there, the hairline moves back across the top of the head. This often leaves a ring of hair around the top of a bare scalp. Thinning hair may continue to grow on top.

A receding hairline can also begin above the temples, but hair in the middle may stay closer to the forehead. This V-shaped hair growth in front is often called a “widow’s peak”.

The sides and back of the head can eventually become bare, though many men are usually left with some hair unless they shave it all off. In women, the sides and back are typically spared, but the part widens over the top of the scalp and thins considerably.

Causes of hair loss in women

There are a multitude of reasons why women lose their hair. The cause are:

Causes of hair loss in men

Baldness can cause stress to those involved because of the body image and appearance. It can isolate people and can damage self-respect.

People can judge you differently if you are bald. My ex partner's mother did not want to see her son for many years mainly because of him being partially bald. She constantly tried to convince him to have hair transplant. She told him that she was embarrassed that her son is bald. It took many years and her getting old and sick to finally accept her son.

There are a few treatments for baldness if it is not hereditary. A few are listed below: 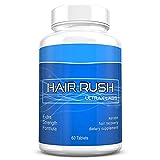 The good news for bald men is:

BALD IS VERY FASHIONABLE THESE DAYS!

A lot of men shave their heads because they believe it is very attractive to women.