Would You Like Some Empathy With That? How Hype-Busting Food Intolarences Helps and Hurts the Chronically Ill

I've had Lyme disease for four years now as I write this article, and I've been correctly diagnosed for one. There are numerous rules for Lyme disease sufferers in regards to what our bodies can tolerate for us to consume. I learned this far earlier than I learned I had the disease.

Sadly, my first lessons were beer and wine. By the time I was initially diagnosed with Chronic Fatigue Syndrome, these lessons fit with the "rules" of that illness. Either one made me sick for days. Over time, I would try again, thinking that since I seemed to be getting better, it might be OK, but I would ultimately learn the same lessons all over again.

I tolerated champagne at a wedding in California and thought I'd turned a corner. With white wines back at home in Montana, however, I had no such luck. In retrospect, the high quality of the champagne was almost certainly a misleading factor.

During my first year or so of illness, I found over the holiday season that I felt great after cocktails, so it became a running joke among friends and my spouse that I could only drink hard alcohol. It has turned out to be true, and I have discovered a deep appreciation for whiskey and bourbon, preferably straight, which at times has actually improved my state of health. My current favorite is Knob Creek, pictured with me above.

There are few other benefits to the food issues that often accompany illness, which sadly accompany many diseases. The consequences of ignoring these issues range from pain to inconvenience to a lower quality of life. This is particularly the case with inflammation-exacerbated illnesses such Lyme disease, fibromyalgia, or Chronic Fatigue Syndrome (to name but a few).

The loss of dairy was hard for me to accept. Beer and wine were obviously trouble. No doctor needed to tell me. Dairy was a different matter.

After being diagnosed with Chronic Fatigue Syndrome following Bell's Palsy (still years away from my correct diagnosis of Lyme disease), I serendipitously sat beside a specialist on plane who made time to see me when we both returned to Montana. Allergy testing was one of his first steps in helping me get symptoms under control, while screening for other diseases and complicating factors.

Casein and dairy intolerances showed up in my blood work. I would not have given up cheese without hard evidence. I needed documentation or cheese would have stayed a happy and normal part of my life.

To clarify the last statement above a bit, though, I was happy consuming it, but not so happy in general in ways I didn't know at the time were related to dairy. Leaving dairy behind made a tremendous difference in my recovery at the time, or at least in my quality of life, since I was still years away from diagnosis and treatment (other than treating symptoms).

Gluten didn't turn up in early blood work. It wasn't necessarily a "rule" of the diseases I was diagnosed with at the time. It is a rule with Lyme disease.

But I had lost over 40 pounds in the first year of undiagnosed Lyme disease. It was hard enough to find foods to eat and to keep my weight up to levels that weren't scary. I wasn't in a hurry to give up any more foods and my Lyme doctor didn't push me to do so early on.

When she later firmly suggested I do a gluten-free trial to address symptoms, I conveniently forgot for a few extra months. I really did forget, and it really was (seemingly) convenient.

As determined as I was that this rule would not apply to me, the reduction in pain, brain fog, and fatigue were too dramatic to deny within the first few days. I was so productive at work that people asked months later at a professional conference what had gotten into me that week (I had proposed a project on a Monday and had overcome regulatory hurdles and began to procure funding by mid week).

I couldn't afford and didn't want to eat non-gluten foods. But the alternative includes too many ramifications, not least among them being pain and idiocy.

Food for the Road or the Trail is a Challenge

My husband works a summer job that allows us to fly for free. Sadly this began relatively shortly before my illness did. So in some ways, time to travel has been more available, but money and stamina have certainly not.

When health and money make travel feasible or even fun, the food issue is a HUGE burden. I'm getting better at asking questions and better at finding options. Gladly the options get easier to find as I figure things out, and I am clearly lucky to have as many mainstream options available compared to ten or even five years ago.

But those options are expensive. And they take a lot more time to think of and seek out. Energy that usually goes elsewhere first. Especially traveling without my husband, as is often the case.

Several Factors Make this even harder.

Heaven Was in Austin: There Was Nowhere I Couldn't Eat! 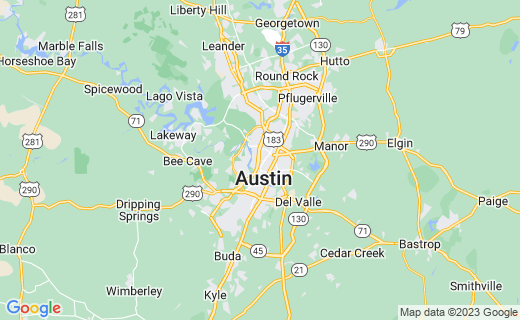 What illness do you most associate with food restrictions?

Pros and Cons of "Hype Busting"

Recent studies and media coverage are focusing on evidence that people's perceptions of health benefits from gluten avoidance are not founded.

This lens continues to fail to make any distinction between optional and non optional gluten avoidance. My experiences so far are that optional versus non-optional dairy avoidance gets lumped into the confusion as well.

There are at least three basic categories of food avoidance that I think are pretty intuitive.

Again, I feel health choices should be respected in the first place. But if each person were treated more like a possible patient and less like a probable trend follower, eating in public would be a lot less difficult and a lot more peaceful.

The new empirical evidence is being interpreted so far as negating people's observations of feeling better with different food choices. The body of evidence from which this inference is being drawn is awfully sparse so far.

Additionally, given the enormous difference in my recovery while avoiding certain foods it seems very rational to me that a less ill body may tangibly benefit from similar changes, and that further explorations will show this to be the case.

The act of "hype busting" therefore sounds good to me if misinformation decreases. It sounds scary to me if it further muddies the water by expanding on unsound inferences about people's motivations for avoiding certain foods and continues to be misapplied to sick people and/or continues to fail to make any distinction.

I think the state of food right now shows that in the long-term, hype busting has been good. In the short term, each round can have unintended (though hopefully temporary) consequences.