Anniversaries are often happy occasions, but coping with the anniversary of the death of a loved one, a natural disaster or a national trauma can be difficult for those left behind.

Remembering, recalling and reliving a tragic loss or traumatic event can be very painful. Anniversary dates often bring up the grief and distressing memories as though the loss is new.

Whether it's the first, the sixth, the tenth or the umpteenth anniversary of a death or a tragedy, for survivors it can be very tough to make it through the days and even weeks leading up to the anniversary and then to live through the actual day of the event.

Coping with the anniversary of the death of a loved one, the loss of a public figure, dealing with the aftermath of a natural disaster such as the Japanese Tsunami and Earthquake or Hurricane Katrina or the national trauma of September 11, 2001 can be very challenging not only for family and friends of the person who has died, but also for survivors and witnesses of these events.

There are many things that survivors can do to make marking the anniversary date a bit easier by taking how you will choose to celebrate into your own hands.

Read on to find out more general information about the normal anniversary reaction to an event and the body's response along with helpful suggestions for coping prior to and on the actual date of the anniversary.

Image of Candle by Cohdra.

What is an Anniversary Reaction or Response?

A sudden unexpected rush of memories, intense emotions and feelings of grief related to the anniversary of a traumatic event.

Dictionary.com defines an Anniversary reaction as...

A psychological reaction, as depression, occurring at a regularly fixed time and associated with the recollection of an emotionally upsetting past experience, as loss of a loved one.

Definition of an Anniversary Reaction

Anniversary dates of a tragic event, the actual date of the death, the birth date of a loved one, holidays or other special occasions are common triggers for an Anniversary reaction or a grief response; this is a sudden unexpected rush of memories, intense emotions and feelings of grief.

While it is normal for many people to experience an increase in distressing memories of the date and of the event, it is also important for the person experiencing these intense feelings to realize these types of reactions are usually normal anniversary reactions.

Nervousness is building ahead

of the one-year anniversary of September 11,

and it's bound to continue

until we get that date behind us.

Image to Honor the Fallen by Kevin Smith.

What you can do when remembering isn't always a Happy Occasion?

There seems to be something about the summer months; the hold the anniversary dates for many deaths and causes of destruction. In fact there were so many deaths during the summer of 2009, it has been called the Summer of Death. This was also the summer that we lost Farrah Fawcett, Eunice Kennedy Shriver and Ted Kennedy.

From the end of June to the middle of September we experience:

With the exception of the death of Mother Teresa, which occurred only days after Princess Diana's death, all of these events resulted in deaths that were sudden, unexpected and unanticipated.

Finding ways to cope with the anniversary of the death of a loved one, the loss of a public figure, dealing with the aftermath of a natural disaster or a national trauma like September 11, 2001 can be very hard. The deaths not only affect the family and friends of the person who has died, but also affect the survivors and witnesses of the tragic events.

Anniversary Reactions are Upsurges in Grief

Grief and Loss expert Dr. Therese A. Rando has this to say about the anniversary reaction in her classic book,

How To Go On Living When Someone You Love Dies.

Anniversary reactions are brief upsurges in your grief that occur during certain times of the year (for example, during anniversaries of important events, birthdays or holidays) or in the presencesof certain stimuli (for example a special, song, photograph, or location).

These are the days on which you are most reminded of your loss by the painful absence of the person who you love.

How To Go On Living When Someone You Love Dies

What are Common Anniversary Responses?

These are often referred to as the anniversary responses, or the body's response to the anniversary of an event. Survivors of loss must learn how to cope with a variety of intense complex emotions and physical responses along with psychological, physiological and spiritual responses. 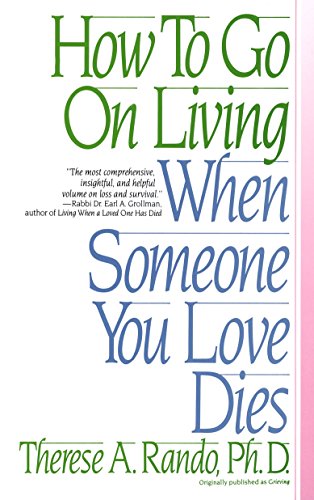 How To Go On Living When Someone You Love Dies
One of the classic books on coping with the death of a loved one.
Buy Now

What can I do to Cope with an Anniversary?

Ways to Cope with a Difficult Anniversary

One of the key things for those facing the anniversary of a tragic event, like 9-11 or the Challenger Shuttle Disaster is to avoid watching new reports and news coverage about the tragic events, since the horrifying video clips of the explosions are replayed again and again.

Some additional helpful coping strategies for include:

Be kind to myself on the anniversary date.

Take some special time to remember.

Do something kind for someone else in memory of my loved one.

The Secret Anniversaries of the Heart

A beautiful quote for Anniversary Reaction...

The holiest of all holidays

are those kept by ourselves

in silence and apart;

the secret anniversaries of the heart.

What can I do on the day of the anniversary?

The next two anniversaries,

I will be sitting

at home, by myself.

Ways of Coping on the Date of the Anniversary

Some people may want to be around others on the day of the anniversary, others may want to remember more quietly and privately.

Planning how you want to spend the anniversary date can make it an easier to get through the day. Whether you choose to celebrate or commemorate, deciding what to do can put the control of the date back into your hands.

The following list is a collection of suggestions that I have compiled over the years with different activities and ideas of what to do on the actual anniversary date:

What are some ways to heal after a major loss?

A meaningful quote on the Year Anniversary...

I think the year anniversary

kind of puts an end to

that period of time

when the mourning is over.

Many of the ways people find helpful for coping with the distress from an anniversary response, are also ways of helping with the healing process.

As the anniversary of a disaster or traumatic event approaches, many survivors report a return of restlessness and fear. Psychological literature calls it the anniversary reaction and defines it as an individual's response to unresolved grief resulting from significant losses.

The anniversary reaction can involve several days or even weeks of anxiety, anger, nightmares, flashbacks, depression, or fear.

Books for Surviving Anniversaries and the Holidays

A collection of helpful books to help in coping with the holidays and anniversaries following the death of a loved one, written by some of the leading grief and loss experts in the field. 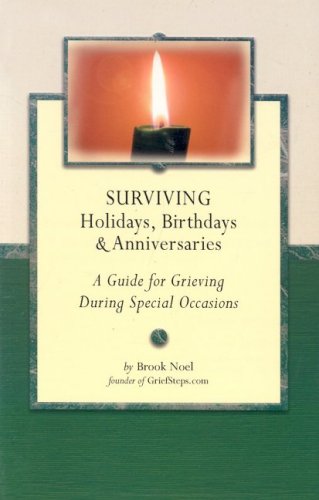 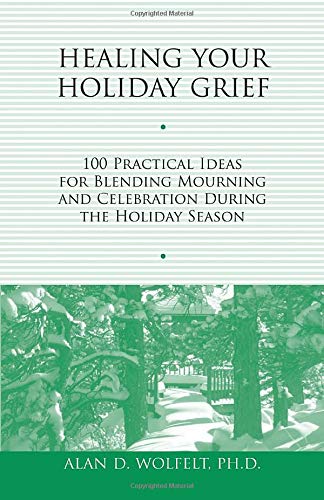 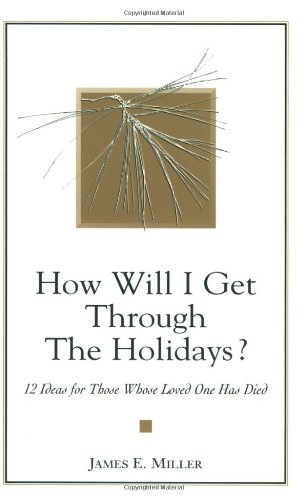 How Will I Get Through the Holidays? 12 Ideas for Those Whose Loved One Has Died
Buy Now 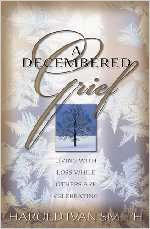 A Decembered Grief: Living with Loss While Others are Celebrating
Buy Now

Most People Feel Better in a Week or Two

Image of Composition by Beniamin Pop.

Books for On Living After the Loss of Loved One

A collection of books to help in coping with the holidays and anniversaries following the death of a loved one, written by some of the leading grief and loss experts in the field. 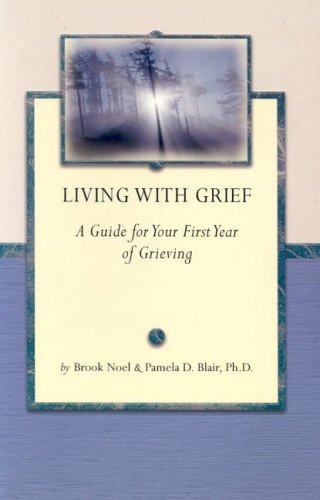 Living with Grief: A Guide for Your First Year of Grieving (Grief Steps Guide)
Buy Now 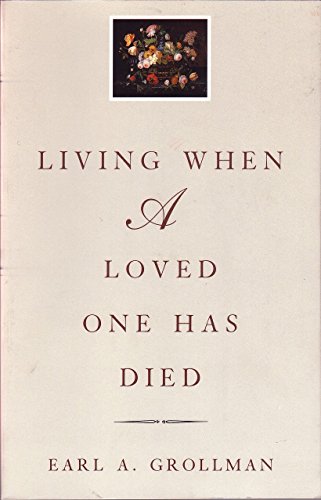 Living When a Loved One Has Died: Revised Edition
Buy Now 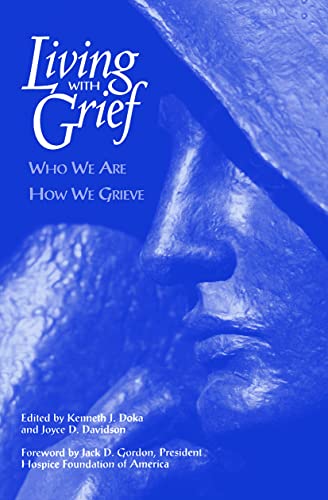 Living with Grief: Who We Are, How We Grieve
Buy Now 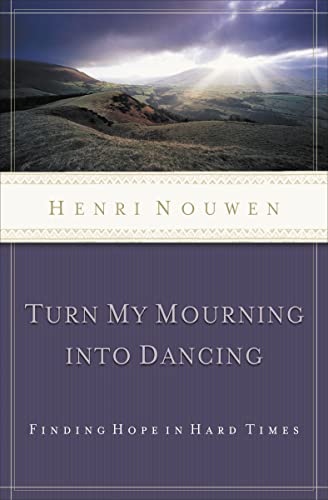 Dr. Elisabeth Kubler Ross offered the following words of wisdom about the mourning and living again:

People in mourning have to come to grips with death before they can live again. Mourning can go on for years and years. It doesn't end after a year, that's a false fantasy.

It usually ends when people realize that they can live again, that they can concentrate their energies on their lives as a whole, and not on their hurt, and guilt and pain.

Briefly share if there is a particular anniversary that is difficult for you.

The grieving process involves learning to adapt and adjust to a life forever changed by the loss, a life that can change in many different ways. This may involve developing new skills, changing a circle of friends, moving, changing jobs, giving up activities and taking on new responsibilities.

Piece by piece, I reenter the world.

A new phase. A new body, a new voice.

Birds console me by flying, trees by growing,

dogs by the warm patch they leave on the sofa.

It's like a slow recovery from a sickness, this recovery of one's self.

Remembering the Anniversary of September 11, 2001

On the fourth anniversary of the Sept. 11th attack here in New York City,

we plan to mark this solemn occasion by asking siblings to take the lead in this year's ceremony.

In this small way, we acknowledge the special bonds they share with their beloved brothers and sisters who died that day.

Resources for Coping with the 9/11 Anniversary

After the Fall: New Yorkers Remember September 2001 and the Years that Followed
Buy Now 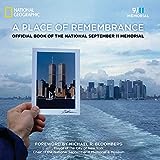 A Place of Remembrance: Official Book of the National September 11 Memorial
Buy Now 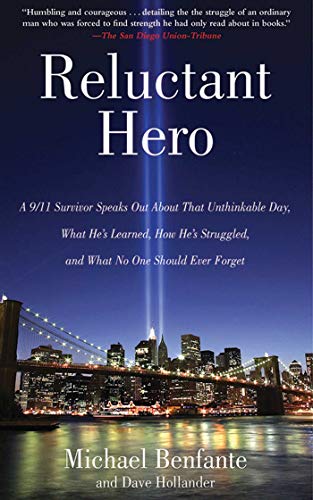 Reluctant Hero: A 9/11 Survivor Speaks Out About That Unthinkable Day, What He's Learned, How He's Struggled, and What No One Should Ever Forget
Buy Now

Resources on Coping After a Tragedy

Books from Those Left Behind After September 11, 2001

Watching the World Change: The Stories Behind the Images of 9/11
Buy Now 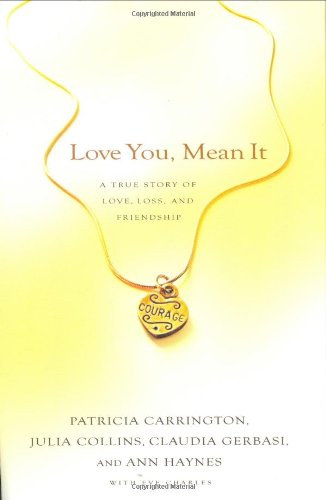 Love You, Mean It: A True Story of Love, Loss and Friendship
Buy Now

Your Father's Voice: Letters for Emmy About Life with Jeremy--and Without Him After 9/11
Buy Now

Prior Remembrances of September 11, 2001

Some of the resources from the Sixth Anniversary of The September 11th Tragedy.

as do all our family.

Brother of Diana, Princess of Wales

The Round Lake by Nic Pepsi.

Sorrow and Lasting Pain behind the Faces

Behind the positive faces

they have shown the world since

there can be no doubt there is still deep sorrow and lasting pain.

November 15 was designated as a commemorative day in honor Steve Irwin, with suggested family activities including wearing khaki and camping in the backyard. It has become a day to honor the crocodile hunter.

The day will represent the many things Steve was passionate about.

Get ready to don your khaki's mate.

On holding Mardi Gras the year after Katrina.I've heard some people say

But it's a very significant anniversary and I can't imagine it going unmarked without some kind of parade.

It's in our soul to have Mardi Gras.

A Tribute to the Victims of Hurricane Katrina by Amanda Barbarich.

Are you affected by Anniversary Reactions?