This lens is for information only. I am in no way recommending Castor Oil for any medicinal use. Castor oil is a vegetable oil obtained from the castor bean (technically castor seed as the castor plant, Ricinus communis, is not a member of the bean family). In many ways, castor oil is a very unique substance. Folk healers in this country and around the world have used castor oil to treat a wide variety of conditions. Castor oil is a triglyceride of fatty acids. Almost 90 percent of its fatty acid content consists of ricinoleic acid. (which is not found in any other substance except castor oil.)  Such a high concentration of this unusual, unsaturated fatty acid is thought to be responsible for castor oil's remarkable healing abilities.

The seeds are toxic!

Castor beans are extremely poisonous and can kill people or animals if chewed or swallowed. Also, handling the seeds can lead to allergic reactions.

Many plants and seeds in the natural world have toxins because it's universal that living matter can have defense mechanisms or protection (i.e. toxins) against predators, insects, etc. Likewise, the Castor seed contains the toxin ricin. Ricin is a protein (a solid); whereas, Castor oil is a fatty acid or oil (a liquid), and cold pressing Castor seeds separates the two. The toxin (solid) stays with the seed because it's not oil (liquid); thus, cold pressed and filtered Castor oil is non-toxic. 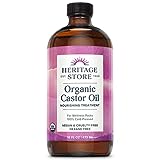 If you’re looking for the best castor oil for hair, your best bet is your local organic grocery store or amazon.

Using organic castor oil is important because the plant is highly pesticided. Since you are rubbing this into your skin, you don't want to be absorbing pesticides..

Massage the body with Castor Oil

Here's a preferred method of using Castor Oil. My friend recommends that at night, simply rub a dollar coin size amount of Castor Oil over the liver/abdomen before bed, put on an old t-shirt, and enjoy a blissful night of sleep.

Massaging it into the skin helps to stimulate the body’s organs and muscles to help with detoxifying.

Have You Ever Used Castor Oil? 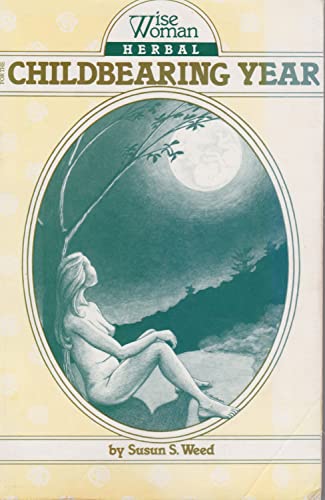 Cold pressed Castor oil has been used or time-tested for centuries throughout the world for its anti-microbial and anti-bacterial properties long before any government agency was created to regulate medicines.

The oil is also used as a rub or pack for various ailments, including abdominal complaints, headaches, muscle pains, inflammatory conditions, skin eruptions, lesions, and sinusitis. A castor oil pack is made by soaking a piece of flannel in castor oil, then putting it on the area of complaint and placing a heat source, such as a hot water bottle, on top of it.

Some people even recommend this oil as an important factor when it comes to revitalizing hair growth and for Dandruff.

The oil has a long and varied history of use as a healing agent in folk medicine around the world. According to a research report in a recent issue of the Journal of Naturopathic Medicine, castor bean seeds, believed to be 4,000 years old, have been found in Egyptian tombs, and historical records reveal the medicinal use of castor oil in Egypt (for eye irritations), India, China (for induction of childbirth and expulsion of the placenta), Persia (for epilepsy), Africa, Greece, Rome, Southern Europe, and the Americas. In ancient Rome, the castor oil plant was known as Palma Christi, which translates into hand of Christ. This name is still sometimes used today.

The Edgar Cayce Handbook for Health Through Drugless Therapy

This T-11 cell increase represents a general boost in the body's specific defense status, since lymphocytes actively defend the health of the body by forming antibodies against pathogens and their toxins. T-cells identify and kill viruses, fungi, bacteria, and cancer cells.

What is the evidence?

Castor oil is used in conventional medicine as a laxative (when swallowed) and used as an eye drop to treat some eye irritations. It is also an ingredient in some hair conditioners and skin products. There have been no scientific studies to support any other claims.