A Recommended Way To Alleviate Symptoms Of Fibromyalgia

According to verified statistics about fibromyalgia syndrome (FMS), millions of people are already affected by this painful condition. A big majority of American population suffers from this condition every year. It is more common among women than men. The disease affects women during their adulthood, specifically during or after the child-bearing age. Some statistics show that it is common in women aged between 25 to 50 years. Once you have the disease, it is possible that it will last a lifetime.

Fibromyalgia and its causes

FMS is considered as a chronic disorder that exhibits a widespread pain in the musculoskeletal structure of the body. The utmost effect of this problem is felt in the areas where the muscles are attached to the bones. Thus, the pain is also predominant in the joints, ligaments and tendons. Compared to arthritis which also affects the joints, fibromyalgia does not lead to deformities or loss of joint functionality. FMS is more similar to soft tissue rheumatism.

Like many of the rheumatic diseases, the cause of fibromyalgia is totally unknown. Scientific investigations make researchers conclude that the cause is purely genetic in nature. Thus, if you have a family history of musculoskeletal pains, you are at big risk of getting affected by this condition. The disease manifests during adulthood when the genetic mutation takes place.

There are some factors that can increase the risk of suffering from this condition. For instance, other illnesses, physical and mental trauma can all increase your risk. Family history of rheumatoid arthritis can also be a factor for contracting this illness.

Aside from chronic pain in the muscles, the condition has many other nagging symptoms. A patient may have sleep disturbances and may find it very hard to sleep. There is a feeling of discomfort in the joints, fatigue or exhaustion. The intensity of symptoms may vary from one person to another.

Some other symptoms of this problem are dizziness, hand and feet numbness, gastrointestinal problems like irritable bowel syndrome, bladder spasms that may cause high frequency of urination, flatulence, diarrhea and constipation. Women suffer most during their menstrual periods when they feel too much pain in the pelvic area.

It is very unfortunate that there is no clear way to diagnose this problem. And it is even more distressing that the symptoms of this disease resemble symptoms of other diseases. This makes it difficult to identify this problem correctly. The patient may suffer from fibromyalgia for months before getting the right treatment of the problem.

Treatments of fibromyalgia entail combination of three methods – medication, exercise and stress reduction. The medication is merely anti-depressant drugs. The use of anti-depressant is prescribed for the relief of pain and sleeplessness. Acetaminophen is also used as pain reliever.

The role of exercise is paramount in the treatment and management of fibromyalgia. Pilates has become one of the most useful exercises for the patients suffering from fibromyalgia. 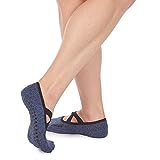 Pilates is just one form of exercise that was developed in early 20th century by Joseph Pilates. The movements comprises of a system of exercises that are geared to strengthen the mind and body of the practitioner. Joseph Pilates firmly believed that there is a close interrelation between the physical and mental health.

The movements in this form of exercise put emphasis on flexibility, core strength and balance. Pilates can be used by all types of people without any regard to gender and age. It can even be used by pregnant women and people undergoing physical rehabilitation. It is said that Joseph Pilates developed this form of exercise in answer to his own problems involving rheumatic fever and rickets.

As Pilates developed, it was realized that the exercise can indeed alleviate pain because of its impact in the form of strong muscles. Pilates offers flexibility in areas that are generally affected by fibromyalgia. Such areas include hips, back, shoulder and abs. This Pilates exercise is also good for rehabilitation of injuries and pains.

Pilates moves have existed for more than hundred years and they are still being used by different people. Dancers, athletes and those who want to lose weight are all using the Pilates moves.

Why is Pilates so popular?

Pilates strengthen your muscles through controlled movements. The result is renewed stamina and vigor. As treatment for fibromyalgia, Pilates moves provide respite to rigid joints and hurting muscles.

A lot of people suffering from fibromyalgia have benefited from pain relief provided by the Pilates moves. The best thing about using Pilates moves for fibromyalgia relief is that you don’t suffer from any side effects. If you have not tried Pilates moves yet and are contemplating using these movements to have relief in some aching body parts, it would be better to enroll in Pilates classes where you would be supervised by a trained instructor.

Do you exercise as a treatment for Fibromyalgia?