Life Is A Celebration

Whenever I have to do an "about me" section for a blog or squidoo.com, I start by talking about my passion, which defines me- so here goes. I am a stress management specialist who works with people on a "quantum energy " level. I do this through the use of computer software and light therapy, as well as some hands on therapy.

This all started 13 years ago, because of my own health crisis. Things weren't turning around, until a friend called and told me about a new therapy. The way it was presented was pretty wild- he said " I know a lady who has a machine that you hook up to yourself. It tells you everything that is wrong with you and then fixes it.

Who could resist taking a look at something like that?

Of course, he wasn't really reporting accurately. Biofeedback doesn't "tell you everything" and it doesn't fix anything. Instead, it reports your areas of stress and teaches you how to manage these areas. (and yes, it sends some energy into your energetic system to help with this process.)

Oh yes- about our energetic system. Once I started seeing the power of working with energy, i absolutely inhaled everything I could on the subject. Still do.

Ultimately, I added light therapy to the biofeedback.

And decided that we are all actors in some sort of cosmic reality show.

I realized everthing is energy. We're all part of an infinite energetic matrix that goes through us, around us, and connects us. There are many names for this matrix, like "the field", consciousness, etc .

Nobody teaches this in school.

Instead, it seems science has taught us some things that are just plain wrong. For example, we're taught that most of the universe is empty space. That isn't true. Instead, it is filled with frequency, or a "matrix" of energy.

Which leads to a second false teaching: we're told our individual actions and thoughts cannot influence the world around us.

But, remember, we're all connected. Plus everything is vibration. That means every decision or action we make puts us in a different realm of possibilities, and also effects the world around us. Our vibration is impacted by everything we say, think, and do.

In this matrix is every possibility. We live our life based on what part of the matrix we vibrate, or resonate, with.

We're much like televisions. We can learn to tune in to any show we want. We're in control, but don't understand.

In a sense, we're a bunch of remote controls, all starring in our own cosmic reality show.

Human by Design: From Evolution by Chance to Transformation by Choice
Buy Now

A World Turned Upside Down

Don't get me wrong, I didn't go for all this stuff initially. All I knew is that the biofeedback machine was telling me some very interesting things. it seemed to "know" me.

And I was getting better.

Only with time did I come to understand about the matrix, vibration, etc.

It was about then I became an infomaniac on the subject of quantum physics.

It was a spooky science. I was starting to believe that if we could harness this energy stuff, we could create the life we desired.

Also, it was a ton of fun! My friends would come over and we would "play"- it was like a video game, except they'd feel so much better afterwards!

Soon I had a biofeedback practice.

Over The Years I Found That There Were Many Energy Modalities

But did they work?

I tried every modality I could get my hands on. Many were appropriate for "quack watch". But I stayed with the biofeedback and also found other computer software programs that were much less expensive and easier to use. Now I send group energy to hundreds of people daily for overall well being. I also have special software for women's emotions and even a new program for exercise!

In a nutshell, here's how it works:

We think we are looking at a world outside of ourselves, but science now has proven that isn't true. Our "world", or what we perceive as our world, comes from electrical signals in the brain. The brain is just a receiver of energy - it doesn't do anything on its own.

When software or light sends energy to the human energy system, it is impacting these signals.

This is significant because the higher the vibration, the better- high vibration would be things like optimal health, financial abundance, etc. Low vibration is poverty, war, poor health. You get the idea.

but not going to stop sharing this technology!

Over the years, I've had some discouragement. Not from the energy work, but by the attitude of the masses towards it.

There are so many who could be helped if they would just give it a try.

Strangely enough, we flip light switches, talk on cell phones,even go to the moon. 100 ears ago these things would have sounded crazy, but today nobody gives them a second thought. However when it comes to software technology for our health and well being people can be skeptical.

Recently I've startaed using the software to help people set and achieve goals in every area of life- if you'd like to learn more, check out my site, www.thehappyzapper.com

When you understand that every possibility is in the matrix around you, life can become a celebration!

Apply Energy Modalities To Your Life And Make Beautiful Changes

This video is lengthy, but explains why energy work is so powerful: WE are energy machines! Since 1925 we've known we

are made from energy. Atoms are vortexes of energy. Energy shapes matter.

So now you have it.

The Biology of Belief: Unleashing the Power of Consciousness, Matter, & Miracles
Buy Now 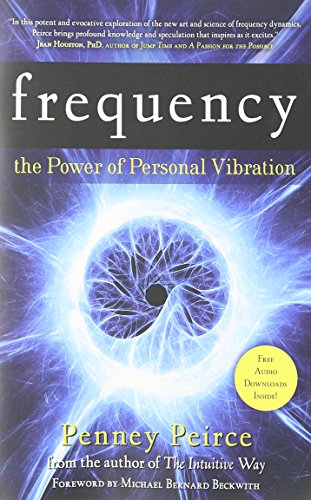