1. Treat your body with a sense of wonder, love and trust

So many people fear and distrust their bodies. Some of them believe that the body is fragile, and illness is waiting to attack it just around the corner. Some of them behave to the body as it is their worst enemy. They punish their bodies with too much work, too much responsibilities, too intensive life, not enough rest and sleep, inappropriate food, various drugs or medicines... Your beliefs are not only yours, you are passing them to your children and other people you communicate with.

The truth is your body is miraculous, intelligent creation . Perfect universe on it´s own. Every cell is perfection and have great communication systems with other cells and rest of the body. Body has its own great self-regeneration abilities, which heal cuts and bruises without a single thought or action on your part. Your immune system is your own magnificent security system, if working well, it protects you from bacterial and viral terrorists.

Many processes are going on in your body automatically, every moment. As long as you have enough of healthy vital energy, everything will be in perfect order.

The truth is also that your body reacts on your own thoughts and emotions, life-impressions, pictures you have in your mind, style of life.... they can support the health of your body, or take away vital energy of it.

2. Communicate with your body

Your body will work much better if you communicate with it. Communication is way of showing appreciation and love. Remind yourself often how great it is to have body organs that work so well and show them in mind gratitude for that. Talk to your body organs, cells, tissues, send them positive energy, Your body will receive your positive messages and will reward you with much higher vital energy.

By doing that, you will start to trust to your body. You will find out about thousands of miracles which are happening every second inside your body. You will find out how your body has ability to regenerate itself. Average people know so little about their body systems, and if they learn something is usually about "how diseases are horrible and non-curable", what is really shame in age of Internet. Lack of basic knowledge is lack of love, result is - helplessness. Basic knowledge about holistic and quantum medicine will help you to connect the state of your body with state of your mind and emotions and find the way how to stay in good health.

.
3. Teach yourself to listen to your body.

Your body has language of signals and is regularly communicating with you. Every moment. Health is maintained when you know how to recognize the signals that suggest that your body is out of balance and respond in a timely manner when your body indicates it needs something - rest, sleep, love, different food, no stress, sunlight.... whatever. You cannot full your body with excuses your mind makes, body does not listen them.

Body does not understand why you have to push it because of any of reasons your mind say that they are so "important", like

The truth is that body is too intelligent that you cannot full it with your excuses. Body is accumulating stress and sooner or later will stop to listen you any more, and result will be illness. We can full the others, maybe even convince ourselves that our excuses are the truths and that we "have to do something", but body does not recognize "have to" on daily basis and chooses illness as an opportunity to take rest from your crazy life-plans. Through the illness you also have opportunity to realize that you were actually fulling yourself about your life-priorities and that at first you need to respect yourself and take care about yourself and your real needs.

Body respect the laws of the nature - they are very simple and highly intelligent and so often opposite to the chaotic human ideas about "right" and "wrong".

4. Every human being is unique and every body also has it´s unique requires which also change ...

Many people behave to the body as it is soldier which has to obey them. Body requires tender approach and needs TIME for applying any change and adjusting to it.

Exercises or diet which are perfect for one person can be harmful for somebody else. Some things can be good for you in certain period of life, but in the another one will harm your health. You are not the same person as before, your body is also changing.

Like everything else, health is also result of effort, after we spend our resources of vital energy, we need to gain it again. Because of that very important is to learn some relaxing techniques (as meditation, yoga, Tai Chi etc) which allow the body to achieve high level of self-healing. We live in the world which is not close to the nature as it should be, as a product of that, humanity today has developed many illnesses which teach us to - slow down.

Illness is often normal part of human life, our great teacher which can teach us how to use life energy wisely, but is not "normal" to have health problems or pain constantly. It is results of misused life- energy now or in the past and can be healed - with a love, knowledge and on natural ways.

Some very useful tips about importance of food, natural cure, avoiding medicines and other toxins etc, you can read in my following Hubs:

About healing more specific diseases and specific body organs on natural ways I have written in the following Hubs:

About energetic field of the body and vibrational healing:

When you will have love, sense of pride, wonder and respect for your body, this will give you the best foundation of health. Without health of body is hardly possible to achieve any of life-goals so be tender to it and learn how to slow down your life tempo. Enjoy the life and your body will be grateful for that appreciation and will become your best friend, not your worst enemy. 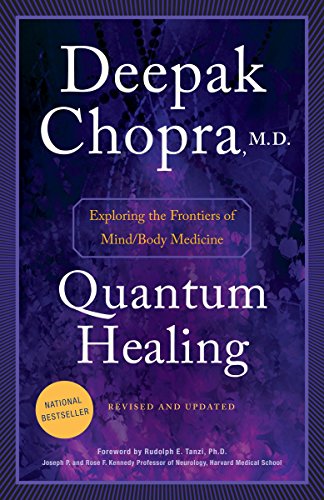