My Life With Rheumatoid Arthritis

According to the Arthritis Foundation there are 1.3 million Americans with Rheumatoid Arthritis, also known as RA. Women are three times as likely to suffer from it than men. It strikes women mostly between the ages of 30-60, while it most often does so in men later in life. Until I was diagnosed with RA I didn't know much about it. The name can be somewhat misleading. RA is actually an Autoimmune Disease. With an Autoimmune Disease your body's white blood cells normally are supposed to help heal your body. Instead, your white blood cells overreact and attack your own body's healthy tissues. In the case of RA, your joints and their cartilage are under attack.

Some of the signs of RA include:

After giving birth to my son I was increasingly in pain, exhausted, stiff, and sore. At first I thought it was just aches and pains from childbirth. As the weeks went by it became more painful and my mobility declined. I just thought that childbirth was harder on me than on most people and I would eventually recover on my own. Then one night I could not take it anymore, just barely able to walk, I got in my car and went to the Emergency Room while my husband stayed home with our baby.

When I got to the ER the doctor asked me what was wrong and I told him that I hurt almost everywhere, but especially in my hands, knees, and feet. It was obvious that I was in extreme pain. However, they kept me till the next morning and still couldn't figure out what was wrong with me. They told me to just follow up with my Primary Care Physician. It was as if I went there for nothing. I was still in pain and I lost sleep which was very precious me, especially as a new mother.

About few days later, which seemed like an eternity, I was able to get an appointment and see my Primary Care Physician. When I was there she took some tests to see if it was a viral infection. Although, she didn't think it was, she just wanted to make sure. My Primary Care Physician examined me the best she could and said that I needed a specialist. She then referred me to a Rheumatologist: these doctors treat Arthritis and other diseases of the joints, as well as Autoimmune Diseases such as RA and Lupus. Needless to say, this made me extremely worrisome. Prior to this experience I was extremely healthy and athletic. Illness and disease were subjects that I was scared of and could not comprehend.

When I finally was able to see the Rheumatologist, I took more tests mostly for RA and Lupus. He tested for both in order to rule one out since some of their symptoms can be similar. In less than a week he got all the results and found that it was definitely RA. He put me on Methotrexate and high doses of Prednisone. I had to stop breastfeeding my baby because Methotrexate is extremely toxic and passes through breast milk and high doses of Prednisone are not recommend while breastfeeding either. Heartbroken and angry that I was sick, I wished that I never had to take those medications. I was so sad that I couldn't be a healthy mommy for my baby.

HOW I LEARNED to MANAGE MY RA

Thankfully, my son is healthy, beautiful, and now almost nine years old. I wouldn't change a thing because I am so blessed to have him. Nine years is how long I have had RA. For about three years I was on the Methotrexate and Prednisone. I found little results with Methotrexate. Then my doctor put me on Hydroxychloroquine instead and kept me on a low dose of Prednisone. Hydroxychloroquine was a drug used on Malaria patients, but then it was used on many other illnesses, RA included. So far, that has been working well for me. However, every year I have to get my eyes checked because Hydroxychloroquine may cause problems with vision. With the Prednisone, although it helps with the stiffness and swelling, it locked on my pregnancy weight. I was at least 40 pounds overweight at the time I was first diagnosed. Although, I have lost some of the weight through diet and exercise, I am nowhere near my ideal weight yet. It is crucial to lose the excess weight because it adds to the stress of inflamed joints.

Recently, I wanted to try one of the newer Biologics because I had heard so many good things about them. Biologics are genetically engineered proteins derived from human genes and with Enbrel it is designed to inhibit inflammation, according to WebMD. My doctor let me try Enbrel, but unfortunately I developed an infection in my lymph nodes and had to stop using it. This was just after one injection, which I injected myself. The doctor said that I could get back on it when that infection went away, but then I developed an infection in one of my molars and had to stop it again. If you have a cut or an infection you are supposed to stop use of it immediately. Once all infections cleared and I started feeling better I got back on the Enbrel again. I have been using it ever since and am very happy with it.

CHANGING WHAT I ATE, SUPPLEMENTS, and EXERCISING AGAIN

For a very long time now, I have noticed that I feel best when I don't eat meat (pork and beef). I primarily eat a plant based diet. I've attempted to go Vegan, which is no meat or animal products at all, but felt weak when I did. Most of the time I would have been considered a Vegetarian, mostly fruit, vegetables, eating some eggs and diary, but no meat or fish. However, recently I started eating fish again and I feel great. I also went back to having chicken occasionally, but fruits and vegetables as the bulk of what I eat. This seems to work best for me.

As for supplements, I take them daily in addition to my medicine and they are as follows: Fish Oil (1,000 mg), Vitamin D (1,000 IU's), Magnesium (400-1,000 mg), Holy Basil (450 mg), Turmeric (1,200 mg) and Ginger as a tea. I researched many different websites and read many books recommending that these supplements, among a plethora of others, help with RA. This combination is simple and it's what works for me. Remember everyone is different and what works for me may not work for you. Please, before taking any supplement, it is always wise to check with your doctor first. If you don't, you may suffer a fatal interaction between the supplements and any drugs that you maybe taking.

Furthermore, exercise has been something that was such a part of my life before I got sick. I was a runner and I loved everything outdoors. RA limited my ability to do much of what I used to do. However, I figured out a way to exercise again and enjoy it. I live here in sunny Los Angeles and I still get out as much as I can. Instead of running I now hike in Runyon Canyon. Also, I occasionally do Yoga at the canyon. Another type of exercise I just discovered are these incredible classes at Cardio Barre in Hollywood, which I do twice a week. It is a fusion of ballet, yoga, and sculpting with very light weights. Basically, I try to keep it low impact. That's my routine and it works very well for me. Although, I do have the urge to run at times, I try not to because I know I'll pay for it with possible damage to my joints in the future. I respect my body, listen to it, and do what feels right. Again, inform your doctor if you change your routine in anyway or if you are considering any type of physical activity. 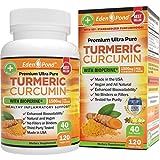 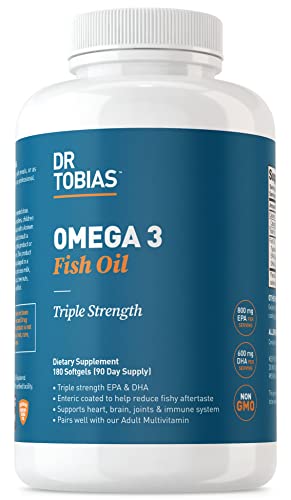