Nutritionally, fruits are good source of salts, minerals, vitamins and dietary fiber required to keep a person healthy.Besides, fruits have their own medicinal characteristics. Fruits provide protection against diseases and sustain the physical growth. As per the belief, first food eaten by prehistoric man was a fruit. Every fruit has a story associated with it in the Indian mythology.There is a mention of forbidden fruit even in the Bible. 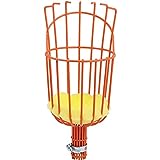 1. Apple is believed to prevent scurvy disease that is caused due to deficiency of vitamin C.

2. Apple protects a person from digestive disorders and other ailments of the alimentary canal due to fair amount of fibre (indigestible carbohydrates, roughages) present in it.

4. Apple juice is considered beneficial for infant feeding, diarrhoea and peptic ulcer patients. Two apples per day should be consumed for proper evacuation of bowls. Baked apples are said to be useful in treating diarrhoea. Cooking process softens the cellulose.

5. Apple "Murabba" is believed to act as a stimulant for the heart and useful in relieving mental stress.

6. Raw apples may be taken by people suffering from constipation.

7. Two glasses (500 ml) of Apple juice taken half an hour before meals and retiring to bed help in getting rid of anaemia.

8. Apple pulp (1-4 tablespoon) is believed to be useful as therapeutic agent in dysentery among children.

1. Since apples are rich in potassium and phosphorus but low in sodium, they are believed to help alleviate heart diseases.

2. Apples are known to lower the sodium levels in tissues as these are rich in potassium. Hence, apples are considered very useful for patients having high blood pressure.

3. Apples are prescribed to be included in the diet to flush the stones from the kidney and gall bladder.

12. Apples are believed to promote vitality if taken along with milk.

Apple may be preserved for a long period making its 'murabba' that is considered to carry numerous health benefits and liked by many people as a delicacy.It is very easy to make 'apple kaa murabba' and process takes about an hour to make the final product. However, experts recommends to repeat cooking once a day for three days.Recipe involves dipping apple for 15 minutes in salt water (1/2 teaspoon salt mixed in a glass of water) and placing it in lukewarm water for 10-15 minutes till its skin becomes tender. A small quantity of saffron is mixed in the water separately and cooked with apple mixture for few minutes. Now appropriate quantity of sugar is added to water and apple mixture and cooked for 45 minutes. It is now cooled and process is repeated each day once for 2-3 days.

How much do you know about Apples?