PTSD and the War At Home

When your soldier returns home to you it should be a happy and joyful time. You are thinking that they are safe and sound and back home. You can't wait to get your life going with them and everything should be great.

But what if the homecoming is anything but great? What if all of the sudden you and your soldier cannot connect, or you feel worlds apart? What if they are no longer interested in going out or being around other people? Maybe they are not sleeping well, or becoming violent in their sleep. They may not be reconnecting with the kids or seem like they are uninterested in any new additions to the family. What if they are getting angry at small things or worse yet getting violent? What do you do?

Do you ignore it and keep thinking it will get better if you give it time? Well, I can tell you from personal experience it will not. My husband Justin returned home from his first 6 month tour in the Middle East February 2003 where his ship was deployed to assist Operation Enduring Freedom, and from his second tour and end of his military career in June 2004. For the next 3½ years our relationship was very difficult, and at times, it was downright scary for me and my children. It was not until January 2009 that my husband finally was able to get treatment, and then was diagnosed with PTSD in August 2009.

But I am getting way ahead of myself here. To be able to understand how to deal with PTSD I am going to briefly tell you about Justin's military career, what happened when he came home, and what PTSD is so you understand what was going on and what the symptoms are. You can also join us on our Facebook page Military With PTSD to join in the discussion or learn more about PTSD. If you would like more information to help you understand PTSD and the impact it has on families you can get my book The War At Home: One Family's Fight Against PTSD

The War at Home: One Family's Fight Against PTSD
Buy Now

I wanted to take a moment before I got into the sad and hard facts and show you a moment that Justin calls the happiest and best time of his military career.

3 Door Down performed live aboard the Washington and recorded footage for their video. Justin had to work security, but because of that he got to meet the band.

You can see the 73 in the background at some points throughout the video, and all of the video with the Navy flight deck is of the U.S.S. George Washington.

Posttraumatic Stress Disorder (PTSD) is a psychological condition that reflects the development of characteristic symptoms following exposure to extremely devastating traumatic events. Basically, PTSD is a stress and anxiety disorder that occurs to an individual when the individual tries to react in a normal manner to an extreme abnormal event.

Justin entered into the Navy on June 28, 2000. He left boot camp and was assigned to the U.S.S George Washington as a machinist mate or in civilian terms, he was a firefighter. The first year was pretty uneventful until September 11, 2001. At that point, he was temporarily assigned to the ship's security or what most know as the military police. In June 2002, they deployed to aid Operation Enduring Freedom. Justin saw no action being aboard the ship and they returned home in 2003.

In February the U.S.S George Washington helped rescue a fishing vessel that had caught fire. 4 of the 5 passengers aboard the vessel were found alive, but Justin was responsible for handling and securing the body of the deceased. Up until that point that was the first dead body Justin handled.

In March while Justin was attending a terrorist training school we were married. At that point, everything had been going great, but over the course of the next few months, things would start a downward spiral.

In September 2003 a major mishap aboard the U.S.S George Washington happened when a plane was landing on the flight deck. Justin had to secure the area and help the wounded. And then in November 2003, one of Justin's shipmates was killed while working on a plane. By December, I knew something was wrong and figured it would all get better when he got out of the military in 2004. We just had to make it thru his last deployment to the Middle East.

Returning Home - What was going wrong.

In June 2004, Justin returned home and his military career completed. Our daughter was born a week after his return home and we were ready to get our life going. But it all did not work out as planned or expected. I am going to give you a small list of things that made this reunion very difficult. 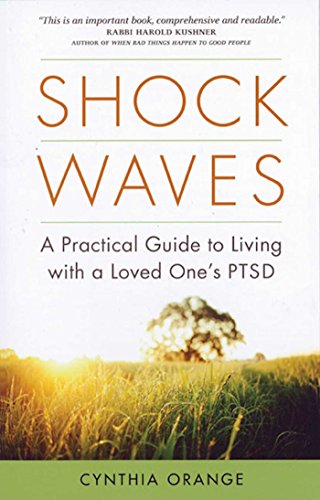 I did not know the symptoms of PTSD and was not getting much help until January 2009. That is when in a last ditch effort I called the VA center and they told me to get him in. They diagnosed him with PTSD and we are still attending therapy. It is hard and a long road, but we are trying to see it through.

If you are experiencing the symptoms of PTSD, it is imperative that you seek treatment as quick as possible.

Do You know someone with PTSD?