What is night blindness

People are fast in saying that they are night-blind. They don’t see for a while in the dark and cry I am night-blind. Everyone has trouble adjusting their eyes from dark to light and vice versa, but you're not immediately night-blind.

What is night blindness exactly and what can you do against it?

What is night blindness

You're always night-blind in both eyes. Someone who is night-blind sees nothing in the twilight or darkness. Also the eyes have difficulties adjusting from bright light to darkness. Everyone always sees less in such a situation but eyes from people with night blindness can not alter to the new situation and their visibility remains poor.

You can test whether you are night blind by going to the movies. If you're in the dark and you will see the person next to you within five minutes, then there is nothing wrong. Moreover, the visibility in dark improves about half an hour. Then you have reached the best visibility in the dark.

What are the causes of night blindness

Night blindness is usually hereditary, but a lack of vitamin A can also be a cause.

In the retina of the eye you have two types of sensory cells, the rods and cones. The rods detect light, and cones provide colour vision. The cones are much more specific and sensitive than the rods. When you’re night blind the rods work less well. Vitamin A is the precursor material of the so-called rodopsine that is present in the rods.

If light is observed rodopsine falls apart what causes an impulse to go the brains. In this way light is observed. Then, the rodopsine is rebuilt and can detect light again. This is also the reason that when you’re looking at very bright light, you don’t see nothing for a while. All the rodopsine is used and must be rebuilt, until then, you see stars or a spot for the eyes. If you have a deficiency of vitamin A rodopsine can not be formed. This allows less light to be observed by the rods, causing you to suffer from night blindness. Vitamin A deficiencies may also occur if you have an illness in which your body does not absorb vitamin A, such as chronic gastritis or chronic liver disease.

Can you prevent night blindness

You can not prevent night blindness from happening. Only as a result of vitamin A deficiency, you could use a supplement. But be careful! An overdose of vitamin A could also be harmful.

If the night blindness is caused because of the fact that your body can’t absorb enough vitamin A, you should first eliminate the other disorders and causes of that. 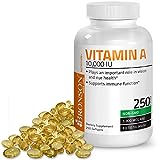 The effects of night blindness

Night blindness has basically little impact. Only driving at night is dangerous and in the dark night blindness people have troubles finding their way.

If you adapt to these situations by making sure you're not driving on a dark road alone or that someone else takes you home, you could easily live with night blindness.

The treatment of night blindness

If you suffer from night blindness you should always go to the ophthalmologist. He will first examine whether the disorder is hereditary or that the night blindness is caused by retinal detachment for instance. If this is not the case, then may be vitamin A supplements are prescribed.

Often, however, additional research should be done, because vitamin A deficiencies simply doesn’t occur often.

Night blindness is an annoying disease, but you can live with. If you feel that you’re suffering from night blindness, then go to the ophthalmologist and let yourself be checked.