Migraine Headaches and the Foods You Eat: 200 Recipes for Relief 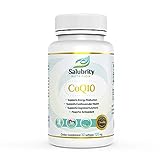 If you or someone in your family or relation suffers from migraine headaches, you may know the devastating effects this disease can cause not only on the sufferer, but on the family itself. Perhaps, a lot of people try to treat migraine headaches with conventional means to get rid of them completely, but unfortunately only one-third of patients get fully satisfied with conventional treatment and even if these one third of patients get treated, some of them suffer from short-term and long-term side effects of migraine medications which may be really worrisome and painful for the sufferer and the family itself. Due to these side effects and risks of conventional methods of treating migraines, many people opt for natural solutions without migraine drugs, such as nutritional therapy, yoga, meditation, and other natural means of treating migraines. It is also well known by most migraine headache patients that treatment and prevention of migraines is not as easy as it can be said because they need to identify the root cause of the problem and eliminate it to get rid of migraines completely. One of my colleagues was a former victim of migraines and she got them treated by focusing on nutritional therapy with proper nutritional guidance, consultation, and nutrition course for 3 years.

Common migraine triggers include emotional stress, too little sleep, depression, overactivity or excessive exercise, fasting, skipping meals, etc. Obviously, there are too many other possible causes of migraines that are described in various websites and articles on migraines all over the web, but I would like to cut short and put some light on the dietary factors that are involved with migraines and will provide some tips on how to deal with them naturally with nutrition. Undoubtedly, food intolerance is the main cause of migraines, as many research studies have revealed that detection and elimination of certain foods can improve or even wipe out symptoms of migraines in many patients. In a recent study, it revealed that approximately 93 percent of patients experienced improvement from their migraines by eliminating allergenic foods from their diet, but then also allergenic foods are not the only suspects that cause migraines.

So here are some nutrition tips on dealing with migraine headaches naturally.

Side effects of uncontrolled nutritional therapy

Every food can have a side effect if taken in large quantities. Some foods have little side effects and some have more. Also, it depends on individual differences, for example some people are allergic to fresh pineapples as they worsen their migraine headaches. Some people also get problems with almonds or fennel so at last I would say that eating large amounts of fennel, watercress, almonds, and pineapples can also worsen migraines in some patients but not all.