The Most Dangerous Drug In The World Today

What is the most widely used drug in the world today?

What is the most dangerous drug in the world?

Is it marijuana? No.

Is it cocaine? No.

Is it heroine? No.

Is it crystal meth.? No.

Is it opiod pain-killers such as; oxycodone or hydrocodone? No.

Is it morphine? No.

Is it amphetamines? No.

and the questions can go on and on.

The most dangerous drug in all parts of the world, found anywhere in the world, readily available,least controlled by the authorities,easily home-made is alcohol.

Alcohol and other drugs of abuse including prescription drugs

The role of alcohol in our societies

Alcohol is the most commonly used recreational drink in our society now. The use of alcohol dates back to the years before christ(the BCs). It has been found in the old chinese history as far as 400BC. Evidence shows that alcohol has been in existence as long as man has lived.

In the bible, we read that Jesus "...turned water into wine,when the people had run out." This is over some 2000 years ago.Jesus took a cup of wine,blessed the cup and gave it to his disciples," drink this is my blood," he said. Alcohol in the form of wine existed then and was used as a symbol of celebration.

Folklore in most African societies talk of alcohol in different forms being used as early as those societies existed. The alcohol was used during sacrificial ceremonies, social occassions and during ritualistic or religious celebrations.

Currently, in our modern societies alcohol is used to mark special occasions such as weddings, dinner parties for companies and graduations. Champagne pop-ups are a common practice. They are used to mark life achievements such as sports victories and mark other milestones in our lives.

Alcohol plays a unifying role in our communities. Many people drink alcohol to mend differences and to establish new relationships. Alcohol breaks the inhibitions in our limbic systems and numbs the nerves that hold many people back and this enables them to bond freely with other people enhancing their relationships.

Many big business deals are brokered over a drink and mostly it is in the form of some sort of alcohol.Sales people and buyers meet over drinks and transact businesses, mostly these drinks comprise alcohol. Politics of some countries have been shaped or changed over a few drinks.

Alcohol is obtained on large scale from breweries established all over the world. From basic chemistry, fermentation processes are used to derive alcohol from simple sources of carbohydrates or sugars over a pre-determined time.

Different purification methods have lead to the availability of all kinds of alcohols available in the market place and homes.

The dangers of alcohol are many and they include:

Effects of alcohol abuse to the body

Treatment for alcohol addiction and alcoholism

Alcohol abuse can lead to serious health challenges. Most common is liver damage. Liver damage leads to cascade of illnesses. The liver is a major organ in the body where detoxification of drugs takes place in the body. The liver is also a centre in the body where metabolism of the foods we eat actually takes place. Proteins are synthesized in the liver. Carbohydrates converted into glucose in the liver and many other essential life sustaining biochemical processes take place in the liver.Therefore, damage to the liver leads to compromised immune system, damage to other organs of the body and may lead to serious organ failure.

Liver damage in alcoholics leads to serious health challenges and is seen as the individuals have signs of weightloss, mass wasting and jaundice, low immunity and may die of liver failure if untreated.

Alcoholism can be treated by managing the addiction through counselling and anonymous alcoholics rehabilitation. These individuals should be referred to centres for treating addiction and substances abuse.

Prescription drugs mainly antidepressants which are recommended by some doctors can be used to manage some of the cases  of alcoholism.

Deterrent drugs can also be prescribed by medics to these patients to keep them off from drinking and curb their cravings. These drugs produce unpleasant effects such as severe nausea and vomiting to the alcohol abusers if they drink and take these medications. Example of such a drug is disulfram.

The authorities can also play a role in managing strict regulations to the distribution of alcohol via anti-alcohol abuse policies such as strict licensing procedures. The authorities can also ensure under-age individuals do not access the alcohol with ease to discourage teenage drinking and prefer serious legal repercussions to those who provide alcohol to under-age persons.

How to stop alcohol abuse 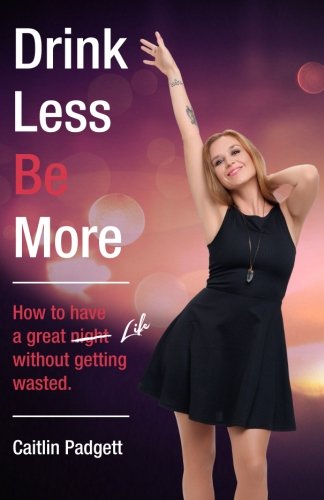 Drink Less Be More: How to have a great night (and life!) without getting wasted
Buy Now