In 1937, the first case of West Nile Virus (WNV) appeared in Uganda, East Africa, and got its name from originating in the Nile region. In the summer of 1999, WNV was discovered in New York City. Within 5 years, the virus has spread to Canada, Latin America and Europe. This year,according to the Centers for Disease Control and Prevention (CDC) , over 1500 cases have been seen in the U.S. and dozens of people have died.

How is West Nile Virus Spread?

The virus cannot be contracted through airborne particles, like coughing or sneezing, and is not transferred by any contact between humans. So far, the only vector (carrier) of the disease known are mosquitoes.

Why is the Virus Spreading?

Many experts agree that global warming is supporting more mosquitoes and earlier migrations of birds. Although there is no clear answer to why WNV has grown in such proportion, some researchers believe the boom in the exportation of people, animals, and goods on ships from all over the world has increased the transmission of many viruses. Consequently, mosquitoes are also traveling with the cargo and are being introduced to new countries all the time.

What are the Symptoms?

A mild case of WNV may last 3-5 days and cause some or all of the following symptoms:

Severe symptoms of WNV involve the membranes that line the brain and the spinal cord. It’s a neuroinvasive disease that causes inflammation to these membranes and increases pressure in the brain. Severe disease states can include some or all of the following symptoms:

What is the Outcome for Severe West Nile Viral Infections?

Most people that have a mild form of the disease will have an excellent outcome and receive no residual damage. However, if the patient has experienced meningitis or encephalitis, the outcome may include brain damage, permanent muscle weakness and paralysis. At least 10 percent of patients with brain inflammation do not survive.

Currently, there is no vaccination or medication to treat WNV. Antibiotics are not effective against viruses. The most effective way to prevent the transmission of the virus is to:

People who experience severe symptoms should contact their physician or go to the closest emergency room. Being treated early can make a difference in the outcome of the disease and make recovery faster.

There are now 80 reported cases in the state and four deaths. The latest death was an 86-year-old woman in Wayne County. There are currently 23 cases of West Ni 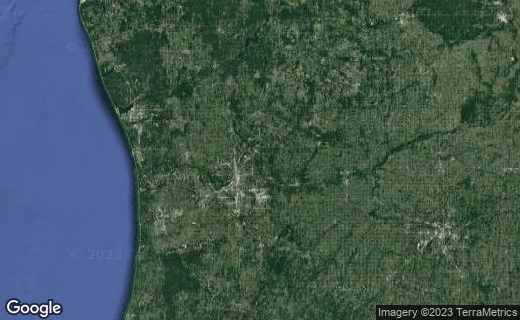