Give the gift of heavenly music this Christmas!

One of the greatest things about Christmas is the music of the season. So many beautiful songs in so many genres.

For a lot of people, Christmas may be the only time of the year that they hear classical music. And the classics embody the season so beautifully. The sounds of ancient music connect us to the spirits of Christmases past, to the people and the places where the holiday has been celebrated for centuries. Giving classical music as a gift is a beautiful way to share the Christmas spirit with someone you love.

Here are my picks for the 10 best classical Christmas songs that I know.

Classical music first came into my life at Christmas time - Thanks, Grandma!

I remember the first time I ever seriously listened to classical music. I was a girl and we were at my grandmother's house. I'm pretty sure it was Christmas.

We listened to her album of Handel's Messiah and the orchestrated version of Claire de Lune. I loved it, and it was the beginning of my lifelong love of the classics.

A few years later I was asking for classical albums as Christmas presents. On Christmas day, the first gift my parents presented to me was obviously in the shape of an LP. "Ooh, I know what this is!", I said. Sure enough, it was an album containing one of the pieces that I had asked for. Hooray!

The next gift they handed me was a medium-sized box. I had no idea what it might be. When I tore off the wrapping paper, I saw that they had gotten 6 more albums that included other musical pieces I had requested, taped the albums together in the shape of a cube, and wrapped it!

You can brighten someone's Christmas the way my Mom and Dad brightened mine with the gift of classical music!

Make someone a gift CD with your own musical selections!

Grab some of this gorgeous holiday music, or some picks of your own, for someone who is special to you. You can burn your chosen selections onto a CD and give them a Christmas gift that is personal, homemade, and unique.

And the Glory of the Lord Shall Be Revealed - Handel 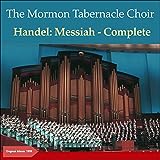 Handel: Messiah, Oratorio, HWV 56 (Original Album 1959)
"And the glory of the LORD shall be revealed, and all flesh shall see it together: for the mouth of the LORD hath spoken it." This is my favorite chorus from Handel's Messiah. A majestic setting of Isaiah 5. The Messiah recording that I grew up hearing was this one by the Mormon Tabernacle Choir with Eugene Ormandy and the Philadelphia Orchestra (that's the one my grandmother had), and it's still one of my favorites. I know that other people prefer other renditions, but what I like about this one is that you can really tell that they're speaking English!
Buy Now 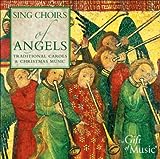 This haunting, plaintive carol is actually a 16th Century "show tune". It was first sung as part of a medieval play called The Pageant of the Shearmen and Tailors. The song alludes to the Massacre of the Innocents, described in Matthew 2:16-18. It is the song of a mother mourning for her child.

This performance is by the Magdalen College Choir, Oxford. 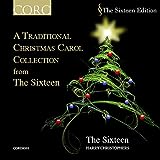 In heav'n the bells are ringing:

Is riv'n with angel singing.

The joyous melody of this carol is a traditional French dance tune, and the lyrics were written by English composer George Ratcliffe Woodward. The long, melodious "Gloria", similar to "Angels We Have Heard on High", is a favorite.

I wish I could find a recorded version of this arrangement that's done by the Aarhus Girls Choir (YouTube link), but I can't so we'll go with the David Willcocks arrangement.

Performed by The Sixteen And Harry Christophers.

I Wonder As I Wander - Niles 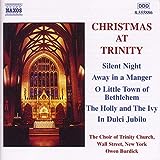 I Wonder as I Wander (arr. R. Shephard for choir)
Buy Now

"I wonder as I wander out under the sky

How Jesus the Saviour did come for to die

I wonder as I wander out under the sky"

John Jacob Niles wrote "I Wonder As I Wander" in 1933, starting with a couple of lines he'd heard a girl singing in Appalachian North Carolina and turning it into this exotic and ancient-sounding Christmas song. It has since been the subject of several different classical choral arrangements, with stunning results.

This performance is by the choir of Trinity Church in New York. The Amazon listing says that the arrangement is by John Rutter, but it is not the same arrangement that I find in my book of

"In the bleak midwinter, frosty wind made moan

Earth stood hard as iron, water like a stone

In the bleak midwinter, long ago"

The lyrics were written by Christina Rossetti as a poem in the late 1800s. The music is by Gustav Holst and was published in an English hymnal in 1906.

I live in Los Angeles and I've never had a snowy Christmas, but when I hear this carol I feel transported, thousands of miles east and hundreds of years past, to a place where winters were bleak and cold. I think the description of a frozen and fruitless land parallels the bleakness of the state of mankind before the Redeemer came.

Here, the carol is sung by the Choir of Christ's College. 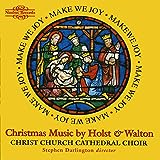 "Lullay my liking, my dear son, my sweeting

Lullay my dear heart, mine own dear darling

I saw a fair maiden sitten and sing

She lulled a little child, a sweete Lording"

The words to this Christmas lullaby date back to the 15th Century. There are two well known musical settings of it -- a more anthemic tune by Richard Terry, and this entrancing a cappella setting by Gustav Holst.

Here it is performed by the Christ Church Cathedral Choir.

"Once in royal David's city

where a mother laid her baby

in a manger for his bed"

"Since 1919, the King's College Chapel (King's College, Cambridge) has begun its Christmas Eve service, the Festival of Nine Lessons and Carols, with "Once in Royal David's City" as the processional. The first verse is sung by a boy chorister of the Choir of King's Chapel as a solo. The second verse is sung by the choir, and the congregation joins in the third verse."

The arrangement the King's College Choir sings is A. H. Mann. 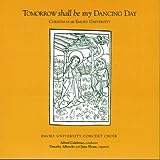 "Now the holly bears a berry as white as the milk,

And Mary bore Jesus, who was wrapped up in silk."

This traditional carol was first written down in the 19th Century. It's lyrics are similar to "The Holly and the Ivy".

It's best known for the transcendent arrangement done by John Rutter.

This performance is by the Emory University Concert Choir.

All is calm, all is bright"

For me, it wouldn't be Christmas without hearing the King's College Choir sing Silent Night. 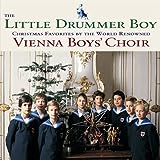 I like the German version better than the English. This sweet, lyrical lullaby was written in 1819.

The childlike quality of the song is captured beautifully by the Vienna Boy's Choir.

Explore on your own!

Find some music that someone you love will love!