A Teaposy Tea Party-Enjoying Tea Time with Toddlers and Tweens

How to party with different age groups

One of the challenges of having a party with a mixed age group is how to make it interesting for everyone. I miss out on many birthday parties and even holiday time with my grandchildren because I live out of state. So, when I travel into Michigan to visit during a special occasion, such as Valentine’s Day, I make it a point that there is plenty of fun to go around.

During last summer’s visit I just missed my grandson Alex’s second birthday. No problem, we would have a post birthday party in the form of a tea party. I had been given a glass tea pot for my birthday in April and was eager to share its uniqueness with my brood, ages two through ten.

Having a tea party with my grandkids isn’t a problem because they all enjoy having tea with mom and dad. This pleases me because I learned the benefits of tea at an early age from my maternal grandmother. To sit with my grandchildren and have a cup of tea brings delicious memories of late evenings with Nonie, my grandmother.

Have a Tea Party Brunch

When I arrived at my oldest daughter Cara’s house both families were there: my youngest daughter, Christa and her children Olivia and Marco. They happen to be my two oldest grandkids. The youngest children belong to Cara: Grace and Alex.

The table was set beautifully, the smell of something delicious wafted through the kitchen, and the air was charged with anticipation as Alex, the guest of honor, proudly donned his birthday hat-a birthday cake with candles. Only a two year old could wear this unabashedly on his head and not worry about how silly he looked.

“My goodness,” I thought delighted, “this is as close to Alice’s Mad Hatter Tea Party as I could possibly hope for.” Carefully, I removed the teapot from its box. It was a Daydream glass teapot from Teaposy.

Where does tea come from?

Tea comes from the tea bush, Camellia Sinensis, and the various types of tea: green, black, oolong, white and Ceylon is dependent on when the tea leaves are harvested, the way they are dried, and whether they are fermented.

White tea is the purest tea leaf with the least amount of processing. They are unfermented and contain 23.6 % polyphenols, which determine the antioxidant level. Antioxidants can aid in reducing cancer risk and improving cardiac health. They also have the least amount of caffeine, (only 8-15 mg per cup).

Teaposy is the corporate name of a company that sells glass teapots, cups and saucers along with the imported teaposies from China. The tea farm that Teaposy associates with lies within the Fujian Province in China and grows a rare tea: the Silver Needle white tea.

A teaposy is a bundled tea that has a blossom sewn in it. It unfolds as the heated water infiltrates the bundle. Bundles are handcrafted and held together by natural cotton threads. The first teaposy was created in 1995 and Teaposy has eight patented designs in their factory in China. The ‘blooming’ tea first made an appearance in 2005 in New York.

There are four main steps to creating a teaposy bundle. First, the tea is picked and the outer leafs of the plant removed to reveal the delicate, new buds. The buds are withered and dried with high temperatures. Next, the loose tea is sorted, bundled, and tied with cotton threads. Flowers are sewn into the bundle, shaped and dried once more at high temperatures. The teaposies are then wrapped in cheese cloth and mixed with freshly picked jasmine flowers. Each teaposy will have a basic scent of jasmine along with a secondary scent depending on what combination is created. Before the teaposies go on the market the newly scented bundles are dried at high temperatures one last time to remove any impurities.

As the tea water reached its temperature I gathered the children around the glass teapot, and pouring the water into the pot, I gently set the bundle in the center, encouraging them to keep their eyes on the magical flower that would open to reveal a surprise.

The box of tea I was given, along with the glass tea pot, was a medley.  In it were six carefully wrapped packages containing various shapes of blooms: lady fairy; heart of love, which opens into a dainty, pink rose set in the center of a bright orange lily blossom; butterfly; red song-a bright pink carnation; falling water; and calendula.

From the youngest to the oldest their interest held until it finished unfolding.  Then I carefully lifted the top and showed them the little white butterfly shape on the top of the blossom.  They were impressed briefly, their attention moving to the food on the table and the gifts I brought for each of them.

My grandchildren have no problem with their appetite and we enjoyed a wonderful brunch of blueberry muffins, fresh fruit, turkey bacon and tea.  Mr. Birthday Boy wore his hat throughout the party and everyone was pleased with the gifts they unwrapped.  I would say it was a tea party worth remembering. 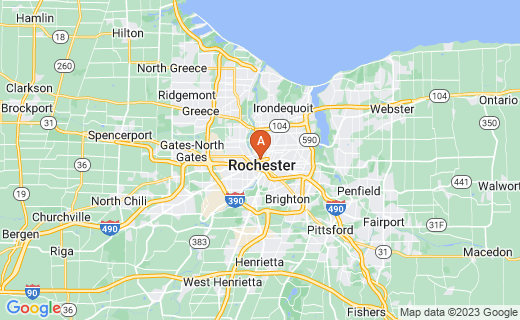