On Tuesday evening (Dec. 20) light one candle on your menorah

The literal word for Chanukah (Hanukkah) is dedication. Jews around the world on this holiday light the menorah on the eve of the 25th of Kislev. A Jewish holiday that is also known as The Festival of Lights is a celebration of both a historic event and a miraculous story that is dedicated to those who came before us. It is a Jewish holiday that marks the triumph of light over darkness, of purity over adulteration, of spirituality over materiality.

The story of Chanukah is found in the Talmud. The year is 167 BCE and the horrible persecution of the Judaism by the Greeks was in full swing. In the town of Mod'in a village east of Jerusalem, a band of Greek troops marched in and demanded that the Jews sacrifice a pig to the Greek Gods. The Greeks, led by a man named, Antiochus IV. He had an army of at least 40,000 trained men and a herd of war elephants (the tanks of the ancient world) .

During the time that Chanukah Hanukah was born there was a man who spoke for the Jews and his name was Matityahu. He stood up and said No to the Greeks for they wanted the Jews to assimilate. And so as the story goes Matitiyahu along with his son Judah nicknamed Maccabee ("The Hammer"), with an army of maybe 12,000 courageous took to the hills of Judea in open revolt against this threat to Jewish life. What the Jews lacked in training and equipment they made up for in spirit.

For after 3 years of fighting, the Jews were able to re conquer Jerusalem. And when they got there they found that the Temple was defiled in the most horrific ways. When Judah and his followers finished cleaning the Temple, they wanted to light the eternal light, known as the N'er Tamid, which is present in every Jewish house of worship. Once lit, the oil should never be extinguished. But there was only one vial of pure oil with the special seal that was found. They then used this oil to light the menorah, and a they witnessed a miracle, for this oil burned for 8 days, by which time fresh pure oil was pressed and delivered to the Temple..

And so, on the 25 of Kislev, the Maccabees purified the Temple and rededicated it. From then on, Jews have observed the holiday of Chanukah or Hanukkah for eight days in honor of this historic victory and the miracle of the oil.

Today, the observance of Chanukah (sometimes spelled Hanukkah) features the lighting of a special Chanukah menorah (sometimes called a Hanukkiah) with eight branches plus a helper candle called the Shamash , adding one new candle each night. The Shamash candle is used to light the other eight candles since you should not use the Chanukkah lights for any purpose other than viewing.

Candles are lit from left to right using the shamash.

Things I love about

Grate by hand potatoes and onion. Add eggs and then dry ingredients. Fry in hot oil. Replace 2 of the potatoes with zucchini for lighter pancakes.

Mix all ingredients into a soft dough.
Let rise for 2 hours.
Punch down and roll out.
Cut into 3-inch rounds.
Fill half the rounds with jelly, and wet the edges.
Top with another circle and seal well.
Let rise at least 20 minutes.
Fry in very hot oil.
Lift out with a slotted spoon and drain.
Dust with powdered sugar.

The Four Sides of the Dreidel

The Dredel Game - How To Play

I Have A Little Dreidel

A dreidel has one Hebrew letter on each side. Outside of Israel, those letters are: נ (Nun), ג (Gimmel), ה (Hay) and ש (Shin), which stand for the Hebrew phrase "Nes Gadol Haya Sham." This phrase means "A great miracle happened there [in Israel]."

How to Play the Dreidel Game

Any number of people can play the dreidel game. At the beginning of the game each player is given an equal number of gelt pieces or candy, usually 10-15.

At the beginning of each round, every player puts one piece into the center "pot." They then take turns spinning the dreidel, with the following meanings assigned to each of the Hebrew letters:

If a player runs out of game pieces they are "out."

Don't Let The Light Go Out

May the light of our souls increase and may we bring that light to our learning, our relationships and our communities.

Chanukah in 2011 will start on Tuesday, the 20nd of December and will continue for 8 days until Thursday, the 9th of December. 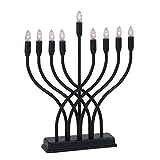 Are You Chanukah or Christmas?
Buy Now

Dont Let The Light Go Out 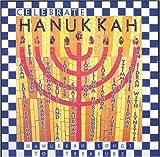