Akshaya Tritiya is one of the most widely celebrated festivals of Hindu Religion. This festival is also known as Akha Teej. This year Akshaya Tritiya festival falls on Tuesday, April 21, 2015. This Festival holds the reputation of the 'Festival of Gold'. It is also one of the most popular dates in Hindu calendar for marriages. Mass marriage ceremonies happen in many parts of India on this day. Akshaya Tritiya falls on the third day of the bright half of the lunar month of Vaisakha of the traditional Hindu calendar when the Sun and Moon are in exaltation. On this day the Sun will be in Aries and Moon in Taurus and both along with the Planet Jupiter comes under Mrigshira Nakshatra. According to the Puranas, this day also marks the beginning of Treta Yug; the birthday of Parasurama, the sixth incarnation of Lord Maha Vishnu. However, Parashurama Jayanti sometimes may fall one day before Akshaya Tritiya day. It is said that it was the day of Akshay Tritiya, that Ved Vyas along with Lord Ganesha started writing the Mahabharata.

The word `Akshaya' means never diminishing and ‘Tritiya’ stands for third day. It is believed that new ventures made and valuables purchased on this day would bring luck and success. Akshaya Tritiya is a very auspicious day for Hindus and they mostly invest on gold and silver, Diamond and other precious stones and the real estate on this day. One can observe heavy crowds in Jewelry Shops as it is believed that valuables bought on this day will never diminish in value but would continue to grow or appreciate. It is believed that whatever is bought on this day will remain forever. So this day is also considered auspicious for starting new ventures, housewarmings, weddings etc. According to Hindu astrology the entire day is auspicious (shubha mahurat) and there is no need to look for a muhurat on the day. Some people also plan their child births on this day as it is believed that people born during this time shine bright in life. This is also a good day for conducting rituals like Pitra-Tarpan. Another reason for the significance of this day is that the temples for the pilgrims of Badri Kedar Yatra or the Char Dham Yatra, opens on this auspicious day.

The day is generally observed by fasting and worship Krishna with rice grains. Many Hindus follow the ritual of doing good deeds on this day as it is believed that doing good deeds would bring 'punya' for lifetime. Hindus bathe in holy rivers, conduct special Pujas, offer barley in a sacred fire and make donations on this day. Heavy crowds are seen in the temples of Lord Vishnu, Ganesha and Lakshmi on this day. The Lakshmi Kubera Homa done on this day is said to attract wealth and prosperity for lifelong. It is said that visiting a Mahalaxmi mandir and throwing 4 coins in the 4 directions will open doors to wealth. On the day several business people perform ceremonies to start the new account books along with the worship of Lord Ganesha and Goddess Lakshmi and distribute sweets and gifts to customers. Akshay Tritiiya is a significant day in Jain Calendar as well. It is said that the first Adhinath, Lord Shri Rishab Dev concluded his year-long fast on Akshaya Tritiya day by having sugarcane juice. Jains consider the day of Akshaya Tritiya as the concluding day of their Varshi Tap. 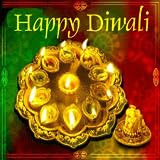 One of the popular legends associated with this day is that of Lord Krishna and his friend Kuchela (also known as Sudama). Sudama who is a poor Brahmin stuck by poverty visits Lord Krishna for asking financial favor. When Krishna notices the small bag Sudhama was carrying, he grabs it and eats a handful of beaten rice from it. Sudama is moved by the gesture of king eating the beaten rice belonging to his poor friend. Kuchela was so overwhelmed by the love showered by Krishna that he forgot to ask for financial help and returns home empty handed. He is awestruck when he sees his old hut replaced by a palace and his family wearing good clothes. He realizes that Lord Krishna made him rich overnight.

Another legend associated with Akshaya Tritiya is related to Mahabharata. It is believed that the Pandavas who were in exile received the Akshaya Patra (a bowl which gives unlimited amount of food) from Lord Krishna on this day.