The Last and Best Month of the Year

Probably the best alternative holiday in America and globally, December is Universal Human Rights Month, with Human Rights Day falling on December 10 during Human Rights Week. have a party this month, invite your diverse friends, and have a good time!

The protection of human rights in the world is important, especially given the in-your-face reporting of violence and different types of slavery extant today.

December is also the Month of the Cold Moon among some First Nations and Native American groups.

Mid-Winter Cold Moon Celebrations of the Iroquois and the Kwakiutl Nation at opposite sides of North America are similar and centuries old. If you are in the Pacific Northwest, you can visit several First Nations installations on Vancouver Island and on the British Columbia Mainland.

December also saw the beginning of Bingo Games somewhere in the past. All sorts of events and traditions have begun in one December or another.

Founded December 1, 1941, Civil Air Patrol or the "Flying Minutemen" engages youth in aerospace education (I'm one of the instructors), emergency services and disaster relief. Many search and rescue missions in America involve the youth of the CAP. In WWII, 200,000 men, women, and teenagers, famous movie stars, future NASA engineers, brewers, doughnut makers, future Tuskegee Airmen, and lots of pilots in CAP helped to keep America free of Nazi invasion, flying their own planes at their own cost.

Mutt Day was founded in 2005 to be held on July 31 and December 2. Founder Colleen Paige is a pet expert that wants America to save mixed-breed dogs from the pound. So, after careful consideration, think about adopting a mutt or volunteer at your local animal shelter to play with the animals.

The company is family owned, operating since 1932 and the methane gas the mountain of trash produces is turned into natural gas to power motor vehicles! 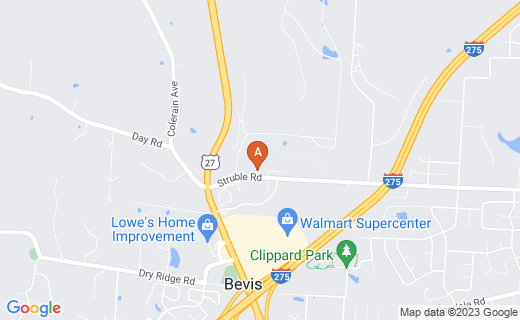 The Civil Air Patrol and about 40 survivors from WWII received the 2014 Congressional Gold Medal on this day for using their own planes and fuel to protect the USA against German U-boat attacks during World War II along our Eastern and Gulf Seaboards. CAP prevented WWII from coming on land in America.

December 11: International Mountain Day. (You might try Mount Rumpke again.) Visit one of the United States national parks for winter activities, and have a bagel, on this National Bagel Day.

December 13: Boogie in the Bungalow music festival in Hamburg, Pennsylvania.

Born in 1806 near Rome, Georgia, this Cherokee Nation member survived the Trail of Tears and led Confederate forces in the American Civil War.

December 13: Boogie in the Bungalow music festival in Hamburg, Pennsylvania.

The Big Year
I love watching this hilarious account of an annual bird count turned into a cutthroat competition by three rivals (Steve Martin, Jack Black, and Owen Wilson). I watch this film quite often.
Buy Now

December 15: Beginning of the Christmas Bird Count, though the first of the year. Fine a place needing the counting of birds at the Audubon site: www.audubon.org/

This is also Herding Cats Day, to commemorate managers who attempt to direct people in chaos.

December 16: Chocolate Covered Foods Day. The trend in the 2010s is to cover lots of bacon with lots of chocolate. Check out some Chocolate History and how to make real chocolate.

Orville and Wilbur Wright made their first powered flight in this date in 1903, in a heavier-than-air plane at Kitty Hawk, North Carolina. Interestingly, on this date in 1969, the US Air Force closed "Project Blue Book", concluding that there is no evidence of extraterrestrial activity in UFO sightings. Millions disagree! They still wonder about the "secret moon base" that Neil Armstrong and Buzz Aldrin may have discovered up there in July of the same year.

December 18: National I Love Honey Day. A Christmas superstition in Appalachia says that the honey bees hum the 116th Psalm on Christmas Eve.

December 19: The National Hockey League began its first season on this day in 1917.

December 21: National Flashlight Day. A friend of mine collected a room full of flashlights!

December 22: Happy Birthday to dear departed Colo the Gorilla at the Columbus Zoo and Aquarium!

On 12/22/1956, this gorilla became the first one born in captivity. She died in her sleep the night of January 16, 2017 at the age of 60. Columbus holds the world's record for oldest gorilla in captivity.

Invented to help those alone during the holidays to cheer up, this celebration incorporates anything from uplifting church services and potluck meals to fun all-night parties. My church has a special gathering for anyone lonely this night.

The birth of Colo and her descendants have paved the way for gorillas, an endangered species, to thrive in human care. It's hard to imagine what the world would be like today had she not been born.

— Tom Stalf, President and CEO of the Columbus Zoo and Aquarium

December 23: Night of the Radishes. A contest is held in which a city and nearby villages carve large radishes into detailed figures and scenes and compete in a contest sponsored by the City of Oaxaca.

December 27: Visit the Zoo Day. At the Columbus Zoo, Wild Lights continues nightly through the first week of January.

Healthy bacon? -- It contains the useful nutrient “choline.” It is known to increase intelligence and memory, fight Alzheimer’s Disease, and protect the heart from disease.