It is that time of year again. Valentine's Day is coming around and hearts are everywhere. People are on dating sites trying to meet someone. A lot of people are hoping to have a date for Valentine's Day. Well, who cares? No one really wants to celebrate Valentine's Day anyway, so why do we bother? Soon, we'll have to sit through sappy love songs on the radio. The television stations will be showing annoying chick flicks. No one needs any of that. Instead, we should all listen to the best anti-love songs!

You may ask, "What qualifies as an anti-love song?" That is easy. A song that is about love, but rather messed up in some way. Also, of course break-up songs are perfect, too. You always want to include at least one good stalker song or two on an anti-love song list. It is just the right thing to do. Without wasting any more time, let's get to this list. Here are the best anti-love songs for Valentine's Day (in my opinion, of course):

To start our list, I would like to begin with "Tainted Love." The song is about the heartbreak of loving someone, but not feeling it the same way in return. It is about an unhealthy relationship, so that makes it the perfect anti-love song for this list.

This is not actually the original version of the song. It was originally recorded by Gloria Jones, then Soft Cell, then a number of other artists like Marilyn Manson and Pussycat Dolls. Obviously, this song strikes a cord with many musicians.

He Hit Me (And It Felt Like a Kiss)

Are you looking for a sweet little love song about domestic violence? Well, look no further! "He Hit Me (And It Felt Like a Kiss)" is about hitting a woman because she was unfaithful. What is amazing about the song is the suggestion that a man hitting a woman means that he really cares. Of course! Don't we all feel that way?

The song was originally written by Carole King, which is pretty disturbing if you think about it. The Crystals recorded the song in the early 1960s. For some reason, Courtney Love also thought it would be a great song to perform with her band, Hole. Yes, it is a timeless treasure!

Every Breath You Take

I think this is the best time to introduce a great stalker song! "Every Breath You Take" by The Police is an amazing, powerful song about a man's obsession with a former lover. He watches her during every breath she takes and every move she makes. Awww, isn't that sweet? Seek therapy now!

According to Sting, he never realized just how much this song made him sound like a stalker when he wrote it. Ummm... I hope he's gotten some help. Not only is this pretty much a theme song for any stalker, the song still haunts any listener. Sure, it's been almost 3 decades since its release, but it is a challenge to find anyone that doesn't like this classic song.

Every Breath You Take by The Police

Since U Been Gone

"Since U Been Gone" by Kelly Clarkson became an anthem for any woman scorned. The song focuses on this total creep and a bad break up. Yes, this is the big break up song on this list! With lyrics like, "Since you been gone, I can breathe for the first time" this is not only a break up song, it is a song about impowerment. This is also the song that showed everyone that Kelly Clarkson was not just an American Idol winner. Kelly is a real star... just don't break up with her!

Since U Been Gone by Kelly Clarkson

Nothing is more disappointing than dating a person only to realize not only is she not in love with you, she hates you. Well, that is apparently what happened to the lead singer in Puddle of Mudd. If you have been feeling a little hated lately, maybe you should listen to, "She Hates Me." Sometimes when a relationship goes bad, it goes really, really bad.

She Hates Me by Puddle of Mudd

Sometimes, ladies, you are just dating a total creep. Sometimes you have to get rid of that creep. That is the sentiment you will find with the song, "You're No Good." Linda Ronstadt tells it like it is in this classic break up song. This song lets you know it is better to be single than to date a guy that is no good for you. Right on, Linda!

You're No Good by Linda Ronstadt

As far as The Killers go, this was kind of a tough call. There are so many anti-love songs from The Killers, as it should be considering a band name like that. At any rate, since "Mr. Brightside" is one of their most popular anti-love songs, this is the one I decided to include in the list.

"Mr. Brightside" is about being crazy jealous. He is imagining all the things his love interest might be doing with some other guy. He is obviously completely crazy since the song just includes a list of accusations. Can anyone say delusional?

Mr. Brightside by The Killers

Go Your Own Way

"Loving you isn't the right thing to do..." is the first line in Fleetwood Mac's classic anti-love song, "Go Your Own Way." And if any band knows about love gone wrong, it is definitely Fleetwood Mac. "Go Your Own Way" is the perfect song about love just not working out and the much needed separation. Of course, more bands have covered this song than you can shake a stick at, but the bottom line is, the best version will always be Fleetwood Mac's version. It is the original and it is truly from the heart.

Go Your Own Way by Fleetwood Mac

You can't have a good anti-love song list without including at least one great cheating song. When it comes to cheating songs, it is best to stick with country music. For my anti-love song list, the honor is going to go to Carrie Underwood's song, "Before He Cheats." Basically, it is about a woman's revenge on her cheating boyfriend before he even officially cheats. We all learned an important lesson about Carrie Underwood in this song... just don't get on her bad side. She will key your car.

Before He Cheats by Carrie Underwood

One might suggest the song "Obsession" by Animotion is actually quite a pro-love song. I disagree. These two are pretty disturbed. The lead singers go back and forth about how incredibly obsessed they are with each other. Is this romantic or should they seek help? In all honestly, that is the same question that runs through my mind while reading Twilight, but I am getting off the subject now.

"My fantasy has turned to madness and all my goodness has turned to badness..." does not seem like we are talking about a stable couple. With lyrics like that, an intervention might be necessary. Someone needs to separate these two and get them some help.

Somebody That I Used To Know

As if fate brought me this song, I just heard this for the first time this weekend. "Somebody That I Used To Know" is the newest song on the anti-love song list and currently on VH1's countdown. Gotye sings a rather bitter song about a girlfriend in his past that means nothing to him now. You get to hear the ex-girlfriend's side of the story, too. Give this song a chance because it will begin to haunt you. You won't be getting this song out of your head anytime soon.

Somebody That I Used to Know by Gotye featuring Kimbra

How Am I Doin'

It's not just the women in country music that can pick up the pieces when a relationship goes wrong. Dierks Bentley is out to prove the party never ends once you break up in the song, "How Am I Doin." As a general rule, if you cheat on Dierks and the relationship ends badly, you probably don't want to give him a call to find out how he is doing. Chances are, he is doing quite well having a great time in Vegas.

How Am I Doin' by Dierks Bentley

I Hate Myself For Loving You

Can you imagine there would be anyone out there foolish enough to mistreat Joan Jett? Yes, there is some creep out there stupid enough to do that! Check out "I Hate Myself for Loving You" and learn more about how some loser just doesn't treat Ms. Jett that well. "I Hate Myself for Loving You" is really an excellent example of an anti-love song since it proves you can be in love and totally miserable at the same time.

Thank you for recommending this one, Victoria Lynn!

I Hate Myself For Loving You by Joan Jett & The Blackhearts

Have you ever had a man tell you everything you wanted to hear only to find out it was all a bunch of lies? Of course! Well, thanks Henry Rollins for creating a song about it. Check out "Liar" by the Rollins Band. Henry Rollins was a lead singer that believed in making a point in everything he wrote. He is an angry liar, but somehow, just like every other guy that looks you in the eye and lies, you want to believe him.

Liar by the Rollins Band 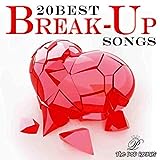