Christmas is a special part of the year. It is specifically special for children who look at the holiday with awe and magic. One of the things that makes the Christmas season so special is the music associated with Christmas. Best of all, there is great music for children of all ages, but for children there are entire albums of music specifically dedicated to them. These albums become part of the tradition of Christmas time and fosters great memories over a lifetime. The following is a short list of the best Christmas Albums for Children.

John Denver and The Muppets

In 1979, John Denver accompanied The Muppets on a television special about Christmas.  What arose out of the special is one the best Children’s Christmas albums ever made.  The 13 track album was an immediate hit with children and adults alike.  The album includes Dr. Teeth & Electric Mayhem’s version of Little Saint Nick and an original and fun version of the Twelve Days of Christmas. 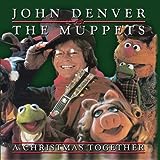 A Christmas Together
Buy Now

Every Christmas adults and children alike watch “A Charlie Brown Christmas.”  Who can forget Charlie Brown’s love for the little tree?  Released in 1965, the soundtrack from the television special is a great way to put everyone in the house in the Christmas Spirit.  The Soundtrack includes “Christmas Time is Here” and “My Little Drum.” 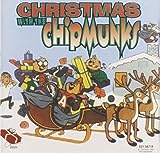 For those with newborns in the house and who don’t want to leave the little ones out of the Christmas festivities, “The Firs Noel: Christmas Carol Lullabies” is a great album to share.  This album offers 13 classic Christmas carols in a soft and tender tone that is great for naptime and bedtime.  Tara Maclean offers the vocals and is joined by a basic musical accompanied and provides a tranquil and seasonal environment for your loved ones. 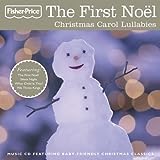