The Little Store That Was

Wally Bronner began his Bronner's CHRISTmas Wonderland store as a small sideline in 1945 in Downtown Frankenmuth - Little Bavaria - in Mid-Michigan. It grew so fast that he had a purchase a large corner lot at the south end of town and put up a building.

Within a just few decades, it became the mega-complex that it is today in the 2010s.But no matter how busy, It has never taken me more than 30 minutes to enter, have an ornament personalized, and be on my way - they are that well-staffed and organized.

After Mr. Bronner's death in 2008, the shopping and entertainment corner not only expanded, but upgraded the quality of its merchandise - even further, because it was top-notch already - and improved the property and attractions.

With its drive through light show and increasing number of displays, statues, and floats that honor Christmas, Santa Claus, families, nations around the world, Military Veterans of all wars, and more, other Internet sites refer to it now as an Amusement Park. Hotels, a water park, camping and museums at this corner make it a place for a week-long vacation any time of year.

The small store of 1945 grew so fast that Wally Bronner purchased a large corner lot at the south end of Frankenmuth and put up a building. Today, the complex offers a lovely chapel, signs holding Silent Night in many languages, and millions of lights in a free drive-thru show beside dozens of Christmas and winter statues.

I respect this family owned and operated company highly, because Mr. Bronner dedicated his sideline business to Christ with a brave conviction that did/does not browbeat anyone, among a huge competition of religions and sects in the world without denigrating any of them.

Wally respected them all, but stood by his own. The organization has always treated staff and customers well; and the store has always given back to the community and various charitable organizations.A large portrait of the extended family before Wally's death hangs in the South entrance today as a testimony to working together, honoring one another as family members, and honoring customers that bring financial support. 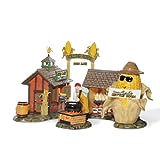 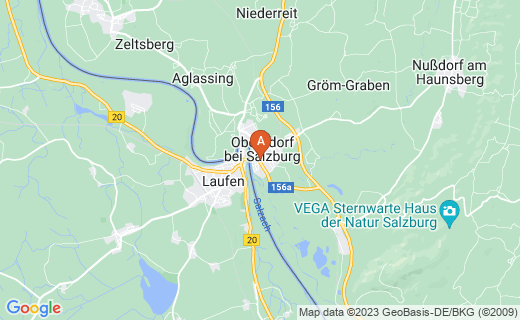 I am astounded at the developments around the Silent Night Chapel at the South Entrance of this wonderful store. All verses of Silent Night in English and the original German are presented on a plaque at the head of the paved pathway leading up to the chapel. The gold star placed at the top of the chapel spire is particularly bright when the site is illuminated at night at the south gateway to the City of Frankenmuth. Additions to the chapel grounds make it even more of an attraction --

The path up to the entrance also circles around the chapel and is fitted with plaques of the first verse of Silent Night in hundreds of languages, incredible to see. These verses include languages and dialects of even the smallest nations in the world's oceans, First Nations, Native Americans, African Nations and former Soviet nations, Iraq, even an Iranian tongue. If you want to see the hymn in Inuit, Mayan, or a Zulu dialect, visit this place.

Outdoor speakers broadcast not only Silent Night, but additional hymns and carols while visitors look at the different languages and sit on nearby benches to relax amidst the garden landscaped with lush grass, flowers, evergreens, and a tall Christmas tree decorated as a centerpiece, and a two Nativities. Colorful lights play across the Chapel, its hymn's many-tongued verses around the garden, the lush landscaping, trees, and Nativities to create a vision from 2,000 years hence, with all of Creation commemorating a single Birth.On Christmas Eve from 3:00 pm - 3:15 PM, members of the Bronner family and one or two musicians perform in the chapel and broadcast Christmas Carols around the venue. Visitors gather outside and sing along or enjoy listening and take photos.

Inside the chapel, the walls now display the blueprints and construction photos of the Silent Night Chapel, along with photos of the original structure in Obendorf, Austria and images of Wally Bronner meeting with the mayor and Visitors Bureau of that town to gain permission to reconstruct a replica of the chapel in Frankenmuth. Display cases highlight a verse or two of Silent Night in many additional languages, along with a special request for the first verse in a few hundred languages into which it has not yet been translated for display. it is the Bronner family's goal to obtain a translation in each known language to date.

The Christmas Carol "Silent Night" stands on signposts around the Silent Night Chapel in Frankenmuth MI, translated into hundreds of languages. Additional translations are added every year.

Silent Night, First Verse in Mohawk at the Chapel

Legend of the Panda

Some of the Newest Features

The interiors of the huge Bronner's CHRISTmas Store have been refurbished and redecorated to display a larger number and variety of merchandise items along wider, airier aisles with attractive displays overhead in the high ceiling areas.Merchandise is available for a number of different holidays that include various faiths and traditions.

Many scale model and toy trains run around these areas above the head of customers and children staring with eyes of delight. Even with carols of laughter and bright conversations, the large store is not a noisy place, but fun and relaxing. I have no idea how this is accomplished!

Within each are where two larger aisles meet, the store offers comfortable benches made of four straight-back chairs padded in bright red. While customers rest, they can watch the moving displays overhead. In addition to trains, they can see moving cartoon, fairy tail, and doll characters, and colorful lights playing over winter landscapes overhead.

Near the center of the stores beyond the South Entrance is a large Free Personalization Department. Any ornament can be personalized with a name and date, or some other idea that a customer might have that is workable. This service is completely free.

Near the West Entrance, Bronner's has constructed an attractive marked-down department, where older ornaments and gift items are attractively displayed among wall icons that depict and explain the myriad cultural legends of the world. I spent some time in this department and read all of the plaques, learning about global legends of which I had never heard.

Bronner's respects all cultures and displays gifts and ornaments from several outside America, as well as a large sales display of flags form hundreds of countries. A newer display is one of European Ornaments, especially Southeastern Europe and European Russia.

Polish, Romanian, and Russian ornaments are made from a delicate blue and white glass of these countries; others, from regional woods and fibers. St. Nicholas and Grandfather Snow are depicted in several media.

The Yellow Brick Road at Bronner's

The number of colors represented in Bronner's ornaments complete the rainbow in primary colors, pastels, and neon. Not only Christmas is depicted in ornaments, but also Halloween, Harvest Festivals, Thanksgiving, Valentine's Day, Mother's Day, St. Patrick's Day, New Year's, and others.

Ornaments are available for birthdays, graduations, anniversaries and even weddings. Mexican, Central American, ans South American ornaments celebrate Christmas and cultural festivals. The Jewish faith is represented in authentic Hebrew and Jewish celebratory and gift items in a large, tasteful, and attractive display area in a range of colors as well. Additional nations and cultures are also celebrated in gift and holiday items.

Many of the decorative and gift items at Bronner's are made in Michigan from local resources and in other parts of America. Additional items are handcrafted in Europe, Canada, Mexico, The Americas, Israel, and some in Asian and other countries.

A very interesting newer line is called Home Grown and contains figurines and banks made form the figures of fruits and vegetables transformed into animals.

My favorites are the Scallion Cat and the Cauliflower Sheep. The Eggplant and Chinese Cabbage Peacock is pretty awesome, too! They are fun and look nice around the kitchen and dining room any season, but especially for Harvest Time, Thanksgiving, and any holiday where a feast is is evidence.

Pillar of Heaven Nativity by Enesco 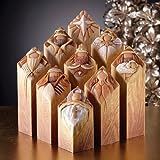 Christmas Decoration - Pillars of Heaven - 9 Piece Interlocking Nativity Story
This is a keep-forever ornament to set out during the Christmas holidays and to pass on to future generations. It contains diamond arrangement of the Newborn Jesus, Mary, Joseph, Three Kings of the East, a Shepherd, an Angel, and the Christmas Star.
Buy Now

Bronner's is in Mid-Michigan 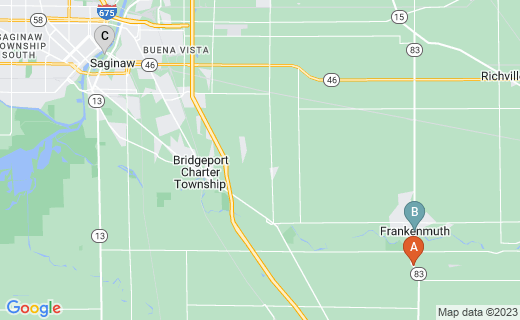 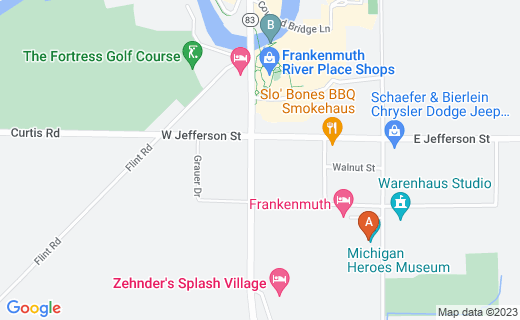