Aanvi is a full-time mom and part-time healthcare worker. She's glad to be able to share her well-researched articles.

Have A Marvel Fan At Home?

Who says comics are only for geeks? After the huge success of Avengers Infinity War and the Avengers Endgame, the whole world has become a Marvel fan. Stan Lee's marvel characters have taken on a whole new meaning to comic book superheros.

It's not only spiderman that children are watching and imitating, there is a wide array of superheros that are now in the same popularity group as Spiderman- including Captain America, Iron Man, Dr. Strange, Black Widow, Black Panther, Hulk, Thor, Wolverine, Scarlet Witch and so many more.

Whatever happens tomorrow you must promise me one thing. That you will stay who you are. Not a perfect soldier, but a good man.

Avengers: Infinity War was released in 2018. In grossed a total of $2,048,359,754 while Avengers Endgame game grossed $2,796,274,401. These figures reflect worldwide collections. It is no wonder that fans across the world are very excited about collecting some of the best and more unique Avengers items as not only are they fun to play with for children but also can be great collector's items.

Although the Marvel Cinematic Franchise started in 2008, it wasn't until 2012 that Marvel started taking over the box office numbers. Since then, there has been no looking back for Marvel. Marvel has collected close to $6 billion in Merchandise sales.

Whether buying collectibles is your hobby or whether you are looking to make profit in the future by selling your collectible, here are some of the most fun Marvel collectibles handpicked just in time for the holidays.

With so many choices out there, this will help you narrow your choices down. 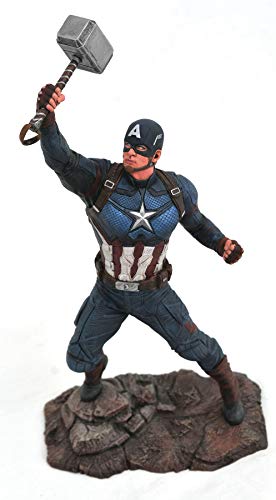 DIAMOND SELECT TOYS Marvel Gallery: Avengers Endgame: Captain America PVC Figure, Multicolor
This is America's Hero and he definitely deserves a special spot on the shelf. This is a very detailed figurine with just the right colors and the perfect size. It is well worth the price.
Buy Now

DIAMOND SELECT TOYS Marvel Gallery: Avengers Infinity War Movie Thor PVC Diorama Figure, Standard, Black
As the crowd cheered in the theaters, from one of the MOST memorable scenes in the 'Infinity War', as Thor enters Wakanda "Bring Me Thanos"
Buy Now

Which is your all time favorite Marvel movie?

Marvel Gifts For Your Teen

It is easy to for shop marvel gifts for young children. But shopping for a teenager can be tedious as there are so many options out there and teenagers can be picky. But you are determined to buy your Marvel Teen Fan a Marvel themed gift. Here is a quick guide to choosing the best marvel gift for your teen.

A Great Collection Of Marvel Comics 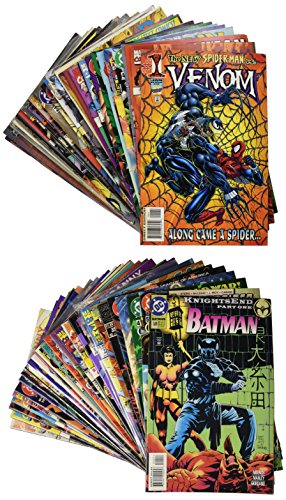 Book Lot 50 Comics Good Condition! (various distributors)
Although comics have been around since great depression, Marvel comics evolved in the 1960s. Since then, the Avengers franchise has made a big impact on the characters. As a mom of a marvel fan, I know a thing of two about how much teenagers enjoy reading and collecting comic books. This is the option that I liked the most after searching on amazon.
Buy Now

Spiderman has enthralled fans since the 1960s. And with Tom Holland as the new Spiderman, the excitement among kids has gotten more and more. This video explores the 19 comic book locations to see in Marvel's Spiderman Comic books. 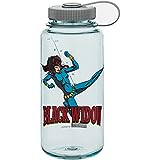 Nalgene Marvel 32oz Wide Mouth BPA-Free Water Bottle, 32 oz, Seafoam Black Widow
This water bottle speaks volumes. It's all about woman power. Perfect for your teen as she goes to the gym or goes hiking. My niece is a big black widow fan and I know she will be excited to receive this for the holidays.
Buy Now

Lastly, I asked my teen, what he thinks is the best Marvel gift to give to anyone (young, middle-age, old)? He suggested the Avengers Endgame DVD . Recently I purchased it for my son but he'll have to wait for Christmas to watch it :-)

Avengers Endgame [DVD] [2019]
Released on April 26th. One of the biggest blockbusters in the world of cinema. I purchased this for my son. He's a big Marvel Fan. Perfect to watch with family during the holidays or keep it as a collectible.
Buy Now

This Is For Marvel Superfans