The Chinese Lantern festival falls on the 15th day of the first lunar month, a full moon, and concludes the Chinese New Year festivities. For 2010 that will be February 28.

Like the name Lantern Festival implies the main attraction is the making and hanging of lanterns. From the traditional red Chinese lanterns to decorative pieces coming in all shapes and sizes, the lanterns can represent traditions, stories, the Chinese zodiac and much more. Often times riddles are placed on a lantern for people to solve. Firecrackers and lantern parades are common as are performers on stilts and traditional festival dances like the Lion Dance. Traditionally the Lantern Festival also served as a day of love and matchmaking as it was one of the few days where young people, especially women could be out without a curfew. 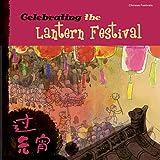 The legends on the origin of the Lantern Festival are many and here are a few of them. The first says that the Taoist god Tianguan, who represents good fortune, loved celebrations. As his birthday fell on the 15th of the first lunar moon the people held games and activities while praying for good fortune.

Another story states that the Lantern Festival was for the worship of the ancient god of Heaven, Taiyi. Holder of the world's destiny and said to control sixteen dragons he could bring forth pestilence and famine at will. Emperor Qin Shi Huang who united China therefore held an elaborate ceremony for him, praying for good weather and health. Future emperors continued the tradition.

A different legend tells the tale of how in ancient times, villagers killed a beautiful bird favored by the Jade Emperor in Heaven. Other stories have it as a goose or swan. Angered, the Jade Emperor was going to destroy the village in a fire storm. That is until the Emperor's daughter came down from Heaven and warned the people who quickly set off fireworks, hung up lanterns and lit bonfires to make it appear that the village was already burning. The Emperor's troops upon seeing the fire returned to the Jade Emperor and reported the village had been destroyed. Since then, the Lantern Festival has been held in celebration.

Another take on the origin involves a palace maid in the Emperor's service during the Han dynasty named Yuanxiao. She missed her family and wanted to see them but could not as she worked in the palace. A minister who felt sympathy for her came up with a ruse to let her wish be granted. Approaching the Emperor, he told him how the Jade Emperor was sending the god of Fire to burn the city on the 15th of the first lunar moon. As the Jade Emperor loved fire, he advised that they set off firecracker and hang red lanterns throughout the city while everyone comes out to the streets and watch. Furthermore he said the god of Fire loves Yuanxiao's dumplings and that if she presented them to him, then the god would be appeased. The Emperor followed his advice and the city lit lanterns and made it appear as if it were burning. Under the noise of firecrackers and lanterns, Yuanxiao managed to return home and see her family. As nothing happened that night, the Emperor continued this ritual every year.

The traditional food for the Lantern Festival is a glutinous rice flour dumpling commonly called the Yuan Xiao or Tang Yuan and symbolizes family unity. A simple dish, it can be made sweet or savory, filled or unfilled. Common sweet fillings are red bean paste, black sesame paste or crushed peanuts and sugar while savory Yuan Xiao tends to involve mixed meats, vegetables or mushrooms. The recipes can be adjusted to suit one's taste and there is no real wrong way to make the dish.

Here are the general steps needed to make a simple sweet Yuan Xiao recipe (one without filling, one with filling):

To add the red bean paste or other sweet filling to the dumpling, proceed through step 4 above and discard the rest of the above steps.