Chinese Mooncake Festival has many names such as Mid Autumn Festival, Lantern Festival and also Moon Festival. Whatever name we call it, this festival goes hand in hand with mooncakes and lanterns. And it is a celebration of unity.

Every year on the fifteenth day of the eight month of the Chinese Lunar Calendar, the Chinese celebrate Mooncake Festival otherwise known as “zhongqiujie”. At this point in time, the moon being at the fullest and roundest shines on us with its utmost brilliance. Many a times we listened to the tale of the Moon Goddess living on the moon. This legend dates back to 2170BC during the reign of Emperor Yao. According to legend, at that time there were ten suns. This phenomenon was causing the earth to burn. Emperor Yao then ordered the great archer General Houyi to shoot down the nine additional suns. Houyi succeeded in this almost impossible task and was rewarded with a pill that gives eternal life. However he has to pray and fast for a year before consuming the pill. One day his beautiful wife Chang’e found the pill and swallowed it. She began to float towards the sky and finally ended up on the moon. And she lived there ever since. Legend has it that Chang’e beauty is the greatest on “zhongqiujie”.

1) Shan Hai Jing, the Classic of the Mountains and Seas

A famous folk tale surrounding Chinese Mooncake Festival is the uprising of the Chinese against the Mongol rulers in the 14th century. The Chinese rebel leader Zhu Yuanzhang was planning for a rebellion. However group gatherings were banned by the Mongols. How do the Chinese coordinate this plan? Knowing that the Mongols do not eat mooncakes, they distributed thousands of mooncakes to the people on the pretext of blessing the Mongol emperor. Inside each mooncake was a piece of paper with a message. “Kill the Mongols on the 15th day of the 8th month”. On that day with the precise coordination, the Chinese succeeded in overthrowing their oppressors. Under Zhu, the Ming Dynasty (1368 to 1644) was established. And Mooncake Festival was celebrated henceforth to commemorate this unforgettable event. 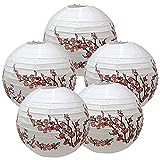 How to celebrate Mooncake Festival

This joyous occasion is celebrated by farmers at the end of the summer harvesting season. Traditionally on this day, Chinese family members and friends will gather to admire the bright mid autumn moon, and eat mooncakes under the bright full moon together. If they gaze really hard at the moon, they may just see the beauty of Chang’e.

Nowadays, Mooncake Festival is also known as Lantern Festival. Visit Chinatown during this festival and you will find that the streets, shops and houses are decorated with lanterns. Children are especially delighted when they get to carry brightly lit lanterns of all shape and sizes.

Mooncakes are also known as "reunion cakes" as family members gather to enjoy this pastry. Usually there will be a family reunion dinner on this day. After dinner, children will be playing with lanterns while adults look on and enjoy the mooncakes with casual talk. Some may go attend festival performances in parks or public places. Others may celebrate with colleagues, friends or even strangers. Always remember it's about unity and togetherness.

Roughly the size of a human palm, mooncakes are quite filling. Mooncakes are meant to be cut diagonally in quarters and shared with family and friends. One mooncake can be shared by eight people. Normally one person will take more than a piece of mooncake… trying a few flavours too.

Mooncakes has a thin tender skin enveloping a sweet, dense filling. The mooncake may contain one or two whole salted egg yolks in its center to symbolize the full moon. Traditional mooncakes have the word “longevity” or “harmony” (in Chinese characters) printed on it. Traditional mooncakes flavours are lotus seed paste, red bean paste and five kernels (5 varieties of nuts and seeds mixed in maltose syrup). Nowadays mooncakes flavours are plentiful ranging from green tea, tiramisu, chocolate, durian, peanut, cream cheese to chicken floss just a to name a few. There is even mooncake ice cream from Häagen-Dazs and Baskin Robbins.

Mooncakes are eaten throughout the month before the actual festival day. They make meaningful gifts of unity for family and friends.

Share a mooncake with someone you love, family and friends.

Next year Chinese Mooncake Festival will be on 12 September 2011.

And the following years on these dates: 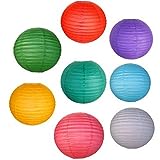 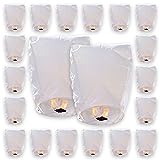 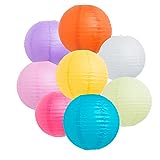