Lai See is the custom of giving a gift of money in a special red envelope during the New Year's celebration. In the Chinese culture red is a lucky color. Both red and gold (which represents wealth) are popular colors for the New Year celebrations.

The Lai See custom entails older relatives giving the special red envelopes with money inside to young children in the family. In many traditional families children do not receive an allowance like children in the West so the gift provides them pocket money which they can spend themselves. 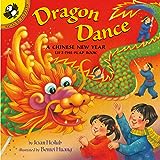 Lai See is not a general giving of gifts but rather a custom in which some people are givers (married people, parents, grandparents, aunts, uncles, bosses, etc.) and others are recipients (children, single people, employees, etc.).

In prosperous Hong Kong the Lai See custom is very popular and lots of money exchanges hands each New Year. Many people not only have people they intend to give a red envelope to but also carry spare red envelopes with money in them for situations where they meet someone by chance such as running into an old friend who is single on the street or at a party. Unlike Christmas gifts on which you usually write the recipient's name, it is not the custom with Lai See to put names on the envelope. The idea is to have a few extra envelopes with money so that when you run into someone unexpectedly you can give them an envelope and make it look as if your intention had been to look them up and give them the gift of Lai See.

Also in Hong Kong the custom is to use only new bills. This puts a strain on the banks and especially on the central bank which has to print thousands of new bills each year. People spend the weeks before New Year visiting banks to get newly printed bills. Many banks announce when they will have new bills and people line up outside before they open in order to get some of the new currency. The government has tried, so far unsuccessfully, to get people to use existing bills rather than new ones. But many are reluctant to do so for fear that it will appear that they forgot about a person or, worse still, did not plan to give a gift to someone until they suddenly discovered that they would be encountering that person during the New Year's celebrations and then just took a bill from their wallet and put it into a red envelope.

The amount of money in an envelope is usually just a single, small denomination, bill but, because effort is required in order to obtain new bills, the use of new bills conveys the message that the giver thinks enough of the recipient to go to the extra effort required to obtain a special bill. In this sense it is the thought behind the gift rather than the value of the gift that counts.