Dandiya and Garba – The Dances of Navratri 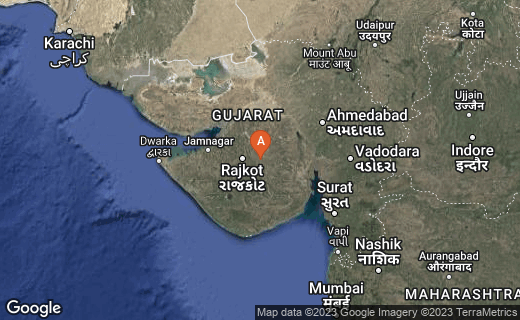 'Dandiya' and 'Garba' are the most popular dances of Gujarat in India and these dances hold a significant place in Navratri celebrations. Apart from Gujarat, dandiya and garba are nowadays performed in many other states of India and in other countries with Indian population during the festive season of navratri in the month of September or October. Dandiya is normally played in the late evening time after performing holy rituals while Garba is performed before worshipping Goddess Durga. ‘Navratri’ means ‘9 Nights’ as the name suggests 9 (Nav), Nights (Ratri), so these holy celebrations last for 9 days/nights. Over the course of the nine days, the Mother Goddess is worshiped in her various forms - Durga, Lakshmi, and Saraswati. Each goddess is worshiped for three days in turn, starting with 'Durga' who destroys negative tendencies. Next is 'Lakshmi' who bestows good virtues and fortune, and last is 'Saraswati', who instills wisdom and spiritual knowledge.

These dances are generally performed in a big group, so every one gathers at a common place, normally in a big ground to participate in this festive and colorful dance. While Garba is performed exclusively by women, both men and women join in for dandiya. At many places, dandiya dance starts in the late evening time at around 9 P.M. and lasts till early morning at 4 A.M.

In garba, women dance on garba songs by placing decorated pots on their heads and sing songs in praise of the goddess. The circular movements of dandiya are slightly complex as compared to the movements of garba. Dandiya is performed by making two circles, one of which revolves in clockwise direction, whereas the other revolves in anti-clockwise direction in a rhythmic manner. While some of it still retained a traditional flavor, but the introduction of disco dandiya has given Navaratri celebrations a glamorous and modern twist. Nowadays, people unleash their dancing to a fusion of remixed beats and loud Hindi pop music.

Significance of Dandiya in Navratri

Dandiya is very popular during navratri because it is performed in honor of Goddess Durga. Dandiya is believed to be the dramatization of a fight between the Goddess and Mahishasura – the mighty demon king. The sticks of the garba dance represent the Sword of Goddess Durga, therefore, this dance is also known as ‘The Sword Dance.’

The use of colorful sticks and traditional colorful costumes make dandiya different and unique in itself. The women wear embroided ghagra choli with mirror-worked bandhani dupatta and heavy jewellery. Men dress-up in traditional dhoti kurtas dazzling with mirror work. The sticks used in dandiya were traditionally made of bamboo, but nowadays, these sticks come in a variety of colors and kinds which look very attractive. Thus, dandiya is known for setting the festive mood without which navratri celebration seems to be incomplete. 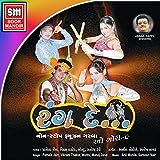