Deepawali 2016 - The Indian Festival of Lights

Deepawali is one of the biggest festivals of India. Diwali is observed mostly by those belonging to Hindus, Sikhs and Jain religions in India with each community celebrating Diwali for different reasons. The date on which this day falls this year is 30th October 2016.

The word Deepavali comes from the Sanskrit word which means row of lights. During Deepawali streets are illuminated and houses are decorated and clay lamps are lit. Deepawali signifies "the awareness of the inner light". This festive occasion also marks the beginning of the Hindu new year and Lord Ganesha along with Goddess Lakshmi is worshiped on the Deepawali day. It is believed that the Hindu goddess of good luck visits homes that are brightly lit. The first day of Diwali is also the Hindu New Year and New Year of Business. Diwali festival is a national holiday in India. Deepawali festival is also referred to as the 'festival of lights' because of the fireworks and diyas associated with this festival. The word 'Deepawali' literally means rows of diyas (clay lamps). Diwali is an occasion of gifts, sweets and feast, fire works, new dresses and puja. Deepawali also symbolizes the victory of righteousness over evil and the lifting of spiritual darkness. Diwali greeting Cards are also send on the occasion of Deepavali to friends and relatives wishing them wealth, health and prosperity. However, these days the normal greeting cards have given way to e-greetings.

Diwali is one of the most popular festivals in the Hindu calendar.The auspicious day of Diwali is decided by the position of Moon and falls on Amavasya (no moon day). Deepawali comes 2 weeks after Dusshera. Deepawali holds special significance for the Hindus. It is believed that it is on this day Lord Rama, avatar of Mahavishnu in the Treta Yug, returned to Ayodhya after 14 years of exile along with Sita and Laxman after killing the Demon King Ravana. Another story associated with Diwali is that of the Demon Narakasur who terrorized people.The other events associated with Deepawali the completion of austerity of Shakthi and the Govardana Puja where Krishna defeats Indra. In Jainism Deepawali marks the nirvana of Lord Mahavira. For Sikhs this day Guru Hargobind Ji was freed from imprisonment. In West Bengal Goddess Kali is worshiped during Deepawali and in Gujarat Goddess Laxmi is honored.

Deepavali is celebrated as Tihar and Swanti in Nepal.People celebrate the victory over darkness and demon by lighting diyas on the occasion of Diwali. Deepawali of Goa is called Narak Chaturdasi.In Nepal, Diwali is known as "Tihar" or "Swanti".In Trinidad and Tobago, communities all over the islands get together and celebrate the festival. One major celebration that stands out is the Diwali Nagar, or Village of the Festival of Lights. In Malaysia, Diwali is known as "Hari Deepavali," and is celebrated during the seventh month of the Hindu solar calendar.In Sri Lanka, this festival is also called "Deepavali" and is celebrated by the Tamil community.

Deepawali is celebrated for 5 continuous days out of which the third day as the most important one. Throughout India, the first day of Diwali is widely known as Dhanteras on which Dhanavantri and Goddess Laxmi is worshiped. This day is considered auspicious for buying new utensils, gold and silver items.The second day is celebrated with the lighting of 5-7 deep (Diyas) on the door and corners. This day is known by different names in different parts. Some names associated with this day are Choti Diwali, Narkachaturdashi, Roop Chaturdashi, Divvela Panduga, Kali choudas, and Kali Puja. The third day is the most important day of Deepawali and is synonymous with Lakshmi Puja. This day is also referred to as Chopda Pujan and is considered the start of new business year. Jains refer this day as Deva Divali and worship Lord Mahavira on this day. The other names associated with this day are Sukhsuptika, Kaumudi Mahotsavam, Badhausar, Balindra Pooja, Karthigai Deepam, Thalai Deepavali, Sharda Pujan, Diyari and Bandi Chor Diwas. The fourth day of Diwali falls on the first day of the lunar New Year and is known as Gudi Padwa, Bestavarsh, Bali Padyam, Muharat Pujan etc.The fifth day of Diwali is widely known as Bhai dooj or Bhatri Ditya which represents the bondage of a brother and sister. Other names associated with this day are Bhai Phota, Bhai Tika, Bhaubeej and Bhathru Dwithiya. 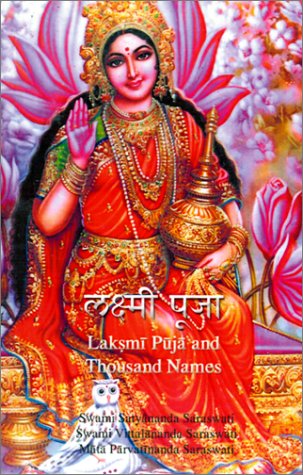 Welcome the Goddess of Wealth with Gold on Dhanatrayodashi or Dhanteras

Dhanatrayodashi or Dhanteras is the first day of Diwali. It is believed that Lord Dhanvantari, the guru of Ayurveda, came out of the Ocean on this day. Dhanteras is the celebration of Prosperity and wealth. It is very auspicious to buy gold coin or jewellery. Hindus in India mostly prefer to start new business and vehicles on this auspicious day of Dhanteras. Hindus clean and decorate their homes to welcome Goddess Lakshmi on this day. During Diwali one can see the beautiful rangolis drawn outside the home of Hindus, torans of mango leaves and marigold and lightened Diyas in the evening.

Gold Jewellery bought on this day is said to bring in the blessings of Goddess Lakshmi, the representation of wealth and Prosperity.Gold Coins and Jewellery are gifted or bought in the auspicious occasion of Diwali. Shops selling sweets, jewellery and cloths see maximum sales in the month of Deepavali. During Diwali one also get to see a lot of clearance or discount sales. Most People start their Diwali Shopping atleast ten days before Diwali to avoid the shopping crowds. With Deepawali just around the corner, I wish all the readers a very Happy Diwali.