Dhanteras this year is on 2 November 2021

Dhanteras is a festival of Hindus and is the first day of the 5 day Diwali festival - the festival of lights.

Dhan means wealth and teras means 13th day. Since this celebration is related to praying for wealth and prosperity and is celebrated on the 13th day of Krishna Paksha as per the Hindu calendar, it is called Dhanteras.

Dhanteras is also less commonly known as Dhantrayodashi, Dhanvantri Jayanti, Yamadeepan and the festival of wealth. It is celebrated by Hindus in India and abroad.

New account books meant for the Hindu new year that follows, are also purchased today and are kept ready for Lakshmi puja which is to follow 2 days later when these books are worshipped and writing commenced, to herald the new financial year beginning on Padwa day - the next day. 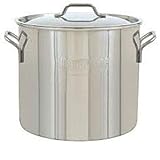 On this occasion, Lord Ganesha and Goddess Lakshmi - the Goddess of wealth and prosperity are worshipped. Small earthen lamps called diyas are lit in the evening to ward off evil spirits.
Dhanvantari - the God of Ayurvedic medicine is also worshipped on this occasion.

Devotional songs praising Goddess Lakshmi called Bhajans are sung and traditional sweets made of jaggery and dry coriander called Naivedya are offered to the Goddess.

Villagers worship their source of livelihood, the cattle and cows are worshipped as they are believed to be the incarnation of the Goddess.

Diwali is a time when all homes are cleaned and painted or at least whitewashed, and decorated. So on this occasion of Dhanteras, Rangoli, which is a traditional motif of designs, is made on the floor of the main entrance and doorways, to welcome Goddess Lakshmi. Earthen lamps are lit and kept burning throughout the night.

There are 2 legends associated with this festival.

King Hima's 16-year-old son was predicted to die of a snake bite on the fourth day of his marriage. When the fourth day arrived, his wife decided not to allow her husband to sleep. To do this she lit diyas all over the palace and then spread all her jewellery and gold and silver coins. She related stories to him and sung songs.

When Yama, the god of death arrived in the form of a serpent, he was dazzled and blinded by the glitter emanating from the ornaments and coins. Mesmerised by the stories being related and the songs being sung by the princess he just sat there unable to move. When it was morning, he quietly left. King Hima's son was thus saved of imminent death.

Hence to celebrate this day, gold and silver are purchased and lamps are lit and kept burning through the night. Because of this, the day is also called Yamadeepan, as it is related to Yama, the God of death and deepan, meaning, the lighting of lamps.

According to this legend, the Gods and demons churned the sea to get hold of Amrit or nectar of immortality. Dhanvantari - the God of Ayurvedic medicine emerged holding the jar of elixir.

Please Rate This Hub. Thank You

Some Of My Other Hubs On Indian Festivals