Exploring the Island of Curacao

The Island of Curaçao is the largest of the Dutch Antilles. Curacao lays just north of the Venezuelan coast but has a completely different vibe to its neighbour. Through Curaçao's history, it has been influenced by European colonial powers such as Spain, Portugal and Great Britain. Though Curaçao has been under Dutch rule for the majority of its existence. Before the European settlement the Arawak tribe laid claim to the Island. The Island was originally settled by the Spanish and Portuguese, before being developed into an important trading centre by the Dutch.

The Island of Curacao was also occupied by the British Empire for a short period of time. The vast majority of the population are descended from African slaves and Venezuelans who are only a short boat ride away. The melting pot of cultures has made the Island very multicultural and welcoming to all. The Island is an important financial centre in the area and unlike other islands in the area does not rely solely on tourism for its main source of income. There is not the obvious differences between the rich and the poor that some areas of the Caribbean tend to exhibit.

Curaçao has a climate which mixes the best of both the stable weather of Latin American and the tropical sunshine of the West Indies, Curaçao is very fortunate, as it lies just outside the hurricane zone that often ravages the Islands of the Caribbean. Although the Island does get the odd tropical rainstorm, Curaçao has a dry season from January to September and a wet season from October to December.

The Marine Beauty Around the Island.

Curaçao is known for its coral reefs, which are a great place to enjoy scuba diving. Some of the coral reefs have been damaged by increased tourism and schemes are in place to mend the destruction. Porto Marie beach is experimenting with artificial coral reefs, in order to improve the health of the reef and improve the marine habitat. Hundreds of artificial coral blocks that have been placed in the sea, are now home to a large array of tropical fish.

The beaches on the south side of the Island, contain many popular diving spots. An unusual feature of Curaçao geography is that the sea floor drops steeply within a few hundred feet of the shore.

Strong currents and a lack of beaches can make the rocky northern coast dangerous for swimming and diving. But experienced divers sometimes dive there from boats when favourable conditions allow it. The prevailing trade winds and warm water make Curaçao a great location for a spot of windsurfing, although the nearby islands of Aruba and Bonaire are much better equipped to accommodate the leisure activity.

The southern coast is very different and offers remarkably calm waters. Curaçao offers beaches like Banda Abou here there is a wealth of activities to indulge in. Banda Abou offers water sports and canoes for watery coastline safaris. The clear sea is teeming with fish, and the water is calm enough for cautious snorkelers and beginner divers. There are plenty of reliable dive schools catering for every level of diver. The more experienced divers prefer to head to Porto Mari. The whole coastline of Curaçao features many bays and inlets, many of them suitable for mooring. There are also many isolated beaches for those tourists who wish to explore or just to escape from civilization.

If diving into the inviting deep blue ocean or basking on the white beaches are not for you. Then maybe hiking would appeal to you, Curaçao's highest point is the 375 metre Christoffelberg ("Mount Christoffel") which is located in the northwestern part of the island. The mountain lies in the beautiful preserved wildlife park, Curaçao Christoffelpark . The national park can be explored by car, bike or even by horse. For those who wish to breath in Curaçao's natural beauty several different trails have been laid out. Curaçao has many other places where one can hike, it is an island waiting to be explored. For nature lovers there is Saliñas salt marshes where flamingos fly out to feed and rest.

As much as the Netherlands is known for its love of bicycles so is Curaçao . In Curaçao you can hire a bike to pedal past the Dutch colonial mansions and plantations. For the more lazy or relaxed visitor, they can resort to hiring jeeps. But what most will inevitably end up doing at some point in their visit is relaxing on one of the quiet, calm beaches of the southwest and in the evenings sampling the exotic cuisine Curaçao has to offer. Dishes common in Curaçao are also found in Aruba and Bonaire as well. The cuisine of Curaçao is a mixture of Caribbean, Creole and South American influences.

You will never be short of places to eat and drink around the island, there are snèk's which serve local dishes as well as alcoholic drinks in a manner just like a British public house. There is relaxed attitude to prostitution in the Dutch colonies as the authorities prefer to have the sex industry kept as medically safe as possible. Unfortunately the liberal attitude to prostitution has possibly encouraged human trafficking from Latin America to Curaçao. 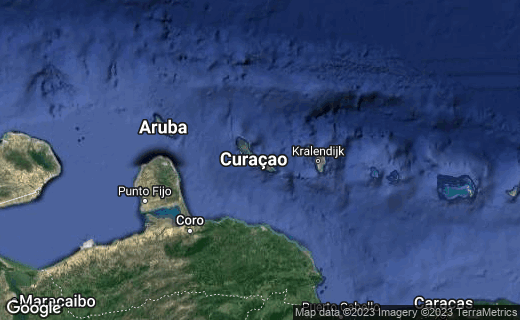 Other Hubs to explore.

The Island is well served by an airport and flights are quite frequent from all other the globe. The direct root is more expensive and some backpackers prefer to fly in to the main land and take a boat across. There are usually good offers on from Europe to the Island. The current price on the 21st of July 2010 from London to Curacao is £581, which is a reasonable price for a transatlantic flight. The Island has many good hotels, the two with the best reviews i have seen are Lodge Kura Hulanda & Beach Club, and the Limestone holiday resort. There are just under forty hotels on the island at this present time. The Island is expected to receive a lot more tourism in the future, so now maybe the ideal time to sample what it has to offer.