Samhain and the Real History of the Origins of Halloween

There is something haunting in the light of the moon; it has all the dispassionateness of a disembodied soul, and something of its inconceivable mystery. ~Joseph Conrad

'Tis now the very witching time of night,
When churchyards yawn and hell itself breathes out
Contagion to this world.
~William Shakespeare

Halloween is a unique holiday where we traditionally, 'embrace our dark side'. We feed our fascination with the primeval part of our evolution. Most will scoff at beliefs in ghosts, ghoblins, vampires and other horrific creatures. However, alone in a dark house, the scratching on a windowpane or the creaking of floorboards sends a tingling down the spine and the raising of the hairs on the back of our necks.

Where did this tradition in which people revel in the many symbols of death originate? The word Halloween is derived from the Catholic Feast Day, All Saints Day (All Hallows Day) which is on November 1. This feast day was incorporated by Christians at this time to 'ease' the conversion of pagans to Christianity by blending traditions. As Halloween is the day before, it began as All Hallows Eve; finally shortened to All Hallows Eve and finally to Halloween.

The holy day Samhain (sow-en) of the early Irish Celts, celebrated the beginning of winter or the dark half of the year. It was celebrated with huge, sacrificial bonfires. Many of the traditions of Samhain were based on superstition. The day before Samhain was the last day of summer, while the day after was the first day of winter. As a day 'between' seasons, Samhain was considered by early Celts to be a magical time - the dead would walk among the living; spirits, ancestors and man could pass between worlds.

It is thought the early Celts spent three days celebrating the holy feast of Samhain - from October 31 to November 2. Deities (gods and goddesses), ancestors (the dead) and nature spirits were honored over these three days. Today, Halloween celebrates the supernatural (nature spirits), All Saints Day on November 1 replaces the celebration of Celtic deities and on November 2, All Souls Day honors the dead (ancestors). 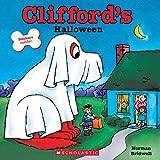 Origins of Halloween Customs and Symbols

Halloween is a blending of both pagan and Christian traditions. The pagan custom of dressing in costume and dancing around the sacred bonfire became intertwined with All Hallows Eve and Halloween was born. Many of the customs and symbols date back to ancient Celtic practices as well as to some which developed in more Medieval times.

Trick or Treating has its origin in a number of early superstitions and practices.The early Celts believed that the dead would play tricks on man and cause panic and destruction such as damaging crops. In order to appease these spirits, country people would give the Druids food as they visited their homes.

As well, an old Irish peasant custom involved collecting cheese, eggs and butter from neighbours to prepare for the festival of St. Columb Kill a festival celebrating the life of a famous Irish/Scottish saint.

A third origin of trick or treating is thought to come from the custom of 'souling'. On November 1, early Christians would visit numerous villages begging for soul bread (square pieces of bread with currents). The villagers expected that each piece of soul bread given would result in a prayer said by the beggars on behalf of their dead relatives. At this time, it was believed that the dead remained in limbo and that even prayers by strangers would speed a soul's entrance into heaven.

When the Roman Empire conquered the Celts, many Roman practices became intertwined with Celtic traditions. One of these was the worship of Pomona, the Roman goddess of the harvest whose symbol was the apple. It is thought that bobbing for apples is a custom derived from games of divination involving apples that began at this time

Turnips or potatoes were carved by Irish children and lit during Halloween to commenmorate Jack, a wicked villain so evil he was wanted by neither heaven nor hell. Rejected by all, Jack wandered endlessly looking for a place to rest, finding eventually a glittering turnip or potato. During the Irish potatoe famine, over 700,000 Irish immigrated to America where a large, orange squash was extremely plentiful. Bigger and easier to carve, the pumpkin became the preferred home of Jack in America during the celebration of Halloween.

Check out Part 2 of my Halloween Series