The year 2013 marked the 150th Anniversary of Thanksgiving declared by 16th President Abraham Lincoln on the fourth Thursday of November, 1863. I that year, the US President declared a second Thanksgiving as well in order to commemorate the Battle of Gettysburg. This fourth-Thursday holiday came about as a result of the lobbying of Sarah Josepha Hale, her magazine Godey's Lady's Book, and the growing Retail Industry in America. Beginning her own campaign for the holiday back in 1827, she persisted until she saw results, although they celebrated a Thanksgiving completely different than occurred in 1621 (for historic details, see Thanksgiving Images of Sarah Hale).

In 2013, additional preparations and improvements in the tourist and historic districts around Plymouth and Barnstable Counties, Massachusetts made the month of November more interesting in the Cape Cod Area.

Plymouth MA is the site of festivals, parades, and concerts during the weekend before Thanksgiving.

A New England Food Festival and a Farmers' Market operate among the tents along the route of the parade is popular. A historical village takes shape in Brewster Gardens and a children's learning center is active all weekend. Massasoit Community College offers Native American historical exhibits and a number of bands provide music. Dozens of additional activities and events fill the weekend. For particulars each year, visit http://www.usathanksgiving.com/

National Monument to the Forefathers 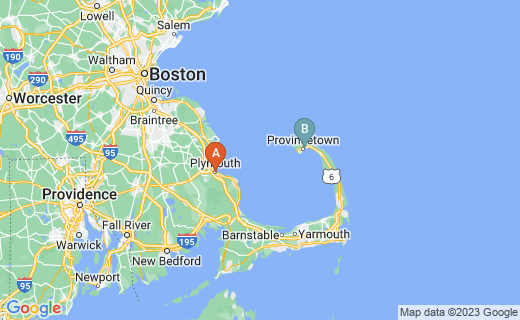 Outside of the Downtown Area

Walks Among The Pines and Ponds Of Plymouth And Surrounding Areas: Easy Hikes in and around the Plymouth, MA, area
Buy Now 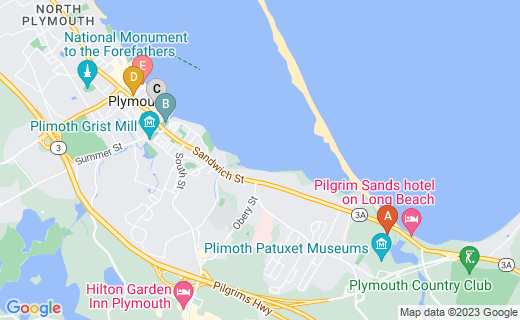 November in New England is too cool for staying at campgrounds, but a number of Bed and Breakast lodgings are available near the Plimouth Plantation and related historic sites. Many of these attractions have firmly stuck with the name Pilgrim and the Pilgrim images formulated by Sarah Hale.

Hall's Pilgrim's Pillow Bed & Breakfast was built in 1872 in Plymouth MA at 3 Sagamore Street.This B & B has very reasonable rates. It is near the National Monument to the Forefathers, Pilgrim Memorial State Park at the harbor, Brewster Gardens, Plymouth Center, and the historic Richard Sparrow House. Plimoth Plantation is approximately one mile to the southeast along Route 34, which is Sandwich Street that becomes Warren Street to the east. Plymouth Farmer's Market is located a few blocks to the south of the plantation. Plymouth Center is the nearby downtown district of the City of Plymouth and home to Plymouth Rock, the Mayflower II, and Pilgrim Hall Museum.

Bayberry Inn is also close the the Plymouth Center and its attractions, at 12 Hall Street. it is a restored Colonial house that overlooks Plymouth Bay. A jogging trail and bike path are across the street.

Along the Harbor B & B is located in the center of the downtown district with views of the Mayflower II. At 19 Winslow Street, it is very close to the Mayflower Society Museum.

Addition B & Bs are located in town, along with hotels like Comfort Inn, Radisson, and several others.

One unusual place to stay is the Blue Spruce Motel on Route 3A just six miles east of Downtown Plymouth and close to beaches. It features a breakfast buffet of cereals, boiled eggs, hard salami, breads, muffins, croissant, cheeses, fruit salad, yogurt, and beverages. A grocery store sits across the street ad the motel rooms of refrigerators. Within a short walk is the 42 North Degrees Restaurant, with reasonable prices. Rooms include a private deck, flat screen TV, and a variety of other amenities.

Additional accommodations can be found at www.usathanksgiving.com/hospitality.php