Ganesh Chaturthi is one of the most popular and auspicious Hindu festivals. Ganesh Chaturthi also known as Vinayaka Chaturthi is the birthday of Lord Ganesha, the symbol of wisdom and remover of obstacles. This festival is also known as Ganesh Utsav which means festival of Ganesh. Lord Ganesha is also referred to as Ganapati, Gajanana, Vinayaka, Vighneshawar and Pillaiyar. This auspicious day falls on the 4th day of the bright fortnight of Bhadrapada (August-September). This festival is observed throughout India, as well as by devoted Hindus in all parts of the world. This festival is widely celebrated in Maharashtra,West Bengal,Gujarat, Goa, Karnataka, Tamilnadu and Andra Pradesh. This year this festival date falls on Thursday, 17th September 2015.

This festival lasts for 10 days starting with devotees bring home a Ganesha Idol and offer him prayers daily and ending on Anant Chaturdashi day. One can also see huge Ganesh Statues in every locality pandhals during the period which attracts huge crowds to see and worship this Elephant God. One of the best Ganesh Mandals in Maharashtra is the Lalbaughcha Raja in Mumbai which is one of the most popular among pandhal hoppers. However, these days more and more people are turning to eco friendly Ganesh Idols instead of Plaster of Paris to protect the environment. This Ganesha idols are kept for 10 days from Bhadrapad Shudh Chaturthi to the Ananta Chaturdashi and worshiped with rituals and mantras and then taken on the 11th day in a procession where devotees sing and dance before immersing Lord Ganesh idol to the water symbolizing the removal of all obstacles and misfortunes of his devotees and retuning to Mount Kailash to his parents. This ritual of immersing Lord Ganesh Statue is known as Ganesh Visarjan. 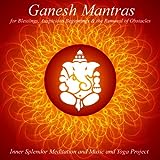 This Festival sees Organizations and Temple Committees vying with each other to put up the biggest statue and the best pandal. A popular sweet called modak which is a favorite of this Elephant God is made during the festival. Lord Ganesh is considered and auspicious God and a God who brings Good Luck and Fortune. This is why Hindus all over the World conduct Ganesh Puja on auspicious occasions like company inauguration, shop opening, housewarming ceremony etc to evoke this God. Fasting, Feasting sending Greetings and Distribution of Sweets are part of this festival. During this Festival many devotees and Organizations have the practice of giving Ganesh Chaturthi Gifts to near and dear ones or employees.

Some of the best or popular gifts given during the festival are Ganesh idols, Ganesh Rudraksha Beads, Gift Hampers etc. Those who want to send gifts to relatives and friends can also send gifts through Online Stores who deliver the Gifts along with Greeting Cards to mark the Occasion. May Lord Ganesha bless you all with health, wealth and happiness on this auspicious day!

How to make an Eco friendly Ganesha Idol at home