The Guru Purnima festival falls in the month of Ashadh of the Hindu Calender in the day of full moon. This year Ashadh Purnima falls on Saturday, July 31, 2015. Guru Purnima is also known as Vyas Purnima as this day is the day on which sage Veda Vyaasa who classified the Vedas, wrote the eighteen Puranas and the Mahabharat was born. He is considered and revered as the first guru of the Hindu Dharma and therefore revered on this day. Veda Vyasa is said to have even taught Dattatreya, who is regarded as the Guru of Gurus. The relationship between the Guru and the Disciple is considered very sacred. The Guru in the Hindu religion is looked upon as an embodiment of God himself. On the day of Guru Purnima, disciples offer prayers and reverence to the Guru in mind, action and speech. This day also has a special significance to the farmers and for those who want to begin your spiritual lessons or perform special spiritual rituals. The day also marks the beginning of ‘chaturmas’.

Who is a Guru? The Sanskrit ‘Gu’ means darkness or ignorance and ‘Ru’ refers to one who removes. Therefore the word Guru means one who removes darkness of our ignorance. Astrologically, Guru is represented by Jupiter which is the only planet that has the potency to nullify any affliction caused by the other planets. Guru Purnima festival celebration is Homage to the teacher or guru. Sadhus and Sannyasins are worshiped and fed on this day and Satsang on spiritual topics are performed on this day. The Guru Purnima is celebrated every year on a very grand scale at many Hindu ashrams and gurukuls where the disciples wake up early morning at around 4 ‘o’clock and meditate on the Guru and offer prayers after taking bath. Guru is worshiped just like God is worshiped with flowers, fruits, incense and camphor. On the day the sacred worship of the Guru's Feet is performed. Many disciples also keep fast by taking only milk and fruits the whole day and take fresh resolves for spiritual progress on the auspicious occasion of Vyaasa Purnima. Many disciples also observe a vow of silence on this day. 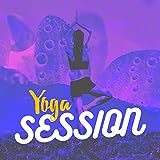 Meaning: Guru is a representative of Brahma, Vishnu and Shiva as he creates, sustains knowledge and destroys the weeds of ignorance. I salute such a Guru.

Do you think a Guru is worthy of worship?