On Tuesday, April 13, 2010 my father will celebrate his 91st birthday.  He has lived a long and healthy life, and I am blessed to still have my father around.  He is not as fast on his feet as he once was and doesn’t hear so well, but there is nothing to indicate he won’t still be around for awhile—especially since my mother is a youthful 81 year old lady who loves and cares for him very well.  He has lived longer than most of his contemporaries, and was once heard lamenting a “mistake” he made by outliving most of the people who might attend his funeral.  (I think he can be forgiven this error.)  He won’t say it out loud, but he will be hoping family and friends will visit.  I would like to do something more.  On this special day, I wish to offer a small tribute to my father.

My father's life in pictures

A tribute to my Dad

He was born in 1919 on Palm Sunday.  He was the third of five children and was the only boy.  He was raised on a farm, and the hard work that greeted him each day made him strong and determined.  He fashioned a powerful work ethic that served him throughout his entire life.

He was drafted into the Army and fought in Europe during World War II.  He was proud to be a soldier and serve his country, although he certainly would have preferred not to go to war.  His discharge papers were framed and hang on his bedroom wall.  If you came to his home for a visit, he would retrieve the framed papers from his room to offer you a better look at them.

When he returned to the United States, he married my mother and started a family.  I was the youngest of their three children, with an older sister and brother.  To meet the responsibilities of raising a family, he started a moving business named “Hank’s Delivery”.  He borrowed money to buy four trucks and hired a staff.  He went to the city newspaper and bought large sheets of newsprint to use for packing materials.  I remember paper stacked several feet high on the floor of the garage.  He allowed my brother and me to take sheets from the stack and draw on them.  We spread sheets on the hardwood floors and drew, planting the seeds for a love of art that I would always possess.  His service was a simple one but he ran it well, and it earned him a decent living.  He enjoyed his job and kept the business until he was too old to personally move furniture and appliances.  When he could no longer do the work himself, owning the business didn’t appeal to him.

My parents lived in a small three bedroom ranch style house in Lawrence, Kansas.  When the family needed more room, he helped with the construction of a garage and extra bedroom himself.  The neighborhood was new, and they were the original (and over fifty years later, still the only) occupants of the house.  It was a typical working-class neighborhood except that behind them loomed Memorial Park Cemetery.  Memorial Park gained notoriety as the final resting place for James Naismith, the man who invented basketball.

The strength and work ethic that life on a farm instilled in him served him well.  He worked long hours to send us to a private grade school where we received a superior education.  There was plenty to eat, and he made certain we had toys and games and books.  He took us on family vacations to see the beauty of the country we lived in.  We were not wealthy, but he spent very little on himself.  He was strong for us and concealed whatever fears he carried with him.  Despite his tough countenance, there was also a tender side to him willing to show how much he loved and cared for his family.  You never wanted to make him angry, but there was a gentle aspect to his nature that tempered the formidable presence he carried himself with.

My earliest memories of my father include seeing him in bowling shirts.  He bowled in a league on Wednesday nights, and I noticed his name sewn on shirts that seemed vaguely like military uniforms to my untrained eye.  He looked strong and powerful with thick, muscular arms.  When he returned at night from bowling, he would lie on his bed and read the evening newspaper.  I frequently wandered into the bedroom and lay down beside him.  Sometimes he read the comics to me.  We didn’t usually talk much.  I just stayed on the bed beside him while he read.  It was relaxing and comforting for me.

Dad was pleased when I developed an interest in sports, and we frequently discussed football and basketball.  I sat in the living room with him when the Kansas City Chiefs won their only Super Bowl title in 1969.  I was there again when KU’s basketball team won their third NCAA championship in 2008.  It brings a tear to my eye when he admits he likes to watch games most of all when I come over.

The years passed and he helped with college tuition and purchasing automobiles.  He vacationed each summer in Colorado to fish in the mountains, and sometimes I accompanied him.  Eventually his children moved away, and he retired from work.  He spent every spring and summer for the next decade gardening on a half-acre of land near the Kansas River.  He sold vegetables to the local produce store and gave away many more tomatoes, onions, and cucumbers.  The humble farmer’s life was still in his blood.

A life of hard work, love and caring is honored today

It is fascinating to observe how time changes one’s perspective. His home is comfortable and he has the things he needs. If you ask what he might like for a birthday gift, he will think for a moment and then suggest a black shirt. (He has more black shirts than Johnny Cash ever had.) The gifts are appreciated but not necessary, and he will accept whatever you give him graciously. Elderly people are very humble and so thankful for your consideration. They are masters at appreciating the moment—those precious times with family and friends that allow them to forget about their aches and pains for awhile. He is grateful for company and quick to express his pleasure at seeing you again.

He will look for visitors on his birthday, and I have arranged to go out for dinner in the evening. At the conclusion of our outing, he will ask when I’m coming back again. He’ll encourage me to visit any time I want, and to let him know if I need anything.

I will, Dad. Happy birthday.

More articles related to me, my family and family life 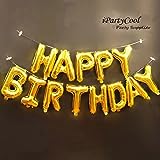 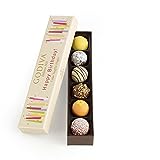