The Story of St. Valentine and Valentines Day

The Roots of Valentine's Day are Ancient

Like other major holidays, Valentine's Day began as a Christian feast day with strong secular influences. In a way it can be said that a number of secular traditions and practices that came to be merged with the feast day of a semi-legendary saint in the early Christian Church.

St. Valentine was a real person – actually persons as there are three saints named Valentine who lived and died in the same century. About all that is known about one of these Valentines is his name and the fact that he suffered martyrdom with a number of others in Roman North Africa in the early years of the Church.

A little more is known of the other two. Both lived in Italy in the third century. One was a priest in Rome and the other a bishop of what is now known as Terni in Italy. Ancient records also indicate that one of these men was put to death when he refused to renounce his faith and the other appears to have been executed for secretly marrying people in defiance of an edict banning marriages issued by the Roman Emperor Claudius II.

St Valentine is Honored and Remembered Down Through the Ages

Pope Gelasius I in 496 A.D. proclaimed February 14th as the Feast of St. Valentine. However, in 1969 St. Valentine was one of a number of ancient saints whose feast day was removed from the Catholic Church's calendar of official feast days.

The removal does not mean that the St. Valentines did not exist. Rather, it means that, given the scarcity of facts about their lives, it was difficult to justify keeping them in the calendar. Besides, the calendar of saints was becoming very cluttered and there was a need to remove those whose claim to sainthood was based more on legend than on verifiable fact.

But we can probably safely assume that the St. Valentines were real men who courageously lived their faith and devoted their lives to serving God and their neighbors.

Other factors come into play in making St. Valentine's Day a celebration of love and romance.

Some claim that the ancient Roman holidays honoring Juno, the goddess of women and marriage, and Lupercus, the god of fertility, both of which occurred in mid-February, are the basis of both the celebration of Valentine's Day in February and its connection with love and romance.

Although the Church denies it, some have made the claim that the motive of Pope Gelasius I in declaring February 14th to be the Feast of St. Valentine was to shift the focus of the ancient Roman holidays from pagan to Christian.

Whether this is true or not, what better substitute for pagan deities representing love than a sainted priest who was brutally killed on February 14th for the crime of marrying people?

Ancient Roman festivals aside, other traditions and customs also served to confirm St. Valentine as the patron saint of lovers and his feast day a celebration of romantic love.

During the Middle Ages in England and France mid-February was observed to be the time when birds began to pair and mate.

Spring, a time of new birth, was approaching and mid-February was a time when birds and other animals began mating in preparation for the births in spring. Spring, more than any other time of year, is the season most closely associate with romance as the thoughts of young men and young women turn to love.

The mid-February feast of St. Valentine became a good time to start turning one's thoughts to romance and the courting of one's love. Increasingly, St. Valentine's Day became a time for sending love letters and gifts to one's love. 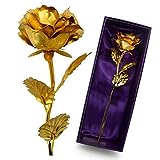 The custom of lover's celebrating St. Valentine's Day with letters and little gifts continued down to the nineteenth century in England and other parts of Europe. The practice continued in America but, in both Europe and America, it was more of a private than a public holiday.

However, this began to change when, in 1847 in Worcester, Massachusetts, Esther Howland designed a series of Valentine cards embossed with lace paper.

With the help of her father, she arranged to have them mass produced and then sold in the large book and stationary store that her father owned.

The inspiration for Esther Howland's cards was a Valentine card she had previously received from a friend in England.

The increasing affluence, literacy and low cost mass production that resulted from the Industrial Revolution in England and the U.S. enabled average people to participate in the holiday. Love letters and poems were no longer the exclusive province of the wealthy who had the necessary education and time for such activities.

Common people were increasingly literate and were beginning to have the spare time and spare money that enabled them to begin courting with letters and poems. Where commoners lacked the flowery vocabularies and poetic skills of the educated rich, they made up with the inexpensive but rich looking mass produced cards with their delicate designs and poetic expressions of undying love.

By the end of the twentieth century Halloween,Valentine's Day and Easter had joined Christmas in becoming major commercial holidays. Cards, candy, jewelry, are big items especially with Valentine's Day. While some complain about the commercialization of these holidays, they have always been times of sharing and having fun and today's world is no different except that we can afford more things.

LInks to My Other Valentine's Day Hubs