The state of Alabama participated in a week-long celebration, beginning Monday, December 9th, and ending on Saturday, December 14, 2013, to celebrate America’s Veterans and their service to Country, with a particular focus on family during the holidays. The purpose of Wreaths Across America Day is to “Remember the fallen: honor those who serve; and teach our children the cost of freedom.”

To get things started at 10:30 a.m. on December 9th, the state of Alabama held a Wreaths Across America State House Ceremony, where the public was invited, in the auditorium of the State Capitol. The Governor of Alabama, Robert Bentley, joined other state officials, veterans and family members for the special ceremony.

The ceremony stated with a Welcome by Mel Sinholster, President of Blue Star Salute Foundation of Alabama.

The Presentation of Colors was done by the Civil Air Patrol from the Bessemer Composite Squadron AL-087.

The National Anthem was sung by the Booker T. Washington Magnet High School Choir, under the direction of Milton Williams.

Laying of the State House Wreath

The Honorable Robert Bentley, Governor of the State of Alabama gave remarks.

Taps was played by the Alabama Army National Guard.

Tribute to a Fallen Soldier

The Civil Air Patrol of Bessemer, Alabama, and the Blue Star Salute Foundation, Inc. hosted the event at 11:00 a.m. on Saturday, December 14, 2013, at the Alabama National Cemetery in Montevallo, Alabama.

Communities across Alabama gathered together to honor veterans during the holiday season as part of the annual Wreaths Across America Day.

Alabama National Cemetery Is Only About 17 Miles from My Home 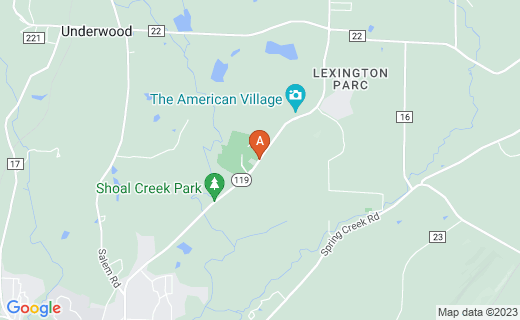 Did your state participate in The 2013 Wreaths Across America Day?

Where My Dad Is Buried, Fort Benning, Georgia

All of those wreaths on the grave sites with the red bows in honor of our fallen veterans is a beautiful thing to behold, but even more so, are seeing all the volunteers and family members of the fallen who come to participate in the laying of all of the thousands of wreaths.

What is also striking to me, are the crosses on each grave marker. Beautiful and powerful.

My dad served in the U.S. Army. I did not get a chance to drive over to Georgia, where he is buried to lay a wreath on his grave, but I am hoping that one was placed on it.