On the Fourth Day of Christmas Is the Gift a Calling Bird or Collie Bird?

Words Change with Time and Place

New Hubber, Mary Jane Danley, saw my Hub On the First Day of Christmas and sent me a request asking if the gift on the Fourth Day of Christmas was originally four colley (or collie) birds or four calling birds.

Now, centuries later, the song as is commonly sung in the United States and other former English colonies, such as Australia, Canada, etc., the four birds are frequently written and sung as calling birds.

While calling birds roll off the tongue easily and sound good to the ear, there is no such creature as a calling bird. Do a search on the web using the phrase calling bird or calling birds and most results will explain that this is simply a modern corruption of the old English phrase collie bird.

The Carol is Really About Food and Parties

Collie is a term derived from the word colliery which is an old English word for a coal mine. Collie or colly meant black like coal. So the collie birds in the song referred to blackbirds which are common in England.

Not only common but, in the Middle Ages the terms collie and blackbird were frequently applied to any type of bird that was black including, as one commenter on my On the Fourth Day of Christmas Hub stated, starlings.

During the Middle Ages and Tudor times, starlings were among various types of wild local birds that were kept in cages as pets. Various types of blackbirds were also eaten as food along with other game birds. So the lover’s gift in this case was one of food or a pet.

While men today will take their true love out to dinner at a fine restaurant they generally don’t give the woman they are courting a frozen chicken or turkey (or, worse yet, live ones) as gifts, we must remember that in the days when this song originated restaurants were rough taverns frequented mostly by men and food had to be either hunted, obtained from farms or farmers on market days.

Over the centuries customs and words change. The word collie did not follow English settlers to the colonies and in our era of science and more precise classification different species of birds have unique names.

And, not only didn’t the word collie follow the English to the colonies, it has also fallen into disuse in England and is no longer a common word there let along a generic name for blackbirds.

Given the changing customs and changing word meanings over the centuries it is not surprising that our interpretation of the song has also changed.

Just as the four collie birds in the fourth stanza of the song have morphed into the more understandable, but non-existent, four calling birds, in newer English speaking nations, the five golden rings in the fifth stanza have also changed.

While the fifth day’s gift remains five golden rings, the image in modern peoples minds and in most illustrations accompanying the lyrics is of five gold rings for one’s fingers. However, the five rings referred to five ring necked pheasants. Again, food was not as plentiful and as easily available as it is today so gifts of food were more common.

The Important Thing is that We Can Still Enjoy the Carol

In the end, it can be interesting to know the history and meanings of words of old Christmas carols but the important thing is the joy and pleasure we get from signing or listening to the carols.

And if the words and images in the song change with time that simply means that there is a timeless quality to the carol and that is good.

Links to My Other Hubs on the Twelve Days of Christmas 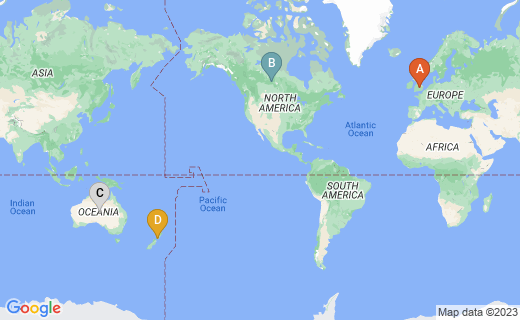 England where the Christmas carol "The Twelve Days of Christmas" originated during the Middle Ages.

North America(United States & Canada)which was colonized and once ruled by Great Britain and where English language and culture continue.

Australia, another land colonized by the English and where English language and culture continue.

Another of the many places in the world where English language and culture predominate.