The Hebrew Bible (TANAKH) describes Israel as a land blessed with seven fruits and grains:

"For the LORD thy God bringeth thee into a good land, a land of brooks of water, of fountains and depths, springing forth in valleys and hills; a land of wheat and barley, and vines and fig-trees and pomegranates; a land of olive-trees and honey;" (Deuteronomy 8:7-8)

These seven fruits and grains are called the seven species (shivat haminim). Israel is rich in many other fruits, grains and vegetables, but those seven species have special status.

The seven species symbolize the close relationship between the Jewish People and the Land of Israel.

The Seven Species: Stories and Recipes Inspired by the Foods of the Bible
Buy Now

The seven species are: 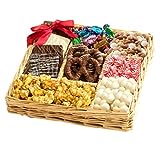 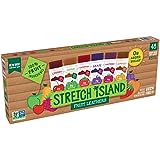 On Tu B'Shvat, the Jewish New Year for trees, it has become customary to eat and bless the seven species. I should say that Tu B'Shvat is marked by the time when almond trees start blooming. Though almond is not one of the seven species, it is the most visible sign of the arrival of Tu B'Shvat in Israel. The pink-white flowers of the almond trees fill the air with sweet aroma. Though I am not going to talk about almonds here, I'd like to give a picture of the blooming almond tree.

Fig tree in the Garden of Eden provided the first closing for Adam and Eve. Though not all agree that a fig was the forbidden fruit of knowledge of good and evil, I consider it just logical that Adam and Eve would take the leaves from the tree they were under, rather than running around the garden to reach for fig leaves.

Some interesting facts about the figs-

Although considered a fruit, the fig is actually a flower that is inverted into itself. The seeds are drupes, or the real fruit. Figs are the only fruit to fully ripen and semi-dry on the tree.

For many years the fig has been used as a coffee substitute. The fruit contains a proteolytic enzyme that is considered an aid to digestion and is used by the pharmaceutical industry.

And, because of its high alkalinity it has been mentioned as being beneficial to persons wishing to quit smoking.

A chemical found in figs, Psoralens, has been used for thousands of years to treat skin pigmentation diseases.

Figs provide more fiber than any other common fruit or vegetable.

We had a fig tree in the street where we lived, in Bet-Shemesh, Israel. Fruits were available in the late summer-early fall. Every time we passed the tree, we were grabbing some straight from the branches. Fresh or dried, fig is a heavenly delicious eat. I wouldn't sin for an apple, but it's hard to resist temptation of a fig.

In a small glass or metal bowl placed over a saucepan of hot water (or in a double boiler), melt chocolate, stirring. You can melt it in a microwave stove too. Dip one side of fig in chocolate, letting excess drip back into bowl, then dip into chopped nuts. Place on a waxed paper-lined tray and refrigerate briefly until chocolate has set. Place figs in an airtight container with waxed paper between layers. figs will keep, refrigerated, for one week. 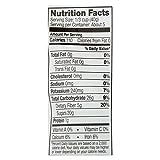 Pomegranate is a celebrity in a scale of ranks.

The pomegranate was chosen as the logo for the Millennium Festival of Medicine from a shortlist that included DNA, the human body, and a heart beat. Not only has the pomegranate been revered through the ages for its medicinal properties but it also often features in the heraldic crests.

Before its medicinal properties were described the pomegranate was held sacred by many of the world's major religions.

As Israel does not have a written Constitution, it is ruled by Old Testament laws. Pomegranate seeds are said to number 613 in average -one for each of the Bible's 613 commandments. The pomegranate's sculpture is featured in front of Supreme Court in Jerusalem.

The pomegranate was revered for the beauty of its shrub, flowers, and fruit-symbolizing sanctity, fertility, and abundance. The Song of Solomon compares the cheeks of a bride behind her veil to the two halves of a pomegranate. Depictions of the fruit have long featured in architecture and design. They decorated the pillars of King Solomon's temple and the robes and regalia of Jewish kings and priests.

I love pomegranates since I was a child. I didn't like pomegranate juice separately, but I was chewing the arils, I liked how they explode in the mouth. To chose a right pomegranate in the grocery store is not hard. A ripe fruit should be glossy, the surface should not be damaged. Try a pomegranate in your hand, it should feel heavy on your palm for its size.

Peeling a pomegranate may be messy, as arils have a tendency to shoot red juice that leaves spots. To make the process less frustrating, you may do the job in a bowl of water, it will save you lots of mess. Scoop a cone from the top (crown area) and bottom of a pomegranate, cut the fruit in four parts. You may just score the skin from top to bottom around the pomegranate every few inches, just as you would do to an orange to make it easy to peel. Put the fruit in a bowl with water, break it into parts and roll arils with your fingers out of their trap. Arils will sink to the bottom and the white garbage will float on the surface of water.

I personally prefer my old childhood way of eating the seeds, which works only in childhood and only in a river or in a lake. While you are in a water, just teeth arils out of pomegranate quarters.

The best recipe I've ever tried

You will need one pomegranate and a pack of chocolate chips.

Remove all the seeds as described above, then lay them out on paper towels to let them dry.

Lay out a large sheet of wax paper on a cookie sheet which will fit inside your refrigerator.

Melting the chocolate the easy way: put the chocolate chips in a glass container and microwave them until they're melted, stirring occasionally; don't overdo it so that chocolate will not burn or get tough.

Add the pomegranate seeds to the melted chocolate (making sure the seeds are not wet on the surface, or else the chocolate can seize) and fold gently with rubber spatula until the seeds are thoroughly covered, then spoon out globs of the mixture, whatever size you like, on to the wax paper.

Place the wax papered cookie sheet in the refrigerator and let the chocolate-covered seeds cool overnight (or for as long as you can stand before tasting them).

Keep refrigerated- they should keep for 3-4 days, at least, although I doubt they'll last that long once you taste them.