Love You Forever by Robert Munsch

I love you Mom!

When I think of my own mother I cannot help but think of the book by Robert Munsch called, "Love You Forever." My mother has always told me, "that I would never understand what it was like to be a mother until I was a mother myself." I think she is right.

When my grandmother became old and needed to be taken care of, my mother and father were there for her. They took her into their own home and cared for her as long as they were physically able to. It was a hard thing for my mother to see her own mother become the one who required care instead of being the care giver that she always was. This cycle of life is one that requires growth for everyone involved. This was our Heavenly Father's plan, showing his tender mercies in all areas of life.

When my grandmother passed away, my mother spoke at her funeral services, and read this book, "Love You Forever" to the crowd that attended. The story tells of the stages of life that both a child and a mother encounter, and how the love of a parent crosses over generations of time, even until eternity.

I hope you enjoy the book as much as I do. 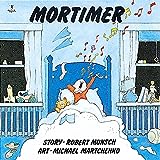 A gifted storyteller, finding his way was a difficult journey.

Robert Munsch was born in Pittsburgh, Pennsylvania, one of nine children in his family. Although he was not really good in school, he loved to write poetry. In high school he decided to be a Catholic Priest, so for the 7 years following high school he studied to be a Jesuit priest.

While he was studying for the priesthood he also attended college and received a Master's degree in Anthropology. At the same time he was attending college, he worked part-time at an orphanage and discovered he loved working with children. Leaving the ministry, he went back to school for a year at the Elliot Pearson School of Child Studies at Tufts University in Massachusetts to become a teacher. Robert made up his first story while he was on a student teaching assignment, called "Mortimer." This story took 12 years to become a book.

While working in the daycare industry he discovered he could make the children be quiet during nap time by telling them stories. For 10 years he told stories, not recognizing this as a special gift, he never bothered to even write them down. Not until he lost his job because of funding did Robert find his way to being heard by a children's librarian, telling his story during story hour, and was given the encouragement to publish. 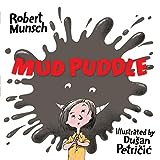 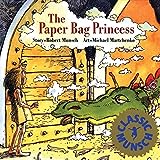 His first attempt at writing involved 10 stories that he sent to 10 different publishers, nine rejected him but one said "Yes" to his story called "Mud Puddle." Having moved to Canada in search of work when he was first unemployed, he became a Canadian citizen and published in Canada. He soon became Canada's best selling author, but not until he published the book "Love You Forever" did he also receive the same standing in the United States.

Since that time Robert Munsch has written and published 42 books, the latest being "Smelly Sox."

Studying this man I have come to find him endearing, but my favorite story about him must be told in his own words:

"In 1999 I stayed with a family in Sidney, British Columbia. They live out in the middle of the coastal rain forest and the kids happily dragged me through several kilometres of forest and swamp, which they felt was their back yard. Their real back yard was fenced and had 4 large dogs whose job was to eat any mountain lions who happened to jump the fence. We saw no mountain lions on our walk, and I don¹t know if any mountain lions saw us. The whole purpose of the expedition was to climb "Mt. Everest" . "Mt. Everest" turned out to be a small rock knob. When we climbed it, there in clear view, was the fenced back yard of their house. I told Jon, age 7, that it seemed there was a shorter way to Mt. Everest. He said, "It's not Mt. Everest if you come that way". I think he has hit on some sort of universal truth and here it is -------> JON'S RULE: Where you are depends on how you get there. Which is the story of my life and yours too." Robert Munsch

The perfect gift for your Mother.

If you are looking for the perfect gift for your mother this Mother's Day, or any day... may I suggest this book. It is a wonderful way to pay tribute to the woman who rocked you to sleep and sang you lullabies.