Maundy What?!: A Quick Guide to Holy Thursday

The Thursday before Easter is a Catholic holiday known as Maundy Thursday, or Holy Thursday.  In 2010 this holiday falls on April first.  Although traditionally Catholic, Holy Thursday is recognized and celebrated by different branches of Christianity in a variety of ways.  Across a majority of the groups, however, a few characteristics of this holiday remain the same.

The books of Matthew, Mark, and Luke relate very similar stories. The account in John, however, goes into much greater depth as it begins in chapter 13 and goes on to relate Jesus' final words in chapters 14 through 17.

Another New Testament author, Paul, later writes to people of the Corinthian church and recounts Jesus' central actions at the Last Supper:

For I received from the Lord what I also passed on to you: The Lord Jesus, on the night he was betrayed, took bread, and when he had given thanks, he broke it and said, "This is my body, which is for you; do this in remembrance of me." In the same way, after supper he took the cup, saying, "This cup is the new covenant in my blood; do this, whenever you drink it, in remembrance of me." For whenever you eat this bread and drink this cup, you proclaim the Lord's death until he comes (1 Corinthians 11:23-26).

What is the Last Supper?

The Last Supper is the final meal that Jesus shared with his disciples prior to his crucifixion, death, and resurrection. This supper was probably related to the Jewish Passover meal, if not an actual celebration of this holiday. During the Last Supper, Jesus told his followers about his imminent suffering. He then provided the symbols for his sacrifice of flesh and blood, represented by the broken bread and poured wine, which are now familiar to Christians as the Eucharist or communion. Also during the Last Supper, Jesus washes the feet of his disciples, revealed to Judas knowledge of his betrayal, and predicted Peter's own coming denial during Jesus' crucifixion.

The Last Supper in Luke

When it was time, [Jesus] sat down, all the apostles with him, and said, "You've no idea how much I have looked forward to eating this Passover meal with you before I enter my time of suffering. It's the last one I'll eat until we all eat it together in the kingdom of God."

Taking the cup, he blessed it, then said, "Take this and pass it among you. As for me, I'll not drink wine again until the kingdom of God arrives."

Taking bread, he blessed it, broke it, and gave it to them, saying, "This is my body, given for you. Eat it in my memory."

He did the same with the cup after supper, saying, "This cup is the new covenant written in my blood, blood poured out for you.

In the Gospel of John's Last Supper account, Jesus tells his disciples, "'A new command I give you: Love one another. As I have loved you, so you must love one another. By this all men will know that you are my disciples, if you love one another'" (John 13:34-35). The term Maundy Thursday derives its origination in this phrase. "Maundy" comes from the Latin "mandatum," which means "command," referring to Jesus' "new command" as revealed in John's gospel. 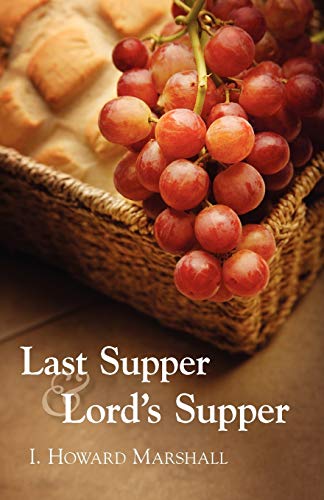 All writing copyright of Beth Morey, 2010. Reproduction/reprinting is prohibited, although linking to this hub as an information source is permitted.

Talk back! What are your thoughts on Easter and Holy Thursday?